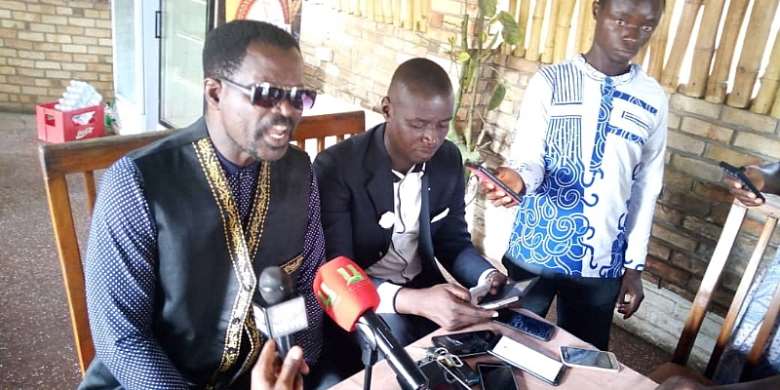 Ghanaian expatriates living in Spain are calling on Akufo-Addo to as matter of urgency remove Ghana's Ambassador to Spain, Ambassador Elizabeth Agyei from office.

They accused her of inhumane and unpatriotic attitude towards Ghanaians in Spain.

The Ambassador who was reappointed by His Excellency AkufoAddo to serve three more years as Ambassador, after serving as an Ambassador under John Mahama's government.

In a press briefing to express their displeasure in Kumasi Monday, Mr Opoku Dunkan Boateng, the Coordinator for Ghanaian expatriates in Spain said, Madam Elizabeth should be removed to salvage the interest and livelihood of Ghanaians living in Spain.

According to him, the Ambassador's posture towards the processing of their passports is unbecoming denying many people their stay in Spain.

"She is denying the processing of passports of Ghanaians to secure their stay in Spain. Even if she agrees to process the passport, she charges between €300 and €500 which is highly exorbitant as compared to any African country," Mr. Boateng lamented.

Below are his comments:
The Ambassador through fraudulent and dubious means has formed an association known as Ghana Union when a Ghanaian wants a passport and visit the office of the Ambassador to request for one, the Ambassador would direct the person to go to the union Chairman to fill a form. The Chairman before issuing the form charges €30 which is not part of the actual cost of the passport".

When a Ghanaians goes to the office of the Ambassador to process a passport, she (Elisabeth Agyei) forces them to switch off their phones, a situation they find very strange to understand.

The official language spoken in Spain is Spanish but when a Ghanaian goes to the embassy to process a passport, they are forced to speak English else the Ambassador and her workers would throw you out as a goat, another situation they see as unfathomable.

The Ambassador is behaving as if he is not part of Akufu Addo's Government. The most annoying issue is that Elizabeth Agyei, who had vowed to amass worth using her office as Ambassador, processes Ghanaian passport to Nigerians at fastest pace and at a very moderate cost.

Ghanaians living in Spain hereby petitioning the President Of Ghana, His Excellency Akuffo Addo to as a matter of urgency make it clear the actual cost of processing passport to Ghanaians in Spain.

Again, to dissolve the Ghana Union which the Ambassador is using to exploit the poor Ghanaian living in Spain and to fast track the processes and issuance of passport within one week interval because their survival in Spain resides in the passport.

Also, the rule of speak English at the Ghana Embassy must be abolished. They are Ghanaians and therefore must speak Ghanaian language.