The Trouble with Feminism 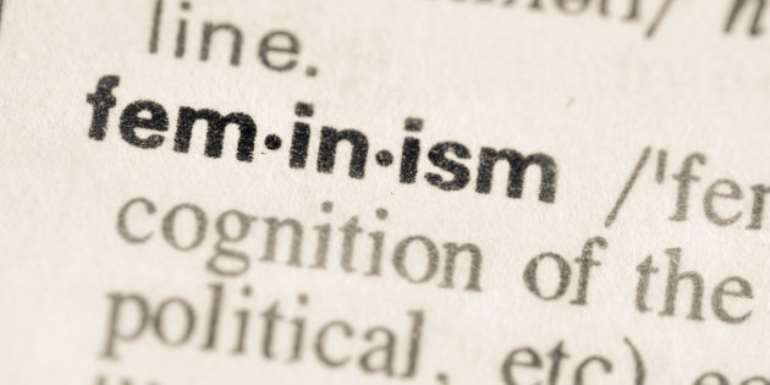 Growing up as a little boy, I was overprotective of my mom. Any interference with her emotional well-being had a tremendous spillover effect on me. That included any time she had a verbal altercation with my dad.

One night, when I was just around seven years, my dad had returned home from work and everything seemed normal. He asked me and my siblings about our day at school while he munched his dinner. After that, he went to take his shower. My brothers and I also slipped into our bedroom. Our bedroom was just adjacent to my parent’s own, and as a result, it was possible to eavesdrop on their conversations. Deep that night, I overheard a sudden outburst or a flare-up of hostilities between my dad and mom. Their voices grew loud.

At a point, I could hear my mom sobbing! I became incensed and deeply worried. I tossed the idea of getting up from my bed and rushing to my parent’s bedroom but another thought told me not to. I couldn’t sleep that night. I gnawed from one end of the bed to another until the break of dawn when mom came to wake us up to prepare for school.

When I got up, I stole a flash at my mom’s face. It was soaked, blinded and choked with tears. This couldn’t be my mom! All I saw in front of me was a woman who has been emotionally bruised and battered. She tried to fend off and shield her tears from me and my siblings but it was too glaring to hide.

I was deeply worried. With heavy emotions, I asked, “Mom, why were you quarreling with dad last night?” With a shriek shaking voice, she replied quickly “we were not fighting,” adding that “I’m not well today so stop talking and hurry up for school.” I could see her trying to fight off her tears albeit shield her marital issues from her children. But emotions gave her away; she could not stop the stream of tears gushing out in torrents from her eyes.

At school that day, I could not think straight. I was completely lost in class. All I saw before my very eyes was a replay of the events the night before. For one week, the once bright witty boy became withdrawn, moody and depressed. But for the vigilance of my class teacher, I can’t imagine how long I was to remain emotionally bruised. I had suddenly lost focus in class.

My teacher invited my dad to school and explained to him how I had all of a sudden changed in class. It was at the point that I mastered the courage to open up to him about how his altercations with my mom affected my psychological well-being. From that day, I never witnessed a single occasion where dad and mom fiercely argued except friendly arguments about not-so-important issues.

Despite me never seeing a single occasion where the burly man and strict disciplinarian physically assaulted my mom, it took me years to forgive my dad for the single verbal banter I witnessed him exchange with my mom. In my tender mind, I considered him as a bad example of the husband I would want to be when I grew up. Well, with the benefit of hindsight, I think I overreacted and naively thought my dad was a monster at the time. After all, couples will from time to time have little disagreements.

From that period, I charge with rage any time I hear a story of someone abusing the wife even if it is a news item on television.

I carried this thought to the university. As a Communication Studies student then, I took a course on Media and Gender. Prof. Andy Ofori-Birinkorang, who handled the course had an interesting way of lecturing that always got everyone wide awake each time he was in the lecture room. Apart from his deep knowledge of the course, he had a unique professorial style of lecturing that stimulated intellectual discourse and debate.

The course was an eye-opener. I appreciated some of the genuine structural inequalities that caged women and put them at a disadvantage. That was the first time I came across the term feminism. I was convinced when women are empowered, men are the ultimate beneficiaries. After all, my mom was quick to send me money most of the time I needed it. I imagine what will be of me if my mom had no means of income.

As an averred admirer of women’s empowerment, I immediately identified myself as feminist with the firm commitment to speak against all forms of discrimination that infringes on the well-being of women.

For me, feminism was just a logical and natural extension of democracy and human dignity that ensured women empowerment with a strong emphasis on helping women attain social, political and economic dignity.

When I entered into the world of work however, I encountered a new breed of feminism that was entirely opposite to what I had known. I was now introduced to a different kind of feminism that was brutal, antagonistic to men and unopened to a diversity of opinions. Its adherents could be akin to men-hating shrews or misandrists!

On social media, it was no different. Then in the midst of this confusion, a group of feminists started a movement known as the Pepperdem Ministries who copiously demonised cooking and likened it to slavery.

At the heat of this melee, another group also popped up. This time championed by a renowned female journalist with the Multimedia Group, Afia Pokuaa also known as Vim Lady. Their movement was christened the Sugardem Ministries, ostensibly, to counteract the Pepperdem Ministries.

From that point, I became confused. If feminism is about women empowerment, how come two rival women groups are jostling to outdo each other? If feminism is about empowering women, why would another set of women try to undermine a group of feminists who claim to be fighting for women’s rights? The term feminist was no longer appealing to me. At best, I felt comfortable to be identified as women empowerment advocate

Life went back to its default state until recently when US ex-feminist Candace Owen, opened the pandora box while speaking at Turning Point, USA’s Young Women’s Leadership Summit in Texas. She took a strong swipe at modern-day feminism, describing it as a scam.

Her utterances have awakened the never-ending debate about whether or not feminism is truly about the liberation of women.

There appears to be varied ideological spectrums that have filled the space and kind of denting an otherwise good concept that can be credited for championing the #MeToo campaign which encouraged women to open up about their sexual harassment experiences. The likes of Harvey Weinstein and Bill Cosby were roundly accused and dragged to face the law.

So what is wrong with feminism?

The sensible thought I could form is that there appear to be too many voices, sometimes colliding with each other, operating within the same framework where the dominant lexicon is feminism. This has in effect blurred what feminism truly means.

Unlike religion which is guided by a holy book or scripture considered by adherents as divine, feminism lacks a universally accepted blueprint that unambiguously defines feminism in a more concrete format. Rather, what we see is that feminism means different things to different people.

In particular, several polls in both the US and the UK —the birthplace of modern feminism— have found that only a minority of people identify themselves as feminist even though an overwhelming majority agree that men and women should have equal opportunity. For instance, a poll for Vox found that only 18 percent of the respondents identified themselves as feminists, yet 85 percent of them said they believed in equality for women. In another survey, fewer than one in five young women would call themselves a feminist, in the UK and the US . In another poll , four out five people in the US or the UK believed in gender equality but an abysmally one out of five would want to be identified as feminists.

That might come as a surprise as feminism - the advocacy of women's rights on the grounds of equality of the sexes - is now seen somewhat as an antithesis to women empowerment.

Connecting all these dots give any impression that the term feminism has been caught up in an ideological cobweb of uncertainty and is constantly drifting into an endless spiral of confusion.

Perhaps, feminists need to redefine their approach and make it more embracing and less conflicting.