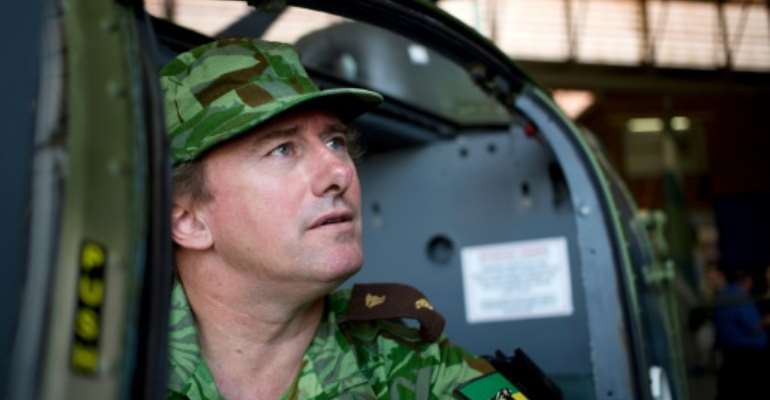 Manchester-born Lee White, a well-known conservationist, has been put in charge of Gabon's forests. By KAREL PRINSLOO (AFP)

Here's your new job: You have to protect the country's precious tropical forests. You have to stop illegal logging and fight the entrenched corruption backed by powerful forces which goes with it. By the way, you are a committed environmentalist -- and you are foreign-born.

This is the challenge facing Lee White, a green activist born in Britain, who this week was named minister of water and forests in Gabon.

White, who has lived in Gabon for three decades and is a citizen, takes over one of the most sensitive jobs in the central African country.

Long-running tensions between logging and conservation have been sharpened by corruption and falling revenues from oil, Gabon's main money-earner.

"My appointment was a surprise for many people here," White admitted in an interview with AFP after President Ali Bongo Odimba appointed him on Monday.

He said Bongo had asked him to "put an end to bad practices... (as well as) the corruption in the ministry".

White acknowledged the scale of the tasks ahead.

"We have to sustainably manage the Gabonese forest to improve the living environment of the Gabonese people, to stabilise its natural treasures and to preserve our ecosystems," he said.

Almost 80 percent of Gabon is covered by forests.

The forestry sector is a historic pillar of the economy, accounting for 17,000 jobs and 60 percent of output excluding oil.

About a quarter of Gabon's population live in rural areas, and many people depend on the forests for food and livelihood.

Trunk call: Forest elephants are one of the treasures in Gabon's national parks. By Amaury HAUCHARD (AFP)

At the same time the forests themselves are a treasure trove of biodiversity, much of it rare or endangered.

They are a haven for great apes, forest elephants and the black panther, as well as rare species of trees, some of them giants towering up to 60 metres (200 feet) high.

White, 53, was born in the northwestern English city of Manchester but grew up in Uganda -- in a biography he recalls fighting at school with the son of former dictator Idi Amin.

Down to work: White was born in England, grew up in Uganda and moved to Gabon 30 years ago. By STEVE JORDAN (AFP)

In 1989, he arrived in Gabon, where he studied for a doctorate in zoology.

He took up Gabonese nationality in 2008 and the following year took over as head of the National Parks Agency (ANPN), a massive conservation project of 13 wildlife zones set up by the late president Omar Bongo, the incumbent's father.

He was decorated by Queen Elizabeth II in 2010 for his dedication to nature conservation in Central Africa.

Lee's high-profile defence of the rainforest and wildlife -- often with the verdant Raponda Walker Arboretum near Libreville as a backdrop -- made him a familiar face in the national media, which dubbed him "Monsieur Vert" ("Mister Green").

Bongo turned to him for the job after firing the last forestry minister over a timber-smuggling scandal.

Analysts say the job will require remarkable skills, juggling tact and principles, as well as rock-solid support from the top.

"This appointment can only be good news for protectors of the environment in Gabon," said Gaspard Abitsi, director of a US-based NGO, the Wildlife Conservation Society (WCS), in Gabon.

"He is perfectly familiar with the challenges of conservation on a national and international level."

Others are more cautious about the prospects of reform.

"There are enormous management problems at the ANPN, and this agency only accounts for 10 percent of the land," said Marc Ona, president of an NGO called the Brainforest Association and a member of the opposition.

"From now on, Lee White will have to manage all of the forests in Gabon... If he hasn't succeeded at the ANPN, why would he succeed with the whole expanse of the territory?"

"The problem," said Ona, "is not which individual heads the ministry but the whole forestry system, which is corrupt."

In a report issued in March, a British NGO, the Environmental Investigation Agency (EIA) pointed the finger at a Chinese group, Dejia, which has widespreading logging interest in the Congo Basin.

It accused the firm of exceeding its logging quotas and spinning a web of patronage extending to ministers as well as the opposition.

Forestry is one of Gabon's biggest industries but excessive logging and corruption are entrenched, say critics. By DELPHINE RAMOND (AFP)

The then forestry minister, Guy Bertrand Mapangou, initially lashed the report as biased and "inquisitorial" and seeking to "discredit" the country.

But within weeks, the government suspended Dejia's licence at two logging sites.

In February and March, authorities had seized nearly 5,000 cubic meters (176,000 cubic feet) of banned kevazingo wood -- the equivalent of about 150 large container-loads, valued at around $8 million (seven million euros).

The contraband timber was found at storage sites belonging to Chinese companies at Libreville's Owendo port -- some of it disguised in containers bearing the stamp of the forestry ministry.

Kevazingo, also known as bubinga, takes many years to mature. Logging the wood is illegal in Gabon, but the temptation to flout the ban is huge. In Asia, kevazingo can fetch up to $2,000 per cubic metre.