A Letter To The Atheists 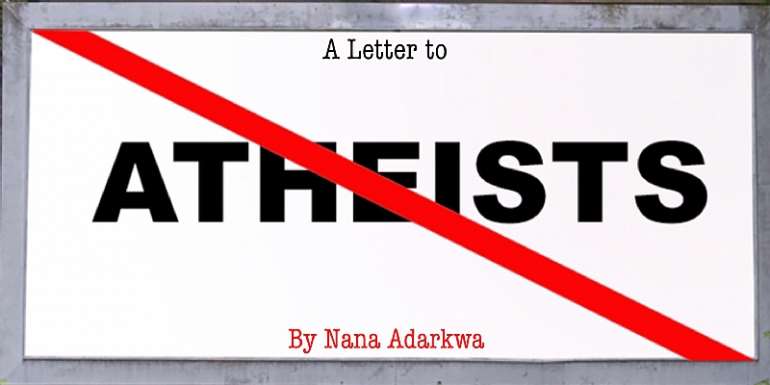 Dear Atheists,
Disbelief in the existence of God is not equivalent to believing that God does not or cannot exists. The paradox in the existence of God seems logically impossible that such a God could exist but it’s worth it, because that’s enough to make Him God and prove that there is. No wonder some of you are atheists through skepticism. Skeptical atheists assume by default the nonexistence of God. However, God in diverse ways interacts with our universe and the effects of His interaction is highly detectable. Have you ever imagined where you came from? Has the origin of arts, mountains, sea, and all creatures in the universe ever beat your imagination? Well, I know your answer would be ‘science’ or some ‘philosophical justifications’. But have you thought of the origin of your science and your philosophies too? Beloved, the inventor of all these is the God of Eternity.

Atheists see no evidence of God and His existence because you are unwilling in your souls to see! What else do you want to see or hear? A definition of God? Objective and compelling supporting evidences? See, there are no definitions that could match Him and no evidences than the beauty of nature.

Atheism repudiates belief in God or any sort of deity not recognizing that you’re misled because there is no debate about who God is. You don’t even realize Him but you encounter Him everyday.

It’s about time I present to you through my essay who God is so you can understand and acknowledge His existence. What if I tell you that you are a masterpiece of art because God is creative. Why then do you insist of giving Him no credit? God is the Creator, God is forever creative, He is the Greatest, He is Everything and God is the Name above names. God is more than you could ever need, He is more than the eyes could see and more than the mind could understand. God is indescribable, if I could describe Him, He won’t be God. Apparently, you can’t describe perpetuity.

God is the inspirer of this essay and eventually when the very final breath comes, at least I know I was grateful for acknowledging Him as the God Almighty.

So finally to you atheists, if there were no God, there would be no atheists so stop saying there is no God because even when you insist He is worthless, He says you are priceless.

I'm a Ghanaian essayist and a tutor with many years of working experience with interest in religious write-ups, national issues, and analysis.