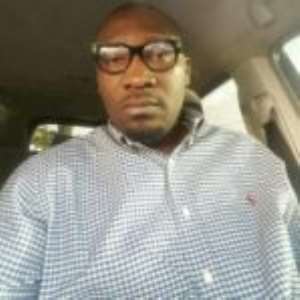 The Deputy National Organizer of the Opposition National Democratic Congress (NDC), Chief Biney Hamilton Nixon says President Akuffo Addo seem too comfortable with his appointees who get themselves embroiled in corrupt practices hence refuses to prosecute them.

He made these remarks while delivering a speech at a symposium organized by the Tertiary Education Institutions Network (TEIN) of Koforidua Technical University.

Chief Biney explained, that “corruption is now a household name in the Akufo-Addo led government. The popular description given to President Akufo-Addo by most Ghanaians is Clearing Agent. But I personally think that corruption should have been the President’s surname because he appears to be too comfortable with his corrupt appointees.”

He further stated that the litany of corruption cases, most of whom are orchestrated at the Presidency, paints a picture of a government which provides comfort for corrupt individuals.

The NDC Organizer cited the BOST scandal, that saw the sale of 5 million litres of supposed contaminated oil for 15 million cedis and wondered why the President through the Bureau of National Investigations, quickly cleared the CEO of BOST then, Mr Alfred Obeng off any wrongdoing but the report from the committee led by Mr Senyo Horsi, who is the Chief Executive Officer of the Chamber for Bulk Oil Distribution Companies describes the deal as fraudulent and criminal.

He said such actions by the President encourages his appointees to dupe the nation.

Chief Biney calls on all members of the NDC to rally behind H.E John Dramani Mahama and change the Akufo-Addo led government come 2020.