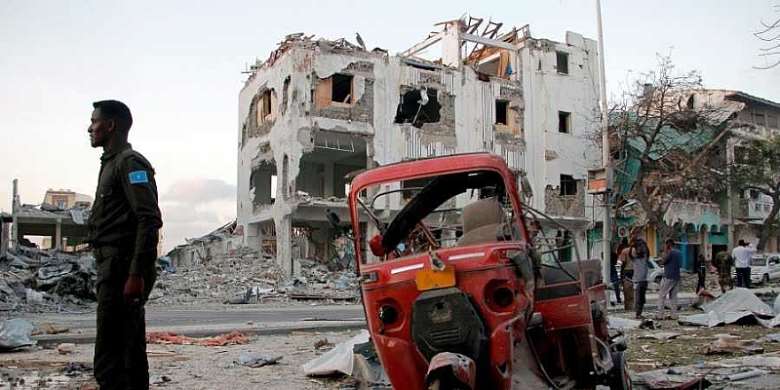 What goes through your mind when you hear the word, Somalia? I’m sure that for most people, including fellow Africans, they think of it as a place where nothing good can come from. Foreigners have often referred to Somalia as a black country, not because the inhabitants are black but because of the persistent problems of Somalia.

Top 10 Problems of Somalia
1. Endless Poverty
It is widely believed that somalia is a poor country even by the Somalis themselves. If that were true, why then did the colonists come? Somalia have some of the most valuable natural resources that form Oil and Uranium for thel industries responsible for the growth of the developed world yet the people living in Somalia are poor. Humanitarian organization such as UNICEF, WHO, and Doctors without Borders among others survive on portraying Somalia as a dark poor country to get funding for their quire operations in the country.

2. Over-dependence on International Aid
It is hard to find a Somalia that is debt free and the creditors are the so-called ‘Elite Continents’. The introduction of the International Aid was originally welcomed to get Somalia on her feet. Soon the lenders started controlling Somalis leadership through these Aids. The leaders, on the other hand, relinquish responsibility to their subjects and country. They peg the running and growth of their state to International Aid instead ensuring they use the Aid to spark their own development that would bring about self-sustainability and independence.

3. Lack Of True Leadership
The wisest man ever to walk this earth, King Solomon, said that where knowledge lacks, people perish. It is obvious that Somalis are perishing not for anything but because they lack knowledge. Somalia is unique with unique problems and so the knowledge of the west is incompatible with the needs of the country. In as much as Somalia has brilliant people, they are unable to identify an indigenous system, coach, educate their future leaders to offer the leadership that the country needs for prosperity and in turn tackle the unique problems of Somalia.

4. The Rich Subaltern Mindset
If you take a good look at the Somali society, you will realize there are two sets of people: Those known to work their hearts out and still not make a living and those that do very little or nothing and live lavishly. The difference between the two is that the former set does not have contact with the elites while the other does. Those in contact with the elites work either for or with the whites. Their service is to foreign masters through their companies, NGOs or other organizations. One of the major problems of Somalia is that this latter group is admired by young Somalis, making them believe that you have to serve a ‘white man’ to achieve anything meaningful in life.

5. Endless Conflicts
The problems of Somalia are still very much tied to wars and conflicts. The country is known to be a place where a brother kills a brother and a son a father. You would wonder why people who have lived alongside each other for generations suddenly decide to attack their neighbours. While the elites tell the world that these conflicts are fueled by Tribal intolerance, they create the tribe groups themselves. Look at how the country is unstable where rebels attack the government. Who funds them? Where do they get those sophisticated weapons? Your guess is a good as mine.

6. Ignorance Of The Intellectual Principles
As already been mentioned, lack of knowledge is a recipe for failure and one of the major problems of Somalia. Somali leaders seem not to understand the principles or rules that govern the destination of a people. The elites have understood these principles namely, the Darwin, Machiavelli, and Hegel. These people understood the mindset of the elites and put it in books for everyone, including Somali leaders to read, understand and apply. The elites understood principles and they are applying Them to achieve imperialism.

When colonialists invaded Somalia, they claimed to bring the good news of education, religion and trade. Well, they delivered on their promise but not in a manner that could help the indigenous Somalis to be self-sufficient. Instead of educating the Somali child on science and technology, they favoured literature and subaltern mindset that would equip graduates with knowledge only good enough to enable them to assist these people in running their colonial governments.

8. Poor Understanding Of the World
For Somalis to achieve anything meaningful, they need to understand what is going on elsewhere in the world as these serve to shape their lives. The problem is that most part of the community only know too much to enable them to live in their immediate environment. This occurs because of lack of an international intelligence network capable of promoting their understanding of distant lands.

9. The So-Called Crab Mentality
Have you put several live crabs in one bowl? If so, you know you do not have to worry about one of the crabs getting out because the rest will make sure it does not happen. Some Somali leaders have the tendency of leading others into a ditch while they get a reprieve. If Somalia has to succeed, she has to jettison the crab mentality of underdevelopment and pursue unity of power and purpose.

10. Media Injustice
If you have been watching international media, you will realize that they can never depict Somalia positively. Should a Somali do a great thing, they may run the story but will give credit to another “white man” they claim to have made it possible for the Somali to achieve his goal. The negative portrayal international media gives to Somalia makes the foreigners think of this great country as the darkest part of the world.

Akuffo-Addo's reaction to calls for a reshuffle is disappoin...
1 hour ago