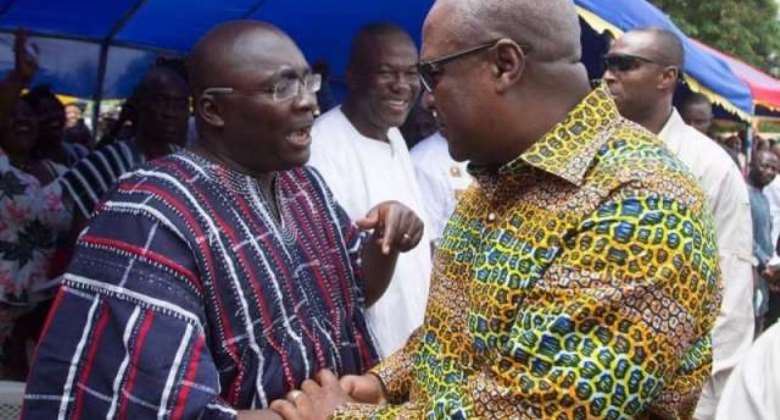 Former President of Ghana and leader of the National Democratic Congress (NDC), John Dramani Mahama has said the reality of Ghanaians’ living conditions will expose Dr. Bawumia and his government if he continues to lie and engage in propaganda with the economy.

Mr. John Mahama, who was speaking at a public lecture on Ghana’s economy on Wednesday, April 4, 2019 under the theme: “The State Of Ghanaian Economy: Myths And Truths”, organized by the Coalition For Restoration, a pro-NDC pressure group indicated that Dr. Bawumia was only engaging in pure public relations gimmick while hiding the real ills of the economy for propaganda purposes.

According to Mr. Mahama, Public relations (probably one of the best course in Communication studies) “is an act of using different instruments to either maintain or improve the image of an institution or a person.”

“And so, in putting out your communication as a public relationist, you try to present your institution or the person that you are trying to promote in the best possible light”.

“And so, you might sometimes be selective with your figures, present the best things and push the negative things to the background, but our Lecturers always reminded us that beware of your reality and keep your public relations and your communication as close to your reality as possible.”

“And so, we must keep our communication as close to our reality as possible”

According to Mr. Mahama, dr. Bawumia and his government have lost sight of the reality on the ground and that “it is sometimes when people lose sight of that reality and begin to believe in their own propaganda that is when you see some of the effects we are seeing.”

“And so the paraphrase I will leave with you is, you can do all the lies and propaganda with the economy you like, but the reality of peoples’ life will expose you.”

Mr. Mahama also took a turn to extol the Mr. Isaac Adongo for his economic dexterity and other panelists who happened to be Ministers and Deputies Ministers in erstwhile government.