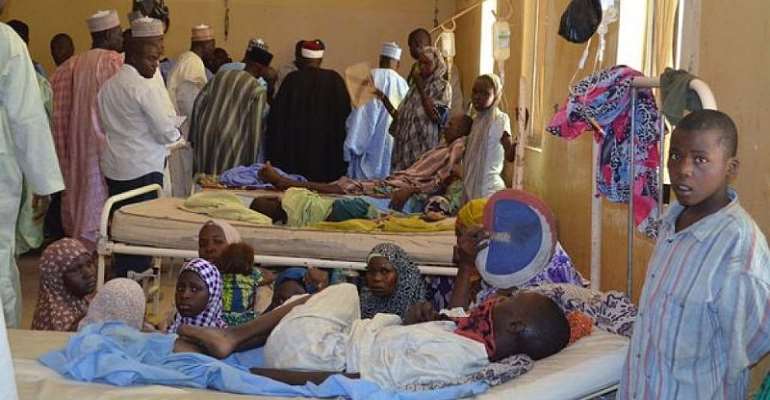 According to a new audit report by the Geneva-based financier, which has raised more than $37 billion since its founding in 2002, fraudsters in seven African countries are damaging the fight against HIV/AIDS, tuberculosis and malaria.

Nigeria's Premium Times, which leads with the revelations by the Office of the Inspector-General (OIG), an independent arm of the organisation, says that up to two-thirds of funds in some of the reviewed grants to the Global Fund have disappeared into the hands of corrupt officials.

The study covers the period between 7 January and 17 December 2018. It found evidence of fraud and incompetence in Mozambique, Guinea, Zambia, Kenya, Central African Republic, Nigeria and the Kingdom of Eswatini (formerly Swaziland).

A Guinean NGO SidAlerte also stands accused of diverting up to $114,000 between 2013 and 2017 by falsifying data and the cost of HIV surveys.

Zambia is the subject of an embarrassing robbery of large quantities of drugs totalling more than $1 million in a warehouse controlled by the health ministry. The loot reportedly took place from 2014 to 2016 and the audit by the Office of the Inspector General traced many of the stolen drugs to commercial vendor shops in Zambia and neighbouring Democratic Republic of Congo.

The audit also speaks of up to $198,000 worth of HIV, TB and malaria drugs looted from a central warehouse in the Central African Republic between 2016 and 2017.

Eswatini also appears in the financier's blacklist after the project officer of a family life association fraudulently diverted $26,000 of Global Fund grants into his personal account.

There is also the case of the Executive Secretary of the Mozambique Country Coordinating Mechanism accused by the Office of the Global Fund Inspector General of embezzling more than $22,000 between 2016 and 2017.

But the glare of the cameras has focused over the past two months on two Kenya officials facing disciplinary measures for unjustified expenditures from the country's $62,000 TB program.

Vero Okello is with the Nairobi-based Daily Nation newspaper. She describes the theft of Global Health funds as "a drop in the ocean of massive looting of US$500,000 in public funds", discovered in the health ministry alone.

Other cases of swindling and mismanagement in a series of grants forced the Global Fund to suspend or terminate the grants after such dealings became public in Uganda and Zimbabwe, according to the Nigerian press.

Premium Times' interest in the scandal comes amid the discovery of a scheme to embezzle $51,000 by the coordinator of Nigerian civil society campaign against Tuberculosis.

On the website of the Office of the Inspector General, the Global Fund reiterates its policy that every dollar counts and zero tolerance for fraud, corruption and waste that prevent resources from reaching those who need them.

In the 2018 audit, the OIG noted a significant reduction in large cases of fraud. But African anti-graft watchdogs trace the misappropriations recorded to weak oversight by the governments of benefitting countries which is encouraged by the Global Fund design.

Ebuka Onyeji, the author of the Premium Times report naming and shaming the 7 African countries, claims they could be accountable for mismanagement of nearly 1 million euros.

He points to a pattern of collusion, administrative lapses, inefficiency, bad or no accounting, and non-compliance with grant agreements.

Onyeji also argues that the OIG's current policy of withholding any supplementary aid to countries which fail to repay mismanaged funds will be ineffective to fight corruption.

Global experts are sceptical about Africa's ability to single-handedly raise the funds it needs to bear its health burden.

Up to 51 donor governments and organisations have pumped $37 billion into the Global Fund's fight against the major diseases. But Africa which accounts for nearly two-thirds of the people living with HIV worldwide could lose a good share of the aid money if its leaders don't crackdown on graft.

The UN agency also warns in its World malaria report, released last November, that there were 219 million cases of malaria in 2017. This is despite the objective set in the Millennium Development Goals to halt the spread of HIV/AIDS, malaria, tuberculosis and other major diseases by 2015.