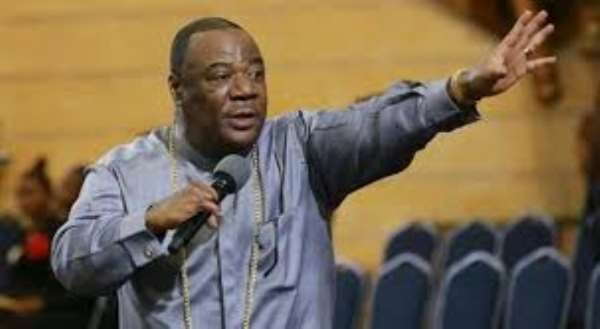 “Your honour, on 2 counts of misdemeanour, we the people, charge the church for being complicit in the matter of the depreciation of the Ghanaian Cedi”, said the deranged man whose frustration with Ghana’s deteriorating economics had given way to near insanity. Suffice to say that any such legal suit will fail to see the light of day, should anyone even contemplate it. Aside from the bizarre nature of the charge, facts of evidential value could hardly be adduced to support a plea for conviction.

The reason is simple - first, it’s almost impossible for anyone convinces a jury with such a seemingly illogical claim that religion has any correlation with currency valuation. Secondly, the avalanche of expert opinion that cites the finest economic theories to explain the Cedi’s gravitational behaviour, are hard to debunk, albeit same has barely been useful in driving public policy towards creating a sustainable export-led economy. Given this backdrop of policy failures, its not out of order to find new culprits to blame for currency volatility.

After all, what attributions have not been thrown out there in times past to explain the Cedi’s ‘Logoligi’ dance? Consider just three eminent persons: Archbishop Nicholas Duncan-Williams, Dr. M. Bawumia and Anita Desoso. Between Archbishop Duncans-Williams to Anita Desoso alone lay a spectrum of wild intellectual speculation that will befuddle any economist worth their salt. From the latter, came Dwarfonomics, a Nobel Prize-winning economic theory that suggested that currency depreciation is caused by 2-feet mythical figures with Ivy-league education in forex trading.

Then came the venerable Archbishop, with pious prayers that had power to tamper market volatility and undo all fiscal indiscipline. Enter Bawumianomics; an economic theory that accounts for the role of Inspector-General of Police in arresting currencies on the street and locking them up with no constitutional recourse. And so I say ‘why not’, whilst we are at it, let’s charge new culprits, propound new theories and hope that the Cedi’s performance has little correlation with monetary policy, fiscal policy and external volatility.

After all, is it not fair to cite the church for fostering a mindset of dependence on the Divine for human needs so prosaic and so banal that a little self-belief and self-discipline could cure? After all, is it not just to blame the church for subliminally promoting consumerism in an economy that has greater marginal propensity to import than to export? Food, water, sanitation, jobs; an unending list of prayerful petitions that escape the lips of persons who should be producing what they need, and consuming what they produce, and exporting the surplus in order to strengthen the currency.

But what do we have – churches taking up occupancy in now vacant commercial properties along busy streets and within business districts. What do we see – churches have taken over media, controlling majority of Free-to-Air (FTA) channels on prime time Television, perpetuating laziness and dependence mindset among citizens of an import-dependent nation. And so why not, I charge the church. In fact, I charge religion - the new culprit, for being complicit in the Cedi’s depreciation. Oh I know my case is not strong enough but who cares? I know my theory is not sound, but who needs more theories? There has been enough theories from private sector, academia and Jubilee House. What is needed is an honest introspective assessment of our weak cultural predilections that supports the structural deficiencies underlying our economic model.

What we need is a body of creed that emphasizes values of simplicity, productivity and true spirituality. That should be the starting point for addressing currency depreciation.

Your honor, the prosecution rest.