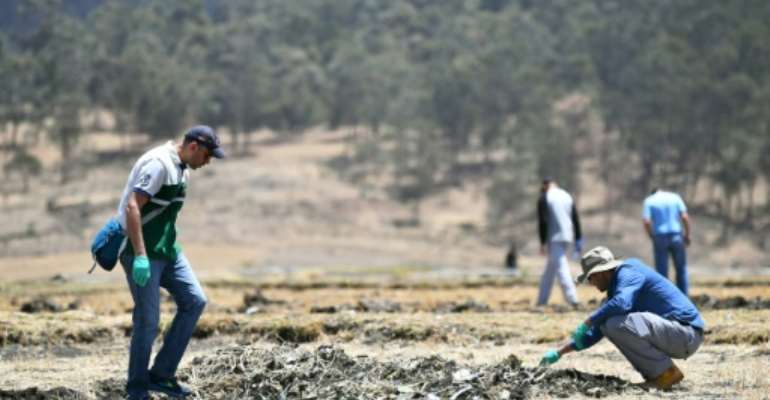 Families of victims search the site of the Ethiopian Airlines crash on March 15, 2019. By TONY KARUMBA (AFP)

The MAX has been grounded worldwide following Sunday's Ethiopia Airlines disaster that killed all 157 on board, and the fallout has left the company, regulators and airlines scrambling to respond.

Boeing will fine-tune its MCAS system -- implicated in the crash of a Lion Air 737 MAX 8 in Indonesia in October -- within 10 days, said two sources, who cautioned that the cause of the latest crash has yet to be determined.

Boeing has halted deliveries of its top-selling model ahead of the software patch, which was already underway prior to the latest incident near Addis Ababa.

Asked for details about the timeline for the fix, a Boeing spokesman Friday would only say it would be installed in "coming weeks."

The black boxes from the Ethiopian craft, which was only a few months old and crashed minutes after takeoff, are being analyzed by the French authorities to determine the cause of the accident.

An Ethiopian delegation delivered the cockpit voice and flight data recorders, which were damaged in the disaster, to France's BEA air safety agency to begin the investigation on Friday. 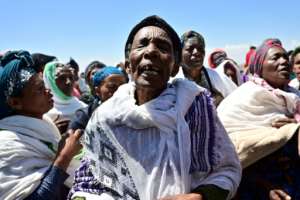 The Lion Air crash also came just minutes after takeoff, killing 189 people, and US authorities say there is evidence of similarities between the accidents.

The Federal Aviation Administration (FAA) said findings from the crash site and "newly refined satellite data" warranted "further investigation of the possibility of a shared cause for the two incidents."

Several American pilots also reported issues with the MCAS and the FAA said it had ordered Boeing to issue a fix by April.

The aerospace giant held a conference call on Thursday with at least three carriers using the 737 MAX and gave them the patch, one source said, and the other airlines will get it early next week.

Meanwhile, American pilots have raised questions about the training provided to the flight crews.

One who flew a MAX 8 on Monday told AFP that US-trained pilots -- many of whom come from the military -- would have been able to react quickly to the MCAS flaw, if that occured in the accident last weekend.

And Captain Chesley "Sully" Sullenberger -- noted for his safe landing of a damaged plane on the Hudson River in New York without loss of life -- questioned the lack of experience of the Ethiopian first officer on the doomed flight, who reportedly had only 200 hours of flight time.

"A cockpit crew must be a team of experts, not a captain and an apprentice," he said on social media.

But he also worried about the lag in getting a software fix installed.

"It has been obvious since the Lion Air crash that a redesign of the 737 MAX 8 has been urgently needed ... and the announced proposed fixes do not go far enough."

Thousands of miles away, distraught families were demanding answers as they visited the deep black crater where the plane smashed into a field outside the capital, disintegrating on impact. 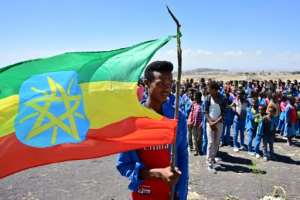 Ethiopian Airlines, Africa's largest carrier, sent the black boxes to France because it does not have the equipment to analyze the data. The information that they contain helps explain 90 percent of all crashes, according to aviation experts.

An FAA emergency order has grounded 737 MAX 8 and MAX 9 aircraft until further notice, effectively taking the aircraft out of the skies globally.

The move came after a growing number of airlines and countries decided not to fly the planes or ban them from their airspace until it is determined there are no safety issues. 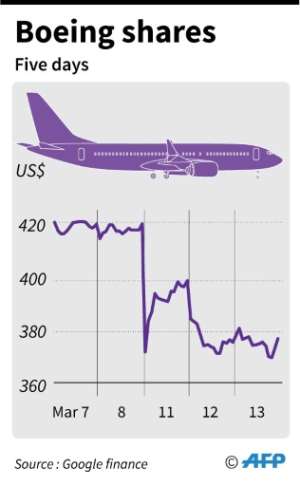 US President Donald Trump told reporters the "safety of the American people and all peoples is our paramount concern".

The 737 MAX series is Boeing's fastest-selling model and it is still relatively new with fewer than 500 in service.

There are 74 registered in the United States and 387 in use worldwide with 59 carriers, according to the FAA.

Boeing's shares have fallen 10 percent since Sunday's crash -- wiping out about $25 billion in value -- after regaining some ground Friday after report that a fix was coming soon.

According to the flight data recorder, the pilots of Lion Air Flight 610 struggled to control the aircraft as the MCAS repeatedly pushed the nose down after takeoff. 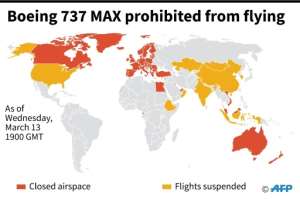 At least four American pilots later complained of the same problem with the aircraft, according to documents reviewed by AFP on the Aviation Safety Reporting System, a voluntary incident database maintained by NASA.

In two anonymous reports on flights just after the Lion Air disaster, US pilots disconnected the autopilot and corrected the plane's trajectory in response.

The Ethiopian Airlines pilots reported similar difficulties before their aircraft plunged to the ground.

According to The New York Times, air traffic controllers observed the Ethiopian Airlines plane "oscillating up and down by hundreds of feet" prior to the crash.

Speaking in a "panicky voice," the doomed aircraft's captain requested permission to return to the airport almost immediately after takeoff as the plane "accelerated to abnormal speed," the newspaper reported Thursday, citing a person who had reviewed the air traffic communications.

"Break break, request back to home," the Times quoted the pilot as saying just prior to the crash. "Request vector (direction) for landing."

Boeing was criticized after the Lion Air crash for allegedly failing to adequately inform 737 pilots about the functioning of the stall prevention system.