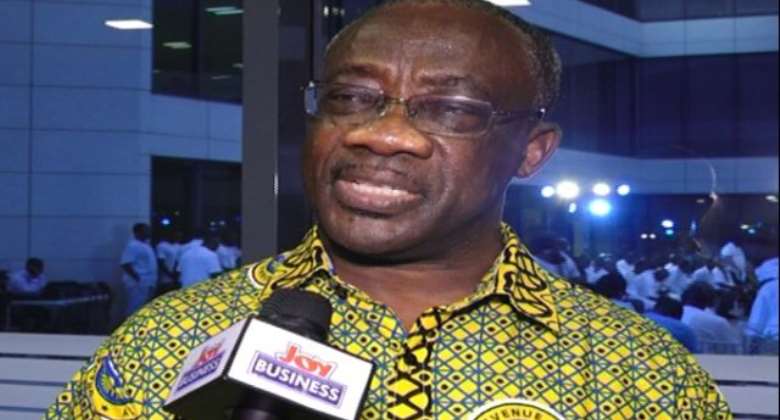 The Domestic Tax Revenue Division (DTRD) of the Ghana Revenue Authority (GRA) exceeded its 2018 target as it were able to mobilise an amount of ¢24.4 billion.

This means an excess of ¢850 million representing 3.5% of planned collection target of ¢23.5 billion, although this falls short of the overall revenue target of ¢39.8 billion for 2018.

According to the Commissioner General of GRA, Emmanuel Kofi Nti, the increase in domestic revenue collection was largely due to the public sensitization and deployment of GCNet’s Total Revenue Integrated Processing System (tripsTM) for the DTRD.

Mr. Nti acknowledged the importance of intensifying education on the usage of tripsTM and urged staff to continue to use the system and report any challenges encountered for swift resolution to enhance user experience and improved revenue mobilisation.

“Even for 2018, where we faced considerable challenges, we were able to achieve a 16.4 percent growth over the 2017 collection. There is room for improvement”, he observed.

Overall domestic revenue generated and processed in 2018 through the tripsTM tax administration system stood at ¢19.4 billion. This represents a 30 per cent increase over the 2017 collection of ¢15.4 billion.

Over the past five years, there has been a sustained increase in the domestic tax collection processed through (trips TM), from ¢3 billion generated in 2014, ¢9 billion in 2015 to almost ¢12 billion in 2016.

Since the introduction of tripsTM for domestic tax collection, a total of GHS55 billion has been collected.

The second highest monthly collection of ¢2.3 billion in 2018 was recorded in June, representing a 62% increase of ¢1.4 billion over the same period in 2017.

The third highest monthly collection in 2018 was ¢1.9 billion which showed a 26.5% rise over the same period in 2017 which stood at ¢1.57 billion. Except for January 2018, all collections recorded for all other months were in excess of ¢1 billion.

Besides in 2018, by end of July collections had crossed ¢10 billion mark, an improvement over the 2017 milestone which occurred in September.

These achievements were made possible with the migration of 69 GRA tax offices nationwide onto the trips TM system for the processing of taxes.

In 2018, GCNet supported GRA to complete the nation-wide migration of tax offices across the country onto the trips system to broaden the tax base and facilitate the issuance of Tax Identification Numbers (TINs).

Over the period, over two million Tax Identification Numbers (TINs) have been issued with more than a million generated.