Sarkodie In His Feelings Again 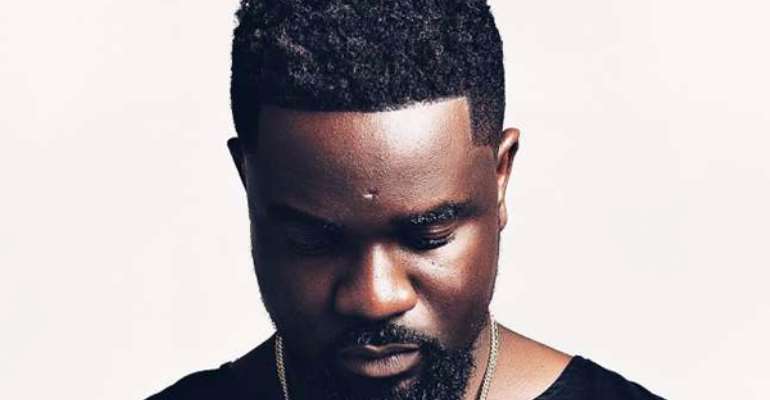 “One immigration guy out there somewhere in the west had the nerve to ask me how I was going to take care of myself while on visit cos he knew we ‘Africans’ are poor… that n***a took me from 0 to a 100 so quick,” Sarkodie wrote.

This guy, according to Sarkodie, knew Africans were poor. He didn't however assume they were. Rather, it was his knowledge (as to what kind) about Africans that drove him to ask how Sarkodie was going to take care of himself while on a visit.

Knowledge really has some nerves!
Perhaps it may come as a shock to Sarkodie that he was asked that question in the first place. The guy did not, for once, think that his knowledge about Africans would be challenged once he met someone, say, Sarkodie, who isn't poor. This got to Sarkodie as he expressed that the guy took him from 0 to 100 so quick. For any rich African out there, this would also take him from 0 to 100. 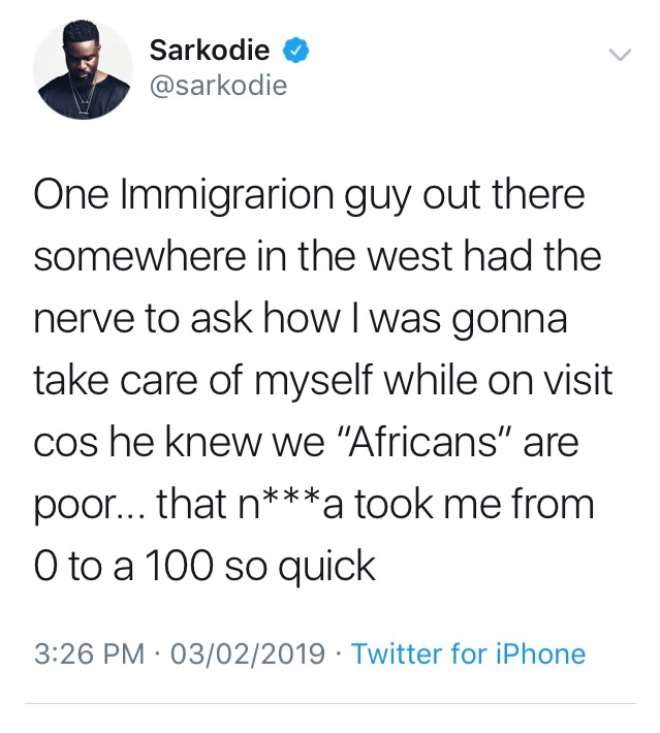