MANASSEH’S FOLDER: If Akufo-Addo had died in 2016 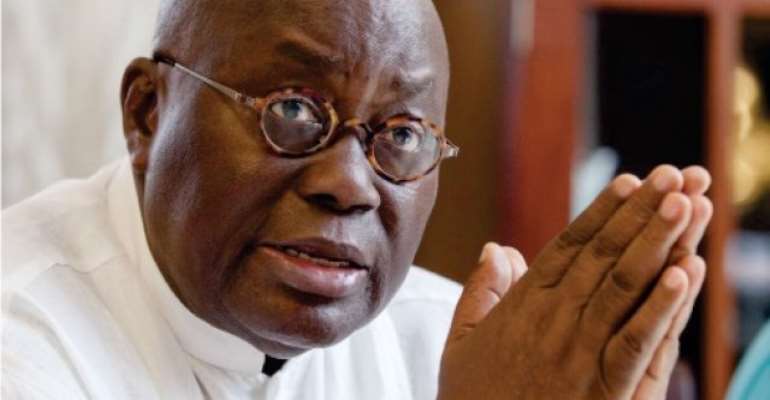 Dear President Nana Addo Dankwa Akufo-Addo,
Before I proceed, kindly accept my apology for this headline. Our elders have taught us that an old lady is always uneasy when dry bones are mentioned in a proverb. I do not wish evil for you. I mean well. And that’s why I have decided to write you this letter.

I’ve been compelled to use this headline because I could not have said it in a better way to mean what I am about to tell you. The headline captures the essence of the message I wish to convey to you from my heart. It is a difficult thing to say, but I have decided to be as candid as possible, without garnishing it any with flavours.

Long before you became president of this country, I had a conversation with one of the finest lawyers in Ghana about you. If a poll is conducted and respondents are to name five of the top and well-respected lawyers in Ghana, this lawyer, would probably appear as number one or two on the list of a majority of the respondents. You, Nana Addo Dankwa Akufo-Addo, trained and mentored him.

This man (whose name I have no permission to disclose), said when he came to work in your firm as a young lawyer, he was one person who had the boldness to disagree with you and challenge you when you spoke. His fellow young lawyers hardly did that. With time, you fell in love with him because he was not afraid to speak up. He became your favourite among the young lawyers and that drew him closer to you and he learnt a great deal of what he is today because of you.

If the presidency has not changed you, I’m sure you still appreciate those who are candid with you. This is the reason I have decided to write to you like naïve and innocent boy in Hans Christian Anderson’s classic, “The Emperor’s New Clothes.” Not many of your appointees will tell you what they sincerely believe or feel about you and your presidency.

The message I want to convey in this article is this: If you had died in 2016, I would have written a more beautiful tribute about you than if you passed today.

Sir, please, permit me to explain.
In 2016, you were not the president of Ghana. The highest political position you had held was a minister of state. But my respect and admiration for you was not about your ministerial position. It was about the enviable height you attained as a staunch defender of the rule of law and a campaigner for human rights. These were ideals you espoused and lived for in the darkest moments of our nation’s history when the price for speaking up was so high that only daredevils dared to challenge the oppressive regimes.

I have always believed that a person’s worth is not measured by the position they occupy, but by the content of their character and strength of their convictions. Politics is a dirty game in which winning is not necessarily by merit. In fact, any idiot can become the president of a country, irrespective of how powerful that country is. I, however, believe it takes exceptional men to be able to build the kind of reputation and command the kind of influence Nana Akufo-Addo the lawyer attained.

So, while you might view your present position as placing you at the pinnacle of Abraham Maslow’s hierarchy of human needs, your real worth and stature in the eyes of reasonable men and women might be diminishing due to your actions and inactions as president. The myth surrounding the no-nonsense, incorruptible and principled Akufo-Addo, who would not sleep while injustice is perpetuated against others, appears broken and crushed beyond redemption. And this should worry you, sir.

Yesterday, was one of the lowest points in our lives as a nation. That’s what has led me to write you this letter. We are experiencing the rule of anarchy in its crudest form, and I cannot wrap my head around the fact that the man supervising and superintending the affairs of our republic is an avowed champion of the rule of law.

Mr. President, when I was growing up in Kete-Krachi, I never saw any police or security officer armed at a polling station when national elections were held. When I came to Accra and started reporting on elections, most of the police personnel and their counterparts from the immigration, prisons, fire service and others do not go to polling stations armed. Only those called to fuel confusions or riots are armed.

Yesterday, however, a by-election in one of the elite constituencies in the Ghana witnessed an indescribable level of intimidation from men who were armed as though they were going to free hostages held by terrorists. These merchants of national insecurity came masked, but when photographs of some of them posing with photos with their party people later appeared on social media, they were easily identified.

One of the men who was wielding an AK47 assault riffle was linked to the New Patriotic Party’s (NPP) National Organiser, Sammi Awuku. Photos of the man and Sammi Awuku appeared on social media. Sammi is my friend so I personally reached out to him to verify. He denied the man was his driver, but confirmed that the said guy was with him in opposition and while he campaigned to become the National Organiser of the NPP, this young man was with him. He, however, confirmed the young man now works with National Security.

The trigger-happy masked and armed men shot and wounded some persons. There are videos of them rampaging and assaulting opponents, including the member of parliament for Ningo Prampram, Mr. Sam Dzata George.

The Coalition of Domestic Election Observers, which monitored the election, reported of the violence and intimidation in a press statement it released yesterday after the election: 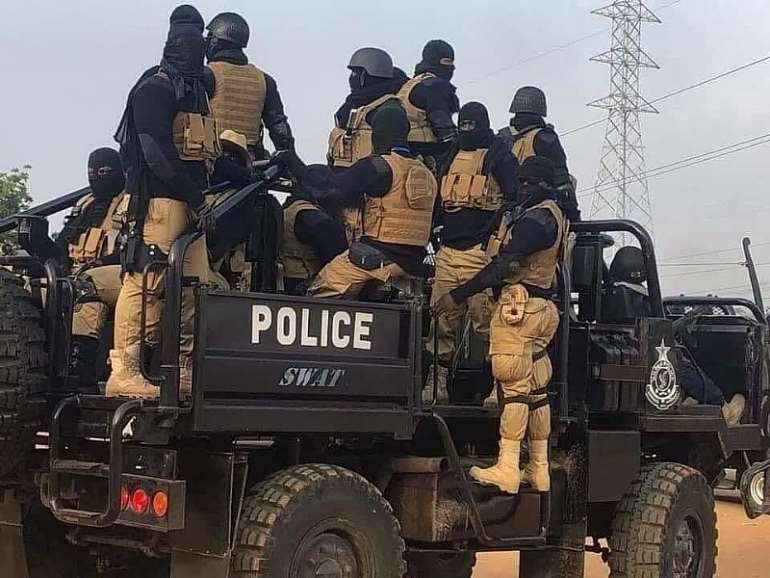 Mr. President, some of your people and party members with sadistic instincts may see yesterday’s brutality as crushing the National Democratic Congress (NDC) and a warning to them ahead of the 2020 elections. But, Sir, you have to see this differently.

You ought to see this as crushing the ideals that defined you. It is crushing the very constitution and good name of Ghana, which you swore to defend. It is causing irreparable damage to the Akufo-Addo brand and unfortunately lending credence to Abraham Lincoln’s profound statement, “Nearly all men can stand adversity, but if you want to test a man’s character, give him power.”

Your party and government have succeeded in converting political party thugs into an illegal security force, legitimised under the umbrella of national security. The NDC has warned it will prepare and face your party in 2020. Three weeks ago, Commissioner of Police Nathan Kofi Boakye warned that if political party thugs and their violent acts are not dealt with the 2020 election will be explosive. It’s happening earlier than he predicted and the ultimate responsibility for yesterday’s mayhem should be borne by you.

Recently, you took all the glory for the peace process in Dagbon, which started 17 years ago. You cannot, therefore, be absolved of any responsibility in the current mess. All the persons involved in recruiting, training and deploying the merchants of national insecurity are your appointees. The police, the national security coordinator and ministers as well as all those who matter in keeping us safe are your appointees.

Your reputation is at its lowest ebb as far as some of us are concerned. It is, however, not too late to redeem it. You still have two years in your first term to redeem you image and save this nation the the state of hopelessly and anxiety we find ourselves. Too many people I encounter these days often repeat one unfortunate statement: “We thought he [Nana Akufo-Addo] would be different.”

One of the wisest pieces of advice I know you received is one which Asantehene Otumfuo Osei Tutu II gave you shortly after you became president. I saw the video clip online, but I don’t recall exactly where that encounter took place. In that video, Otumfuo told you that if there’s anything you should be concerned about in your presidency, it should be your “legacy”. He said you had seen it all in life and this was not the time to make money or allow other motivations to ruin your presidency.

Thank you for the attention.
Yours sincerely,
Manasseh Azure Awuni. I am a citizen, not a spectator.