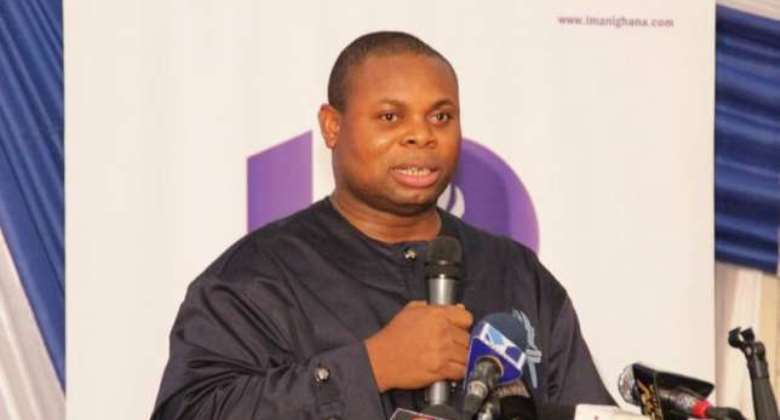 Conducting business should be a peaceful experience for entrepreneurs. Nonetheless, every so often, something goes wrong between the parties in a deal. At that point, the entrepreneur should trust that their contract will be upheld and enforced by the judicial system in a timely, efficient manner. This is not always a trusted fact in Ghana’s commercial courts, where prolonged trials, substantive compliance costs, and administrative burdens, which ultimately add to the opportunity costs that entrepreneurs already bear when facing broken contracts[1]. The current procedures at the courts can act as a deterrent to justice, especially to foreign investors[2], which should not be the aim of any country. In order to improve the current narrative, certain elements, such as the time taken to enforce contracts, need to be addressed.

Out of 190 countries, Ghana ranked 116th on the World Bank’s 2019 Doing Business report for Enforcing Contracts. In Sub-Saharan Africa, Ghana was the 19th rank amongst the continent, with countries such as Uganda, Tanzania, Rwanda, Nigeria and Sierra Leone ranking higher than Ghana. In terms of a country’s score on this indicator, the Distance-to-Frontier (DTF) - which indicates the distance between the world’s best-performing economy (represented by a score of 100) and the country. For the Enforcing Contracts indicator, Ghana’s DTF was 54.00 in the 2019 report, which was unchanged from the 2018 and 2017 DTF. This indicates that there was stagnation in the progress of this indicator, ceteris paribus. At the same time, other countries around the world are improving, as indicated by Table 1 below.

Table 1 shows Ghana’s scores for the Enforcing Contracts indicator. The indicator comprises three sub-indicators: Time taken to enforce a contract in the number of days; the cost of enforcing the contract, which is measured as a percentage of the claim value; and the quality of Judicial processes Index. The quality of judicial processes Index is made up of questions that are grouped into four sections: the court structure and proceedings, the case management, court automation, and alternative dispute resolution.

In comparison to other economies, enforcing a contract in Ghana takes almost two years. This is roughly two months longer than the Sub-Saharan African average for enforcing contracts, and 127.6 days, or over four months longer than the average time in OECD High Income Countries. The cost of enforcing contracts in Ghana is relatively low, with a cost of 23.0% of the claim value. This is comparable to the OECD High Income average cost of 21.2% of the claim value.

When it comes to the quality of the judicial system, Ghana’s scores are slightly lower than the average for Sub-Saharan Africa of 6.7, at 6.5 out of 18 on the Quality of Judicial Processes Index. However, this score is much lower than the OECD High Income average of 11.5.

Although Ghana’s overall ranking (116) in the Enforcing Contracts indicator is generally better than the average on the rest of the continent (128), Ghana has a long way to go before achieving its touted goal of being ranked 100 or better for doing business in the world[3], and the best country in Africa to do business[4]. In order to fulfil the mantra of ‘Ghana Beyond Aid’, investors need to trust in Ghana's judicial system's ability to protect their business interests. Evidence shows that although businesses recognise that the courts are preferable to settle disputes, due to their experience, they sometimes decide to settle commercial issues out of court in order to resolve claims more quickly[5]. Thus, reforms are needed to guarantee this trust, in order to attract investments from both domestic and foreign sources. Lessons can be learnt from other countries around the world.

In Ghana, it takes 710 days, almost two whole years, for a contract to be enforced. This includes 15 days for filing and service, 365 days (one year) for the trial and judgement, and 330 days for the enforcement of the judgement, as indicated in figure 1.

Figure 1: Breakdown of time taken to enforce a contract in Ghana

In comparison to other countries, the fact that Ghana spends so long at the Trial and Judgement and the Enforcement stages is detrimental to businesses. Table 2 highlights experiences in other countries and the time they take to enforce a contract in a commercial court.

In countries such as Singapore and Australia[6], where filing and servicing a contract take 6 and 14 days, respectively, filing is facilitated by an online platform. This has the advantage of letting litigants, lawyers, and all involved in court cases, be updated of the status of cases at a quick pace[7]. It also enables hearings to be booked quickly, cutting down on bureaucracy and unnecessary delays.

In 2017, a Technical Working Group was organised by the Ministry of Trade and Industry of Ghana, aiming to find ways to improve the process of enforcing a contract in Ghana[8]. One of the recommendations was to use a text messaging service, in collaboration with Telecom Service Providers, for the servicing of court cases in an effort to reach people whose physical addresses are unknown.

Other countries introduced similar reforms in this area, finding alternative means of improving their filing and service. For example, in 2011, Iran introduced electronic filing of some documents and text message notification. Similarly, India, also allows for alternative communication modes, such as text messages, WhatsApp messages[9], and even through Facebook[10], in order to serve summons defendants in court cases.

Another reform Ghana could adopt is frontloading. Frontloading ensures that only the most substantive cases are brought before the courts. Nigeria introduced frontloading of all evidence intended to be used for cases in its high courts in 2004 in Lagos and Abuja States[11]. The objective of this is to achieve a just, fast and efficient system of delivering justice to the Nigerian people. It also has the benefit of giving both the defence and plaintiff the opportunity to review the evidence in order to make a decision as to whether or not to proceed to trial or resort to different resolution methods including arbitration[12]. In Ghana, Dr. Raymond Atuguba, a professor of Law at University of Ghana Law School and Harvard Law School, refers to frontloading as the future of the judicial system in a paper he presented at the 2017 annual conference or the Ghana Bar Association[13]. This type of system would help to tackle the issue of a non-existent queue management system in Ghanaian courts, with all seven commercial courts using a single registry. The lack of a queue management system, as well as the lack of front loading and the inability to file claims and defences with all or most of the evidence at the onset of the suit, were highlighted as challenges affecting the time taken to enforce contracts in the Enforcing Contracts Working Group[14].

It takes one full year, on average for trial and judgement in Ghana. This is relatively high, compared to other countries, such as Côte d’Ivoire, Rwanda, South Korea and Singapore, where it takes 150 days, 90 days, 120 days and 40 days, respectively. The timely resolution of court cases has been cited as the ‘most widely accepted objective measure of court operations’[15]. More efficient cases, in terms of time, cost and fairness are more desirable to governments and to citizens[16].

A number of challenges and recommendations for the improvement in the time and effectiveness of the trial and judgement process in Ghana were highlighted by the government-supported Enforcing Contracts Working Group. This included court automation, limiting the maximum number of adjournments and continuances that can take place within one trial, as well as reforms to the case management system in courts[17].

However, it is important that any reforms in the courts are consistent and sustained. The inconsistency of previous court reforms has been detrimental to progress made to improve trials. For example, the dedicated pre-trial conference facilities introduced in some commercial courts were eventually converted into courtrooms due to the limited availability of space for court hearings, leading to pre-trial conferences being held in judges’ chambers instead. The findings of the Enforcing Contracts Working Group proclaimed that reforms are more likely to be sustained when there are adequate financial resources and there is not an over-reliance on project funding for the reforms.

Having good enforcement procedures is important for ensuring predictability in commercial relationships[23]. Without proper enforcement, laws protecting civil rights in Ghana will deliver justice only in books and not in action, engendering citizens and residents’ mistrust in the legal systems. Unfortunately, Ghana’s judicial system has failed to provide efficient protection of rights of Ghanaians and other residents within reasonable timeframe. With 330 days, Ghana is one of the worst performing countries in terms of time to enforce judgements on the World Bank’s Doing Business report. Even in Timor-Leste, which is ranked 190 out of 190 countries for Enforcing Contracts and takes a total of 1,285 days, enforcement of judgement only takes 90 days. Out of the countries compared in Table 2, only Côte d’Ivoire took longer than Ghana in this sub-category. In the past five years, since the 2015 Doing Business report, the time taken to enforce judgements in Ghana has not changed or improved[24].

One way to reduce the time taken for enforcement is to introduce specialised platforms for auctions when there is a problem of insolvency. Other countries have adopted this service. In 2010, Costa Rica streamlined their existing auction procedures by authorising the publication of a single auction notice. Georgia did similar in 2011. Romania went a step further by making an electronic auction registry mandatory in 2016. Although Ghana currently has an auction platform, it is important that it be made as efficient as possible and the level of bureaucracy reduced by ensuring that there is a clearly defined process, legal certainty and transparency, and assets sole in proportion to the claim made, with enforcement costs borne by the defendant in the case, among other elements[25].

In conclusion, Ghana can improve court systems by making the trial and judgement, and the enforcement of judgement more efficient. At the core of any reforms introduced, it is important that the best standards are sustained over time.

[4] Government of Ghana. (2017). ‘I want to build the most business-friendly economy in Africa’. Available at: ghana.gov.gh

[8] Ministry of Trade and Industry Enforcing Contracts Working Group (2017). Advancing Ghana’s Performance as the most Business Friendly Country in Africa: Recommendations and Road Map for Implementation (2018-2020)

[11] Iguh A. (undated). The Front Loading Concept: An Appraisal of the Future of Civil Litigation in the High Courts within the Application of the New. Faculty of Law. Nnamdi Azikiwe University, Awka. Available at: https://www.academia.edu

[21] Smith-Asante, E. Graphic Online (2018). Adjournments must be regulated by the law - Naa-Koshie Lamptey. Available at: st-be-regulated-by-law-naa-koshie-lamptey.html