They Are Now Jobless. Do Not Employ Them Again 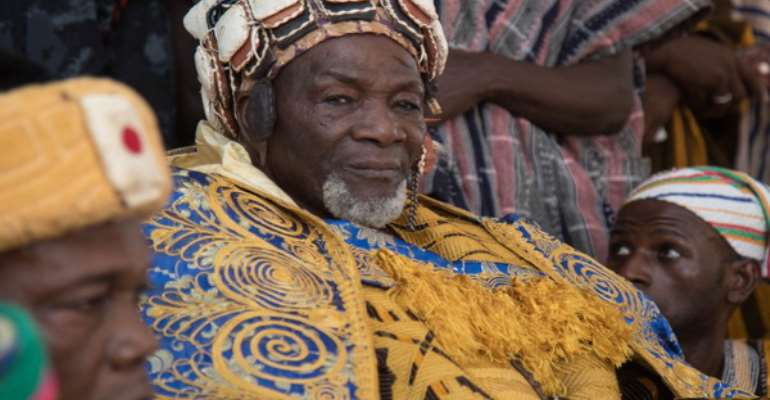 I write with a heart thrilling with joy. The reason is simple: the protracted conflict in Dagbang has come to an end. To say every Dagbana is gung ho to live in a state once again presided over by a king (Yaa-Naa) is understatement. It brings a moment of self-worth and dignity because even a flock of sheep has a shepherd who look after it, how much more human beings? Dagbang has been harshly criticized by many for its insatiable appetite to eat up limited government revenue for peacekeeping purpose, which otherwise could have been redeployed in reducing the developmental deficit of the area.

The critics included those with similar unfortunate situations in their own backyards. They called the pot black albeit they were kettle. The comments on social media were enough alone to cause one to deactivate your account. Circa 2017, I authored a column on ghanaweb as a citizen only to check back in the comment box and saw this comment: “No wonder you are a dagomba. You people murdered your king. You are drenched with blood.” I became down in the mouth and heartbroken. Nothing pained me more than the fact that he was ignorant about the people he was reviling. He did not know that the state was called Dagbang and the people were called Dagbamba. With my chin in my palm amidst pondering, I realized there was no way he could abuse me without my permission. The saying that once you died in the sea, washed ashore and that all kinds of evil weed would enter the eye could not have been a truer wise saying of my elders.

I would not pretend to be a Historian and bore you with history. I am sure many were not interested in knowing us as a people because of what happened in 2002. Things started running out of the kilter. We topped headlines and occupied front-pages of newspapers for the wrong reasons. The Abudus claimed to be the ones with genuine case ditto the Andanis. In a case like this, unless the two sects sit around the table to reconcile their differences and smoke the peace pipe, none can deliver a truce since it takes two to tango.

For the past years I have held the stubborn conviction that Dagbang would not reclaimed its lost glory and pride if the two feuding factions are not willing to meet each other at the negotiating table to settle their differences and share cola in the end as pleasantries. I did not think the court has the wisdom to unite us because I believe once you create a mess you must clean it all by yourself. Furthermore, my perspective had it that unification must come with compromises as cost. Anyone with a half brain knew pain-free cure to the chronic disease could only result in relapse.

Dagbang arrived at that juncture of ignominy as a result of the handiwork of sympathizers and aliens. These aliens and sympathizers are not in any particular way eligible for the crown of Yaa-Naa or qualified to be installed as the ‘chief in charge of KVIPs’. They are the outsiders inciting members of the same family against one other. They are the aliens hell-bent in breaking family ties and exposing the entire tribe to global shame. It is seen as a full time job on which their livelihoods and their dependents hinges. President Nana Addo Dankwa Akufo-Addo called them conflictprenuers, I would call them bloodsuckers. Before they can eat, one Dagbana must lose his life. Blood must be shed for them to replenish their veins with food.

They are vampires whose individual interest must reign supreme. Isn’t it degrading and embarrassing that a committee of chieftains had to restore unity among members of one family? Save the contribution of Naa Yiri who is the respectable historical arbiter in Dagbang chieftaincy disputes. To God be the glory, a golden opportunity has presented itself for us to make them jobless. We may choose not to learn any lesson. For the past weeks, I have heard and seen many people shout and write “the lion is back”. I dare say that the lion can break the cage again. It can journey back to the land of peace and no shame for it is a lion who love peace and loathe shame. We must not allow the lion to leave the kingdom once again. We have missed its roar for long. To cage the lion forever is not a cakewalk. Among other things, we must summon the resolve to make everybody jobless including the politician whose political victory depend on our differing opinions. It is high time they won political power based on merit. The go-go days of Abudu-Andani business is over.

Politicians must start policy formulation targeted at lifting the children of Naa Gbewaa out of a land of poverty into a land of prosperity. Dagbang has arable land for agricultural purpose yet we are always declared poor by anyone on face value. We can grow once again if we are ready to make these jobless sycophants to wallow in abject poverty forever. The state should never become a victim of obloquy again. It cannot afford the cost of another travail. Let’s collectively vowed to guard it jealously.