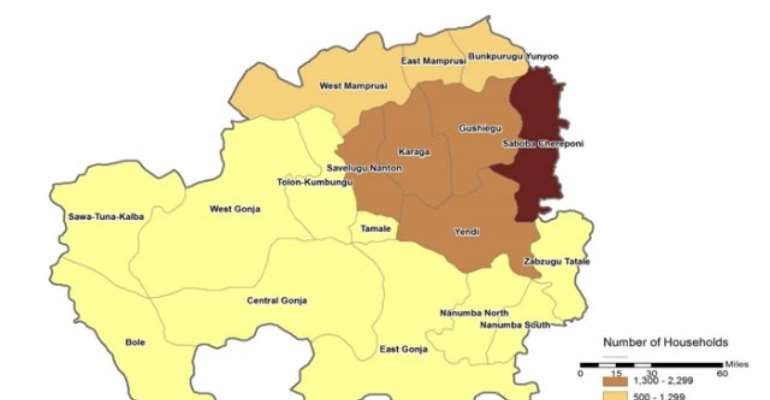 The violence and reprisals have gone on for close to a week.

Busloads of Konkombas have crossed into the district from surrounding communities such as Wanguga, myjoyonline.com security source has revealed.

They have been moving in since the New Year in an attempt to claim ownership over disputed lands in Chereponi believed to be nothing more than two acres.

A body of an unidentified Chokosis man has been deposited at Mango, a town in neighbouring Togo after he was allegedly shot by a Konkomba. 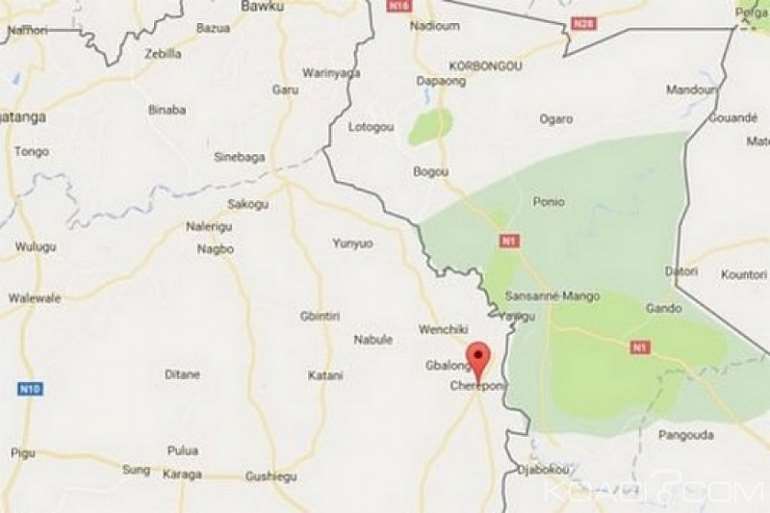 Photo: Chereponi sits close to the border between Ghana (left) and Togo (on the right of Chereponi)

Despite a 4 pm and 7 am curfew imposed on Chereponi, the source said it is being abused “at any available time”.

The effectiveness of the curfew was tested Friday after Chokosis youths refused to go indoors.

They say staying indoors has not stopped late night and dawn attacks. Military men had to fire rubber bullets to compel the angry youths indoors in panic.

After two reinforcements of soldiers from Yendi in the Northern region and Accra, the Greater Accra region, a third contingent of about 87 military officers from Tamale have been brought in.

Northern regional minister Salifu Sa-eed has confirmed the deployment of extra troops into Chereponi and reports of residents fleeing.

The Chereponi district has a population of close to 60,000 according to the 2010 Ghana Statistical Service report.