A Message at Christmas: Beware How the British Fooled Mankind With Christianity!! 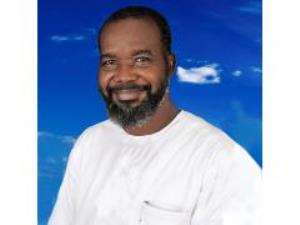 Recently, while battling with studies in Ghabaray (Ancient/Paleo Hebrew) deep into one night, I stumbled upon a great secret of the English people about how they fabricated Christianity!! In fact, it revealed how the name British came into being, and the effect it has on people on Earth today, particularly those of bible persuasion.

Well, we must put aside the effect this word has had on people of the past to look at its effect on those of today and of the future.

The world must be made to know that, its most popular religion, Christianity, is destined to bring doom to its adherents, simply because it is English-based in all its character and nature!

And yet, amazingly, the English Bible is deemed sacred by almost all mankind simply because every one of its many publishers, down the ages, stamps or embosses it as holy and claims that it originated directly from ALA’AYM, the Creator.

The word British was formed by combining two Modern Hebrew words Brit and Ish, wherein “Brit” means “covenant” and “ish” means “man”. So then, the actual meaning of British is "covenant man". And, maybe, between the two words, brit and ish, another Modern Hebrew word “aish” meaning “fire” has come!!

However, even though a holy fire is always kindled to perpetually burn within the heart of every man (ish) who keeps or lives in a covenant (brit) relationship he enters into with his Creator, these two words must first be deemed holy, and as originating from Him, in order to have a holy effect on anyone. So then, the coming of fire (aish) out of brit and ish does not in any way make this fire (aish) holy!

And so, let me sound a word of caution and warning that YA’OH has not permitted mankind to put together any two words such as brit and ish, even if they are holy and originate from Him, to form a new word such as british, since the product in such an enterprise only demonstrates folly and causes evil to come from an unholy compound word so derived because YA’OH was not involved in such an act of fabrication of words by mankind.

So then, when a certain group of men chose to call themselves “BritIsh” so they may deliberately deceive other mankind, and even their own descendants after them, that they are a special people who are led into a holy and new covenant (New Testament??) with a certain deity of post-creation origin by name God, in order to lead all other men to this their deity and so-called Creator, it was obvious that YA’OH ALA’AYM who only is the one true and genuine Creator would reveal their evil plan someday!

The fabrication of british out of brit and ish by these people was meant to lie to themselves and their descendants that they belonged to the Creator in a very special and unique way—in much the same way (or even more) that [we] the children of the house of YA’OH-Sharal (Israel??) are known to be the chosen of YA’OH and in covenant relationship with Him—and that they were the new people chosen of all mankind in a New Covenant to abrogate and replace the holy covenant that YA’OH ALA’AYM had at one time cut with [us] the house of YA’OH-Sharal on Har Sanai!!

Well, their intentions and actions at the time might have seemed too smart and clever to ever be exposed as the wicked and evil deceptions of Satan just for him [Satan] to rule mankind and the Earth he claimed to have bought for himself from Adam, the first father of all mankind! But then, here in this generation is their folly being exposed after years of cover up!!

After these Anglo-Saxons of old succeeded in turning themselves Brit-ish, supposing to be men of the [new] covenant, and thus claiming to be the replacement of the house of YA’OH-Sharal by YA’OH ALA’AYM Himself, they progressed further in the crafting of a delusion and deception by coming up with the purely heathen name JESUS CHRIST of Canaanites to be at the center of this so-called new covenant of theirs, upon which name they founded CHRISTIANITY and claimed it to be the replacement of HaDarakh (The Way), which is the ONLY way of salvation ever known to the house of YA’OH-Sharal from time immemorial!!

After their formation or evolution of fake Christianity, ways were now open for all the English vocabulary known today that are used to describe Christianity to pour in, thus nurturing Christianity to mature to become the eventual new world religion of the Earth and to subsequently replace the faith and lifestyle described as HaDarakh meant for the house of YA’OH-Sharal, which faith YA’OH had intended to be the only true and genuine way and means of salvation for any man He would ever save!! Do you see the goal post for a contest between TRUTH and Deception being set in all of this??

I must say that the so-called Holy Spirit of Christianity is unknown in Shamaym (the Heavens) to mean or stand for anything holy there! This is so because no English or British words or thoughts exist there in Shamaym! Rather, what is known to be holy there, and as being the essence of YA’OH, is Rawakh HaQadash in Ghabaray.

Now, even though Rawakh HaQadash in Ghabaray means Spirit the Holy in English, British people have done much harm to mankind when their translators of the holy word of YA’OH have given to mankind, deliberately or unintentionally, "Holy Spirit" in replacement of Rawakh HaQadash and thus caused humanity to never remember or ever get to know of any Rawakh HaQadash until Doom’s Day!!

And since any two terminologies in two differing languages such as Ghabaray and English MUST represent two differing spirits of unmatched power, Rawakh HaQadash and Holy Spirit can never produce any two things that can be same!!

After evolving the unholy name “British” for themselves and their offspring, the Anglo-Saxon forebears of Englishmen, set to advance in the crafting of many more words in order to be able to advance in their intentions to possess the Earth through trickery and deception.

Obviously, a lying, deceiving and tricking language that was developed by mankind “in [the] beginning” is only bound to produce lies and liars in the end; just as English has become a lying language in comparison to the word of YA’OH ALA’AYM!

And so, have we all been tricked into believing the English Bible at its face value to be the truth of the Most High One, and are thus become deceived and liars about who we think we are by the faith we profess according to its teachings! For all we may come to know, we may be singing our hearts out while going in an opposite direction from the presence of YA’OH ALA’AYM in claiming “I know who I am”, when we may not have any idea that we were never begotten of Him by our beliefs of the English Bible!!

Today, many people have gone the way of the British in order to claim with them to have originated from the house of YA’OH-Sharal, and therefore to have the sole right to lead the other inhabitants of the Earth by their man-made religion called Christianity to where they think YA’OH ALA’AYM can be found!!

Does the world know why all the Swiss (Swish??), Danish, Scottish, Spanish, Turkish, Polish, Finish, Cornish, Flemish, Irish, etc., are all become ish people and loosely united in Christianity, if not to seek to convert all others to Christianity??

I suppose when the world gets to know the reasons why all these nations chose to be in conformity with the people of England, who before them chose to become Brit-ish, and when we all eventually see a German join the fray of ish people to become a Germanish, then we all would have become aware of the fullness of all things had then come about as the fulfillment of all things towards ending this current world order for a NWO to come about!! So then, let us all be looking out for a German-ish (a true Ger-Man) to kick-start the much anticipated NWO!

Did you ever read of British pennies in the English Bible! Strangely, the revelation of the English Bible is that a certain JESUS CHRIST was presented with a penny in the year ca. 30CE!! Obviously, this impossibility of having pennies readily floating about in YA’OH-Sharal in the days of the true Savior, establishes this JESUS CHRIST who bears a heathen name and is said to have tangibly felt within his fingers a penny coin, as UNREAL; a phantom, and thus not the Savior from Shamaym set to redeem mankind from sin and Satan!

And so, everything that is associated with this JESUS CHRIST, particularly, Christmas and its Scandinavian-looking Father Christmas, Christianity and all its countless jargons, rituals and doctrines, are all meant to lead its adherents to chase a mirage, a non-existent tangible reality, that they are misled, deceived, and tricked to have faith in!!

You see, in the entire English Bible of Christians, there is a record of only two occasions where the birthdays of people were celebrated as Feasts cf. Barashayth (Genesis??) 40:20-22 and Matthew 14:6-11, both of which ended in the execution of some helpless fellow, in much the same way as Christians do for JESUS CHRIST today and the deaths in road accidents during and after every Christmas.

Sadly, the wisdom of celebrants of birthday feasts in biblical times far outweighs those who indulge in Christmas as a birthday feast in honor of the JESUS CHRIST of Christians today!

For, whereas those of biblical times knew for sure the actual birthdays of the people they celebrated by feasts and that the celebrants were always with them, it is not so with the Christmas of the JESUS CHRIST of Christians whose birthday is unknown and who is never around in person to either approve of the festivities or to also partake of the fun!!

In any case, since the only two occasions in biblical times in which birthday feasts were thrown were in honor of heathen people and according to satanic customs and practices, both of which culminated in the sacrifices of human beings just to make the revelries complete, so has the Christmas of JESUS CHRIST by Christians become one for a heathen person whose name is obviously unauthentic for a son of YA’OH-Sharal, with all the bloodshed normally experienced in road accidents through vehicular crushes in the immediate days before, during and after every celebration of Christmas!

And so, when next time you sit at table in some friend’s home in celebration of Christmas, know that you sit to eat at the table of devils who desire your soul; and then, be sure you know how to keep your life safe from being crushed to death on your way home afterwards by some mishap!

As the heathen world of Canaanites celebrate Christmas, this is the message I received from YA’OH for you. Have a blessed year in 2019 and do please stay away from Christmas forever. Shalawam.