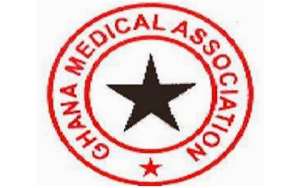 The approval by Parliament of the supply of drones to facilitate the distribution of drugs among others to health facilities, has started facing strong opposition.

According to the GMA, the implementation of the newly approved drone health delivery system is not a major priority. They are therefore calling for its immediate suspension.

Barely hours after the policy was approved by Parliament, the implementation agency insists the drone policy is at variance with the primary health care delivery system in the country.

While the Association insists it is not against the use of technology in its service delivery it insists the drone delivery services are not a priority.

“The proposed services to be provided by the drones do not conform to the primary healthcare policy in Ghana where different levels of care have different capacities to perform specific functions.

“The use of drones without the necessary improvement in the human resource capacity will not inure to the benefit of the country in its quest to improve healthcare delivery,” The GMA said.

The contract signed with Fly Zipline will see four distribution centers sending blood and these medicines to hospitals on request within a time frame of 15-40 minutes.

The Director General of the Ghana Health Service Dr. Anthony Nsiah-Asare who has been at the forefront in defending the policy has explained that the drone deliveries are just a way of introducing efficiency in the supply of blood and medical supplies systems across the country.

The Minority had alleged government was going to purchase drones at a cost of $1million each when it was selling at $100,000.

They also alleged government had sole-sourced a contract to a company when it could have opened up for competitive tendering.

The Minority spokesperson for Finance, Cassiel Ato Forson said per the $12 million contract signed with Fly Zipline, the company would be making over 600% profit at the taxpayers expense.

But Dr Nsiah-Asare debunked the claims. He said the government was not buying drones let alone to pay $1 million for one.

According to him, the government was only going to pay for the services to be delivered with the help of the drone.

Policy think tank IMANI had also raised issues about the policy and questioned the prices involved in the drone deliveries but Dr Nsiah-Asare challenged the figures describing them as “inaccurate.”

After days of back and forth in Parliament, the policy was finally approved in a partisan 102 majority votes against 58 dissenting minority.

Just when the Majority members were tapping each other on the shoulders for a political job well done, a new hurdle has arisen.

The GMA insists the policy is counterproductive and must be withdrawn.

According to him, there are 300 doctors at home who are yet to receive appointments because government claimed there is no money.

He did not understand how government will raise money to fund drone services when there are not enough trained personnel on the ground.

He argued for many of the remote areas where blood and essential medicines will be delivered by drones, there are no trained health professionals to administer those services.