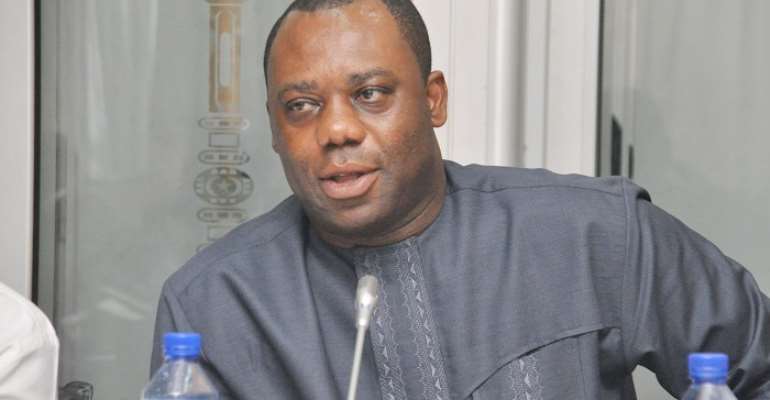 In Japan, teachers are referred to as Nation Builders because it is the knowledge they impart in their students that help us build our nation.

Teachers are held in high esteem and that make them feel proud of their job and always give up their best to their motherland.

In Ghana, NDC is the only party the when in government respect the rights of teachers even if they go beyond their boundaries.

It got to times President Mills had to personally call the leadership of the teachers groups to hear their side of the story and engage those in charge to get their demands met.

It was NDC government that astronomically increased the salary of teachers which became a major news in the world.

It was during NDC government that teachers could rely on their salaries to take loans to build and prepare for their pension.

It was during NDC era in 2016 that plans were made for increae in enrollment in our colleges of Education so that after completions excesses of what Ghana needs will be exported to other countries that has placed demand already.

During NDC era teachers have the right to air out their views and make inputs on any education policy the government brings out to enrich it's content.

*Today under the arrogant dentist who is Education Minister;*

Teachers are insulted for demanding for what rightly belong to them. Teachers who the Npp hailed in opposition for striking against the government are now called insensitive and wicked.

Teachers today who speak out about the nonsense of this government on Education are either sacked or transfered to be made redundant.

Teachers who striked today are denied their salaries because government claims they are selfish beings.

The arrogance of the Education minister is extreme, that's why he could tell teachers in the face that their strike wouldn't make any difference and warned headmasters that they will lose their jobs if they dare speak against any of their Educational policies.

Teachers were transfered and headmasters sacked because they spoke out about the challenges in their schools while toothless GNAT sit and watch.

*Expired food items are sent to schools, bloated food prices by Npp suppliers but our headmasters are afraid to talk because of the monsters at the Education Ministry.*

If not this current Education minister I never knew a Minister could publicly lie without any course.

Teacher trainees today are warned by the Education Minister if they demonstrate, their fees will be increased and their allowance they have not set eyes on for months will permanently seize coming and has as well warned all principals to monitor their students.

*This is the state our teachers find themselves. They are working in fear and just implementing what they are told to do.*

Am not surprised though because Npp during President Kufours era also called striking teachers useless and made a move to ignored them to bring retired teachers to replace them.

This shows how wickid NPP has always been to our teachers.

In opposition they pretend to be their allies but in government they are ignored and called names of insults.

Teachers are now very frustrated because of the inhuman treatment from the Education Minister who is so arrogant that his deputies don't even have a say in whatever he does.

This is where Ghana's Education has found itself. Am surprised Prof. Addei doesn't see anything wrong with whatever that is going on just because his lips has been ziped by his recent appointment as the chairman of NDPC.

Our clergies are now afraid to talk because they are watching animal channels.

Ghana is now in the hands of monsters, who will fly with our taxes to south Africa to club and come back to insult our hardworking teachers.

Ghana is in the hands of monsters who will use 1.4billion dollars for IDcards but can't pay research allowance of our teachers.

Ghana is in the hands of monsters who could review and already existing contract for billions of dollars which is for free but cannot get money to pay striking teachers.

2020 is a year of liberation from the captivity of these arrogant monsters and we can only do it together with teamwork and hardwork.