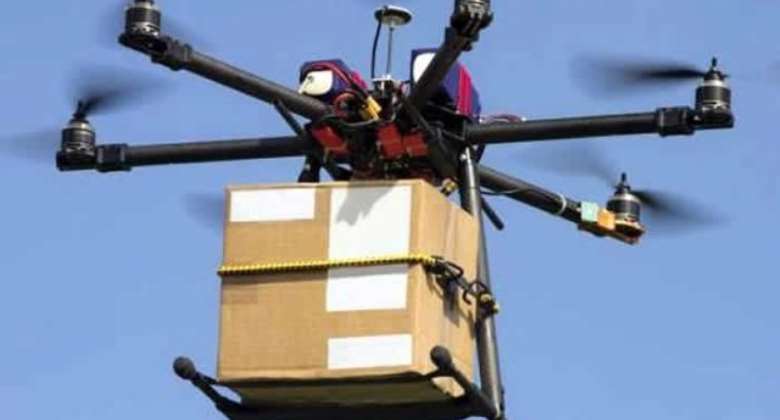 The claim by Government that the state will not bear any financial cost for the proposed project to use drones to distribute essential drugs and blood to remote areas of the country has been roundly countered by the Minority.

Minority spokesperson on Finance, Cassiel Ato Forson, says a critical reading of the agreement that has left Parliament divided reveals a clear “contingent liability” to the state.

Backers of the project, mainly the Majority Legislators and government officials, had said that the Ghana National Petroleum Corporation (GNPC) and corporate bodies had agreed to fund the cost of the project.

However, speaking on current affairs programme, PM Express on MultiTV Tuesday, Mr Ato Forson suggests it will be absurd to even think the project will not be funded by the public.

“Who owns GNPC? It is Government of Ghana. It is public funds. GNPC money ispublic fund,” he said.

He said the reliance on corporate bodies to fund a part of the cost for the project does not absolve the state from the cost liability in the long run.

“They are now asking for sponsorship; there is a contingent liability there. The agreement was not signed by an individual person. It was signed by the Ministry of Health. If the sponsorship fails to come in it is the responsibility of the Government of Ghana,” he emphasised.

Rocky start
Legislators in Parliament are divided over the agreement that was presented to them for consideration. A key point of contention is the exact cost of the project.

While the Minority hold that the government had signed a deal to pay $1 million for a project which should cost some $100,000, the Director-General of the Ghana Health Service explained the monthly cost of the project will be determined by a myriad of factors.

Dr Anthony Nsiah-Asare told Joy News on Tuesday that “if the company [Fly Zipline] makes less than 15 deliveries there will be no payment. If it is from 15 to 50 deliveries they are paid $11,000 per month. If they deliver 150 deliveries per day they get $88,000 [per month].”

The Minority MPs have also raised concerns about why Fly Zipline was sole-sourced for a project costing $12 million. They argue the amount may have been reduced if the contract had been subjected to competitive tendering.

The bill has since been suspended by Parliament upon a directive by the Speaker, Prof Mike Ocquaye.

According to Chairman of the Health Committee of Parliament, Dr Twum Nuamah, the Speaker has asked for the presentation of a documentary evidence to some of the claims in the agreement presented to the House for consideration.

Speaking on PM Express, he said he was confident the bill will be approved when it returns to the House.

No turning back
Meanwhile, the Ghana Health Service (GHS) has mounted a spirited defence for the drone health service delivery system despite the mounting criticism and allegations of fraud by the MinoritY.

Dr Anthony Nsiah-Asare said the new policy is in line with the vision of providing quality health service to every Ghanaian no matter where they are.

According to him, the new policy is part of efforts by the service to use ICT to improve efficiency in the health care delivery system in the country.