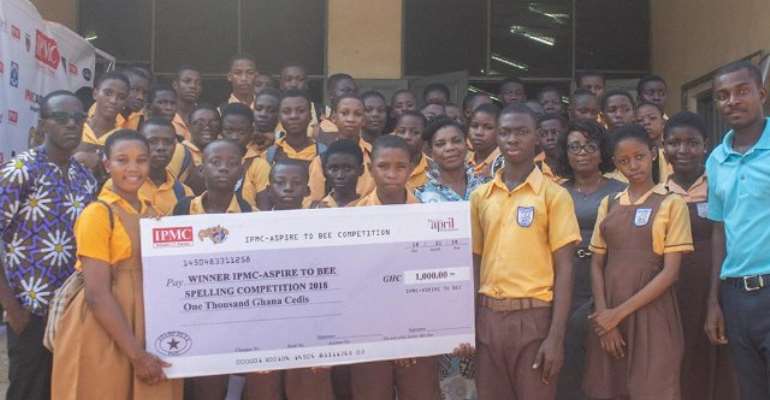 Pupils from Pantang Hospital Junior High School showed their spelling prowess at this year’s edition of the Aspire to Bee spelling competition held in Accra.

Josephine Mintaah won the grand prize after battling it out with 100 other participants from nine JHS from the Adentan Municipality.

Sponsored by IPMC and organized by the April Foundation, this year’s competition took place at the West African Senior School (WASS) campus.

Aspire to Bee, launched by Naa Ashorkor in 2016, is a spelling competition for pupils in government schools that seeks to address the challenge of spelling among the students.

The objective of the of the competition is to encourage pupils to develop their spelling skills and vocabulary as well as develop their poise for public speaking.

This is the first in a series of other educational activities for public schools by the April Foundation led by Naa Ashorkor.

After 10 competitive rounds of intense spelling and fleeting moments of doubt among the contestants, a winner finally emerged.

The winner, Josephine Mintaah, took home a GH¢1,000 cash prize from IPMC and other prizes including a dictionary, notebooks, storybooks and stationery. 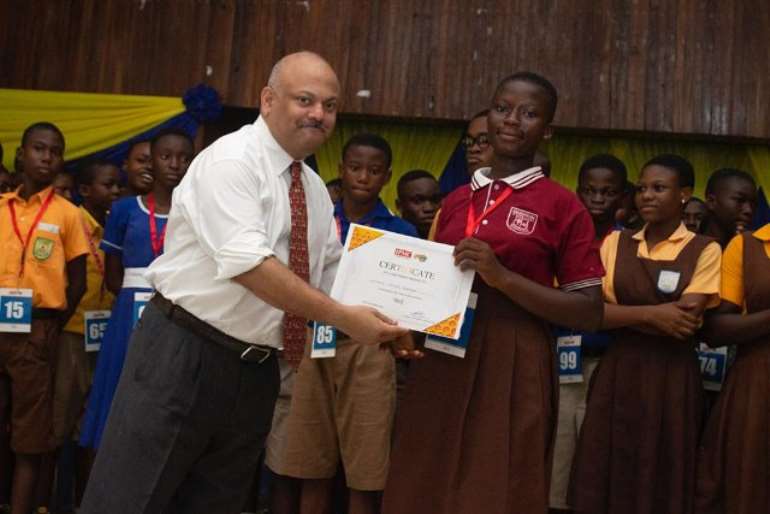 Josephine Mintah presented with her certificate
All 100 participants were also awarded certificates and books from EPP, notebooks, dictionaries and stationeries.

Speaking at the event, Rizwan Ahmed, IPMC Director, said IPMC was excited to be partnering this year’s event as they had been in the education sector for quite a while.

He explained events like the Aspire to Bee spelling competition play a significant role in nurturing the reading culture of the country’s budding generation.

Naa Ashorkor stated that she was impressed by the level of intellect displayed by the pupils and encouraged them to keep up the good work. 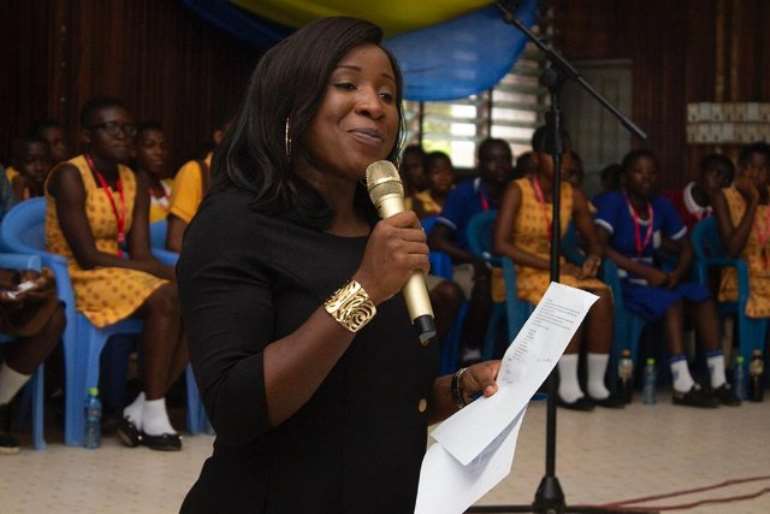 About April Foundation
The April Foundation is an Educational CSR under the auspices of April Communications led by Naa Ashorkor, that focuses on nurturing an interest in education in underprivileged schools in Ghana.

The Aspire to Bee Spelling competition is the first in a series of other educational initiatives by the April Foundation. The Foundation plans on expanding to include mathematics and creative competitions in the near future.

No petty trader will pay income tax in my next gov't — Maham...
25 minutes ago