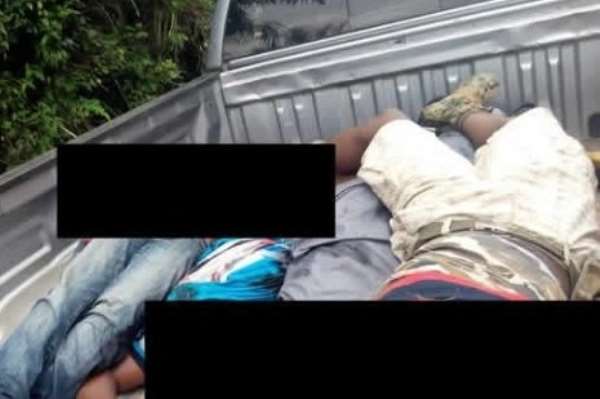 Barring any last-minute hitches, the government will announce on November 16, 2018, the outcome of investigations into the recent killing of seven men at Manso-Nkwanta in the Ashanti Region.

Seven young men, including five natives of Asawase, a Zongo community in Kumasi, were reportedly shot to death by armed policemen some months ago.

The police insisted that the men were on their way to rob a mining site near Manso-Nkwanta.

The police described the deceased as hardened armed robbers, which was vehemently refuted by the angry youth of Asawase.

The charged youth of Asawase, therefore, demonstrated and burnt car tyres in the streets until armed military personnel were sent to the place to ensure law and order at the place.

As part of efforts to ensure peace, the government quickly set up a committee to investigate the case in order to help unearth the whole truth about the matter.

A source told DAILY GUIDE that the committee forwarded its report to the Office of the Attorney-General (AG) after interrogating all the persons involved.

Reports said the AG had made its recommendations to the government, which is likely to publicize them on November 16.