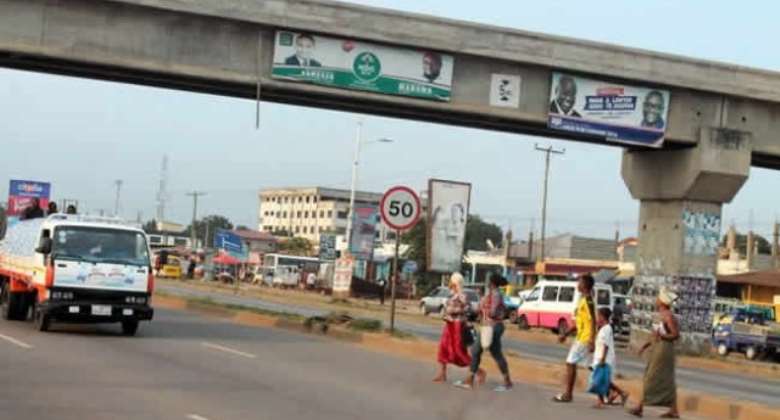 Demonstrations, one of the conventional tools for drawing the attention of those in power was exercised in Adentan following the tragic death of the 134th person on the highway; we are told. And usual with us, we retreat into the panic mode and all of a sudden a ‘quick fix approach’ is being sought. You know what? Six footbridges are earmarked for completion within four months.

Good as it sounds, I do not think the main issue is the absence of footbridges but death on the highway, resulting mainly from over speeding by drivers. The situation demands pragmatic solution in real time. So a common sense approach must apply.

In any case, do we need concrete footbridges? What has happened to the prefabricated metal ones that can be quick fixed in a couple of weeks?

Reconstruction of damaged Bogoso to Anyanfuri road begins
13 minutes ago

Appiatse explosion: victims don't want to be discharged from...
13 minutes ago