MPs Call For The Reopening Of KNUST 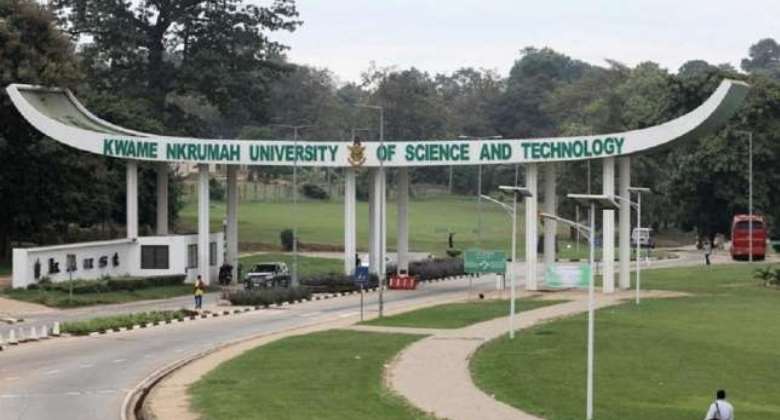 Members of Parliament (MPs) from both sides of the House have called for the immediate re-opening of the Kwame Nkrumah University of Science and Technology (KNUST) to ensure that the academic life of the students is not jeopardized to put undue pressure on parents as well as government and other stakeholders.

The MPs stated that it was important for the students to come back to school immediately while further consultations are made concerning the university policy of converting some single-sex halls into mixed halls.

The MPs made the call when the National Democratic Congress (NDC) Member of Parliament for Ningo Prampram and a former student of KNUST, Sam George, made a statement on the current impasse at the university on floor of the House yesterday, demanding expansion of residential facilities at the university instead of converting single-sex halls into mixed halls.

The Minority Leader and NDC MP for Tamale South, Haruna Iddrisu; the NDC MP for North Tongu, Samuel Okudzeto Ablakwa; the New Patriotic Party (NPP) MP for Kwadaso, Dr Kwadwo Nuamah; NPP MP for Effutu, Alex Afenyo-Markin, and the Majority Leader, Osei Kyei-Mensah-Bonsu, were all very much against the conversion of the single-sex halls into mixed ones, saying the policy is not only very unpopular but undemocratic and autocratic in nature.

The minority leader, who was once a student leader, said there were not much stakeholders' consultations especially with the student body which has a stake in the running of the university.

“In fact, this is an act of dictatorship and intolerance,” he said.

The MP for Kwadaso, Dr Nuamah, who said he was a former lecturer, added that the policy being introduced was not well thought through in terms of the implications and consequences, stressing that if the university wants to admit more female students it has to build more residential facilities for that purpose.

According to the Kwadaso MP, it is a deliberate and subtle way of weakening the front of the students and their leaders pointing out further that students rather needed to be encouraged to be courageous, patriotic and confident.

The MP for Effutu asserted that the KNUST issue must not be politicized for an amicable solution to be found to the problem to enable the students return to campus and study.

The MPs were however unanimous in condemning the destruction of school properties by the students who went on demonstration to register their concerns over the matter, adding that students who engaged in such violent acts could have problems when seeking to work in any public office in the future.