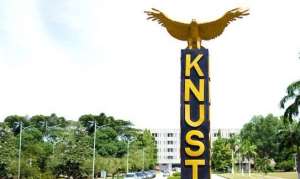 The standoff between government and teacher unions over the composition of the Governing Council of Kwame Nkrumah University of Science and Technology (KNUST) has intensified, a day to the scheduled date for re-opening of the school.

The university, which was closed down after student destroyed properties in a fierce demonstration against school administrators, was scheduled to re-open on Thursday, November 8, 2018 , as part of a roadmap to restoring peace on campus.

A key part of that roadmap was for the Chancellor of the University, Asantehene Otumfuo Osei Tutu II, to re-constitute the Governing Council of the school. The old Council was dissolved by the government and replaced with an interim Council in the wake of the student uprising.

To make way for the new council, the interim council was also dissolved.

Demands
While the government is asking the University Teachers Association of Ghana (UTAG) to change all its representatives on the new Council, UTAG insists its old representatives will remain, condemning government’s demand on UTAG as meddling.

On Wednesday, teacher unions in the country presented a united front against the government .

The unions described the government’s hard stance on the composition of the new Governing Council as intrusive.

At a joint press conference , the UTAG and Teachers and Education Workers Union (TEWU) said they will not yield to government’s demand that UTAG should select only new members to represent it on the Council.

An Executive Member of UTAG, Otchere Addai-Mensah, said the government has no business meddling in the decision of UTAG or any other union or association on the university council.

“This is what government is refusing to understand and consequently has created an erroneous impression that it can pick and choose who represents UTAG or any of the unions or associations on the council.

“We categorically state without any iota of apology that by the very acts and statutes of KNUST, the representations of the unions and associations on the council is not up for discussion with government,” he said.

For the Council to be duly constituted, there must be representatives from the government, university administrators, teacher unions, alumni and the Students Representative Council (SRC).

Mr Addai-Mensah appealed to well-meaning institutions in the country like the Peace Council and the Catholic Bishop Conference to intervene.

National President of UTAG, Dr Eric Opoku Mensah, told Top Story that the union is confident that the Chancellor of the University will resolve the standoff.

“Just after the press conference, Otumfuo Osei Tutu II, the Chancellor of KNUST invited UTAG to Manhyia Palace for some discussions on this matter. We honoured the invitation and after a lengthy discussion…we have decided to allow him to continue to bring a solution to this problem,” he said.

He admitted that the decision to re-open the school should be preceded by the coming back of the Governing Council without which a date for the start of academic work would be difficult to determine .

“I think that once [the reconstitution of the Council] has not been done, it will be very difficult to say whether the school will re-open tomorrow because that is not even a call that UTAG can make,” he said.

There is more in the audio link below.