Prof Gyampo Fires Government Over KNUST Council Back And Forth 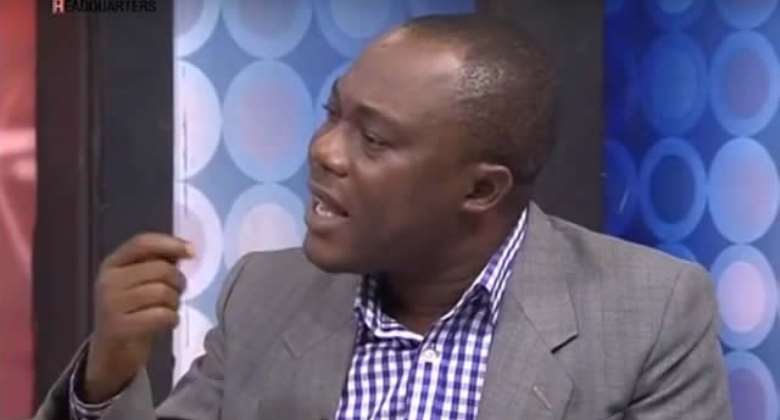 The head of European Studies at the University of Ghana, Prof Yaw Gyampo says government’s push for the scrapping the old governing council of the Kwame Nkrumah University of Science and Technology (KNUST) is inappropriate.

He said the university, an institution should be allowed to make choices for themselves and that they are the only ones who can decide whether the old council should be maintained or otherwise.

“What sort of totalitarianism is this? Why is this government opening itself to needless criticisms? Must it always be on its terms? Must government always have its way,” he queried in an interview with Myjoyonline.com .

Prof Gyampo’s comment comes after the Information Minister Kojo Oppong Nkrumah expressed Monday, government’s desire to have none of the members of the old council included in the yet-to-be constituted council.

“Just as the actions of students, student leaders, school management and the council will be subject to full investigations when the school is reopened, it is important to ensure that a council that is put in place has the freedom of hand to superintend that exercise.

“The specific persons who constituted that old council cannot, therefore, preside in our opinion, over the matters in which their own decisions and conduct will be a subject,” the Minister told journalists at the presser.

But Prof Gyampo says the Minister should not be making such comments.

He is surprised that experienced persons like Prof Kwesi Yankah who was the Pro-Vice-Chancellor of the University of Ghana, are not being consulted and if they are, why his views are not being considered in the matter.

“I don’t understand this shameful effort to control the thoughts and choice of representatives from the various independent constituents of the KNUST Governing Council,” he added.

It seems to Prof Gymapo that government is using the governing council as a scapegoat when it did not sanction the maltreatment the students claim was meted to them by campus security.

He said the council would not have known if the students were being treated badly.

“It seems to me that the apostles of democracy aren’t really the best champions of this accepted system of government. Handling this small KNUST crisis demonstrates how this government can easily descend into the realms of totalitarianism,” he said.

“Mr President, with respect, if you sit down and hide under the cloak of the entity called ‘government’, without intervening in a swift manner that shines your democratic image, a few hawkish appointees of yours, who are unwilling to learn, will drag your democratic credentials in the mud and embarrass you in the sight of democracy watchers and students of Representation,” he warns.

He added that “ If UTAG, TEWU, SRC, GAUA etc want to maintain the mandate of their representatives who served on the previous Governing Council, so be it.”

CHRAJ investigating 428 public office holders for failing to...
25 minutes ago

Injured persons in Ejura shooting yet to receive compensatio...
25 minutes ago