What Does JM Want at all in Life? Katakyie Asks! 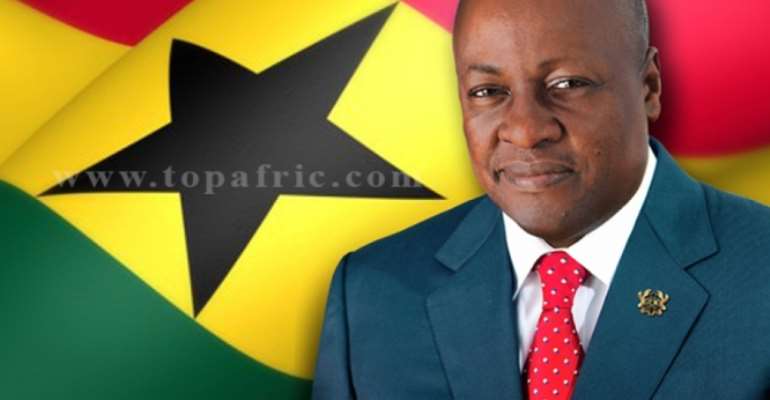 Ever since JM declared his intention to contest the presidency for the second time running after collecting his ex-gratia and monthly salaries as ex-president, I have been asking myself this question: Does the NDC lack just one competent person to lead their Party in 2020?

For, what I know is that, on this earth, we are all aspiring to go to Heaven which we believe is the perfect place for mankind after death. Hence, our continued efforts as humans to make a great impact on the lives of people in our society. But, will it be worthwhile to over-do things just to go beyond Heaven, our final destination? The answer is a big No!

JM has not reached the top of Maslow's Hierarchy of Needs, which we all know as Self-actualization. Due to greed, his unfinished business of his quest to deplete our natural resources through corruption and incompetence, he is the only qualified person in a Party like the NDC to stage a comeback. And whether his motive is to cancel free SHS, teacher/nurses' trainee allowances, bring back dumsor, collapse NHIA, or give visa to guinea fowls instead of human beings to fly to Burkina Faso is the mystery we all need to unravel today and the days ahead.

Interestingly, I am well-informed that, JM is the only person in the NDC who holds the magic wand in terms of physical cash. He is the one who could dash university girls with laptops, dash chiefs with V8s, brand the new buses, and accept Ford Expedition from Burkinabes. Could it also be that, he is coming coming back to implement JUST ONE social intervention to satisfy His Excellency, Dr. Bawumia? Remember, our late vice president, Pee- Kay (May his soul rest in peace) could not answer just one out of the 170 economic questions posed to him by Dr. Bawumia.

But, let me assure JM and his Team that, we are waiting for him. Probably, he was not satisfied with the Onaapo 44% as a sitting president. We, the Osono Family, are ever ready for him at any day, and at any time. We'll make sure he is beaten well as an opposition leader this time around.

The Free SHS, NABCO, Planting for Food and Jobs, Restoration of Allowances, massive infrastructural development, banishing of dumsor, improved economy, reduction in electricity tariffs, among others will lead the fight.

Very soon, we will cover the media space, lay bare our concrete achievements within two years, and make sure His Excellency, President Akufo-Addo and his NPP rule Ghana for the next 40 years. This is the only way Ghana could be recognised among the comity of developed nations as the best for Africa.