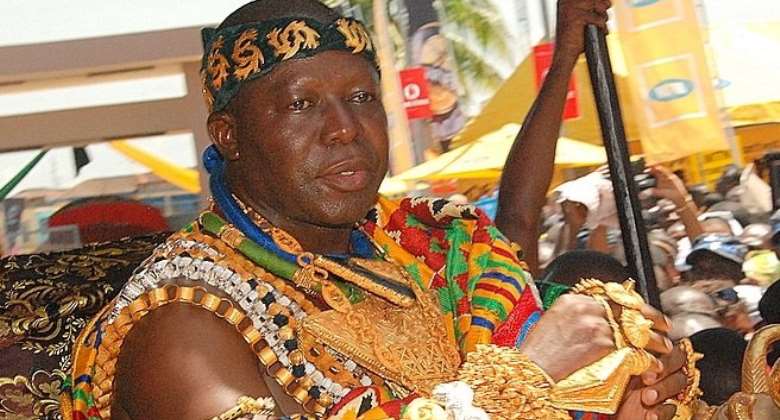 Chancellor of KNUST, Otumfuo Osei Tutu II, is leading a process to resolve the impasse at the University

The impasse at the Kumasi-based Kwame Nkrumah University of Science and Technology (KNUST) may linger a while longer as a process to reconstitute the University’s Governing Council hits a snag.

The government had announced an interim governing council after students revolted against the University’s authority, but a widespread rejection of that interim body forced the government to request the Chancellor, Otumfuo Osei Tutu II, to reconstitute a new Council.

eacher unions rose against the removal of Vice Chancellor of the University, Prof Kwasi Obiri Danso, and condemned the new governing council.

In the melee, the government met with the teacher unions and announced a roadmap towards resolution of the impasse at the University.

However, the reconstitution of the governing council, which was to be the first step in resolving the bitter conflict between University students and authorities on one hand, and between government and teacher unions on another hand, is at a standstill.

The new Council was expected to be reconstituted by close of day Friday, November 2, 2018, and will take over from the Interim Governing Council, according to a press release issued in Accra by the Information Ministry on Wednesday.

Luv News correspondents in Kumasi reported Friday that members of the University Teachers Association of Ghana (UTAG), government representatives and the Chancellor are locked up in a meeting that has gone on for hours.

A disagreement between government and UTAG on the composition of the new governing council has held up the process.

The government, according to UTAG, is asking the teacher unions to nominate new representatives to the new council but UTAG holds that its representatives have been working for the interest of members and would not be changed.

For failing to concede to its demand, government has also failed to present its representatives on the new Council.

For the Council to be duly constituted, there must be representatives from government, University administrators, teacher unions, alumni and the Students Representative Council (SRC).

Breach of Trust
Commenting on the stalemate on Top Story on Joy FM, UTAG President, Dr Eric Opoku Mensah, told host Evans Mensah that the Ministry of Education, which represents government, is scuttling the roadmap for the resolution of the problems at KNUST.

“As we met on Monday, we set up the roadmap that on Wednesday all the unions, together with Government will submit their nominations. UTAG and the other unions did fulfil our part of the agreement and did so on Wednesday and we expected that today [Friday] the new Council will be inaugurated so that the [Interim council] can bring its work to an end,” he said.

According to him, by disagreeing with nominees of the teacher unions on the Council, the government was overstepping its boundaries.

“Government doesn’t have a right to determine who should be chosen by a union to represent it on council…We are just surprised and we feel that Government has reneged on its promise…and that this is a breach of trust,” Dr Mensah added.

He is confident that Asantehene Otumfuo Osei Tutu II will navigate the difficult process and get the government to present its nominees for progress.

Government has, meanwhile, not responded to the claims by UTAG.

There is more on this story in the audio link below.