PDP Convention: Between The Reverends And Mallams 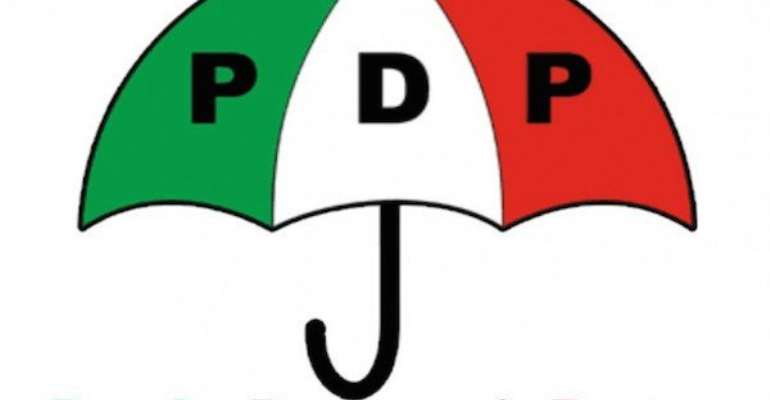 With the much ado propounded by wailers against the Buhari administration, I had concluded that the convention for the opposition party, the Peoples Democratic Party (PDP) to nominate its flag-bearer for the 2019 Presidential poll would have been sharply decided on the bases of region and religion, and by extension age. To me, it was a wasted effort for the opposition party to have strongly opposed Buhari and then turn around to pick one who has almost the same peripheral parameters for their opposition.

I had thought that a reverend father would be favoured to carry the PDP flag. I had thought that the best candidate for them was either David Mark or Jonah Jang. Or if the two were found not to posses the spiritual ingredients such as unique interpretation of the scripture and perpetual hole-picking of the Hausa-Fulani religion, then Bukola Saraki who is revered for being a follower of both Islam and Christianity would have been favoured. But alas! It was not so. It may not have been that they were not qualified to lead the PDP to victory. Maybe, they could not pay much to the delegates, because as innocent as they looked, they had thought that money would not be the determinant force to win the primary. Maybe they had realized very late that the host governor had a lover amongst the contestants. And maybe they had forgotten the PDP pattern of doing things.

Anyway, they decided to nominate a man who is just three years younger than Buhari, a man from the north – far dreaded northeast and a man who is decorated as from the same religion with Buhari. How genuine have been the points by the wailers against Buhari! Before the primaries, the jumping politicians were thought to have lost control of the party. Those who had dedicated all their efforts and resources to defend the party come rain come sun had felt that it was time to recognize and reward them. They must have thought that it was time to reap from the sweat. They must have been told that they were more qualified in the eyes of Nigerians. But that has been the PDP.

To show how desperate and hungry these political hunters in PDP are, some of the losers attempted to take the senatorial and gubernatorial tickets in their states. This is unbecoming of politics in Nigeria. Nigerians must wake up against power-drunk politics under which some politicians think that it is either them or nobody in their localities. These are the politicians who do not deserve the sympathy of Nigerians in any form because their interest is their life, not Nigeria first as they claim.

Before the convention, the line up was thick with the contestants. I doubt if there was confidence at all. (Rev) Sule Lamido (96 votes), (Rev) Bukola Saraki (317), (Rev) Kabiru Tanimu Turaki (65), (Rev) Ahmed Makarfi (74), (Rev) Atiku Abubakar (1,532), (Rev) Aminu Tambuwal (693), (Rev) Rabiu Kwankwaso (158), (Rev) Datti Baba-Ahmed (05), (Rev) Ibrahim Dankwambo (111), (Rev) Attahiru Bafarawa (48), (Mallam) David Mark (35) and (Mallam) Jonah Jang (19) made the final list. There were bargains behind the scene. The umpire host, Wike, in a deep voice had warned the aspirants to obey him or face the consequences of obduracy. The scores by some of the contestants depicted the caricature of a meek servant whose status is determined by his owner. Every contestant was shown his status in the party. There was, however, preference for the power brokers.

In the actual sense, where would have contained the party’s convention save Rivers state, since the garrulous party diehard, Fayose, has been “humbled”. Behind the door, voices were heard: “Give it to Atiku, the articulate targeted”; “No, give it to Kwankwaso, he can pull the weight”; “Ah, give it to Dankwambo, he has endured the heat”; “But Makarfi fought for all of us”; “No, Tambuwal has all it takes”; “What of Saraki, he is smart?”; “Mark is quite remarkable”. These were the seeming discussions behind the scene, with each candidate wearing artificial smiles with hardened heart.

How miserable the custodians of PDP have been exposed! I watched the faces and reactions of the losers as their votes were counted in 10s, 20s, 30s, 40s and 50s. As if planned, the losers were first treated to quickly stir their eagerness and ease them of heart attacks. Look at the great Kwankwaso! Look at the PDP lamb Makarfi! Look at the super PDP leader and party servant of the north Dankwambo! Look at PDP cosmopolitan evangelist Saraki! Look at the new PDP power broker Tambuwal! Look at them one by one. Their names could not even be properly pronounced by those who are clamouring for them. All of them have been deceived as normal.

At the end of the whole bargain, the market was open. Bureau de Change operators had a field day in Port Harcourt because the bargain was in foreign currency, especially the US dollars. One or two offered their inducements in local currency. Who cared about what was local then? From US$1000 to US$10000 were offered by the thickly rich. The umpire seemed to have partly had a Sokoto deal. What surprise Tambuwal sprang! The umpire could have paid well for it. But Atiku had a better deal with the umpire’s sister states with alleged allocation of his vice presidential slot to one of them.

And if they all had visited the Hilltop in Minna and Hilltop in Abeokuta, Atiku’s victory was therefore, unpredicted. Recall that the Minna host is referred to as Maradona who seems to have no better choice than to accept any visitor because of life forecast for him. But the Abeokuta host, always unrepentant and unforgiving is perpetually blunt. “I’ll give up my support for PDP if Atiku gets the Presidential ticket. He is not qualified to lead and cannot lead me”, the super resident of the Abeokuta Hilltop and former boss of Atiku, Olusegun Obasanjo had vowed. “How can I be on the same side with Atiku? To do what? If I support Atiku for anything, God will not forgive me. If I do not know, yes. But once I know, Atiku can never enjoy my support,” he once proclaimed. “Obasanjo cannot decide who have the Presidential candidacy of our party”, Atiku had boasted, carpeting Obasanjo’s support in his bid to actualize his life-long ambition of being Nigeria’s president. How the war between Mallam Atiku and Reverend Obasanjo will affect the PDP’s opportunity in the February 2019 poll, only time will tell.

I read a comment by a PDP stalwart who declared that: “It is interesting when you read between the lines why people are leaving APC. Some people like Saraki say juicy appointments were not shared to them; how can an appointment be juicy if it is about the people? This concept of juicy appointments is what has brought Nigeria to where we are”.

Dino Melaye had boasted that: “I won't support Atiku, Kwankwaso or Tambuwal if they get the PDP Presidential tickets, it is Saraki or nobody”. Femi Fani Kayode had declared: “PDP is in vegetative state. All thanks to Uche Secondus and Wike who made Saraki their leader. No reasonable Presidential aspirant of the PDP will allow Saraki to control the party. Write it down we will all witness the funeral of PDP”