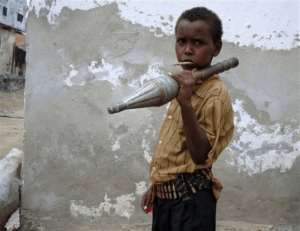 Policymakers around the world are paying increasing attention to the younger generation and its role in shaping society. The young generation has played a major role in recent events in the Middle East and North Africa, and was pivotal to the Arab Spring as well as to the ongoing violence in places like Syria and Libya. And with unemployment figures remaining extremely high, frustrated young people represent a ticking time bomb in the developing world.

Despite a surge in the youthful demographic around the globe, current international mechanisms do not sufficiently address their specific place in peace and security, nor the role they can play in economic renewal in war and poverty-affected countries.

Almost half of the world’s population has been estimated to fall into the youth bracket. But the sad reality is that a huge number of them live in over-populated, poverty-stricken areas or conflict and crisis zones. This translates into a huge social development setback which deeply affects the ability of young people to fulfill their responsibility as the backbone of human development. This is especially true in areas of conflict or poverty, where political and economic exclusion, inequalities and the overall undermining of the role of the young threatens any sustainable peace-building process and stable economic growth.

Young people in these conflict zones are both the agents of violence as well as its victims – when conflict erupts, they become exposed and vulnerable to armed or political recruitment and exploitation.

Somali Youth challenges –
Somalia, where I grew up and spent most of my life, is a country plagued by civil war, armed conflict, terrorism, and political, economic and social crises. Amidst the resultant breakdown of law and order, displacement, poverty, migration, and deep instability, the young generation – like other vulnerable groups in society – was used as a tool on the battlefield. But it was entirely excluded from political processes and decision-making.

Studies show that over 70% of the Somali people are less than 30 years old. This majority has the capacity to either destroy the country further or contribute to its rebuilding.

Somali history recognizes a group of 13 young men as the founding fathers of the nation. They brought about independence through sheer determination and a commitment to defeat colonial powers. Yet today, young people are excluded from the system, perhaps to the detriment of our nation.

It’s essential that youth perspectives be included in peace-building processes and decision-making on peace and conflict. The inclusion and participation of young people enhances their capabilities and affords them the opportunity to develop their lives as well as their societies. Including youth in peace-building processes, as stakeholders and decision-makers, allows them to gain ownership of the policies that affect them as much as the rest of us. It is also necessary to bring about a paradigmatic shift in the concept of the role of youth in conflict which transforms them from being victims or agents of violence to being active agents of peace-building and positive social change.

It is also important to emphasize youth involvement at the community level. There is much to be gained from including youth in the peace-building and community engagement processes, including strengthening their capability of contributing and leading healthier, progress-oriented and more enthusiastic communities.