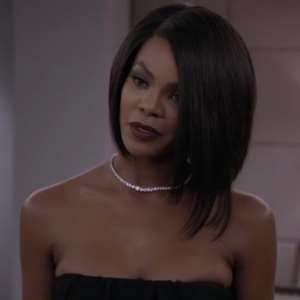 After watching this movie by Tyler Perry, Acrimony, I thought that there were at least five hidden truths in it. So I decided to unpack them for you, my cherished reader. If you haven’t watched this movie yet, you can still grab some nuggets of truth for yourself while reading this.

1. Was it really about the test?
Young Melinda displayed how much she wanted to pass her test, which young Robert offered to assist her. But, I think, it wasn’t really about the test. It was about her sisters. First, Melinda described the relationship she had with her mother as “close,” which gave me the impression, at least, that she got some sort of meaning out of that relationship. Relationships give meaning to life, and the value we put on our lives and those of others is as a result of the meaning we get from the relationship(s) we have. This relationship she had with her mother, I believe, didn’t give her any sense of worth, not to talk of the worth of others. If it did, she wouldn’t be trying so hard to be like her sisters. Just look at the way she was mean, at least for a while, towards young Robert when he brought back her papers. The reason, I suspect, she behaved that way was because of the test. You see, the definition(worth) she found in her relationship with her mother didn’t truly define her, that’s why, I think, she was competing with her sisters for theirs. She thought that she wasn’t as smart as her sisters. Many people are like young Melinda: they’ve found some sort of meaning in life which doesn’t give them any unique sense of worth as an individual. Hence, they’re always chasing after something or someone that would bring it to them. Meanwhile, you’ll never find your uniqueness when chasing somebody’s. Young Melinda’s relationship with her mother was her only source of meaning, thus, when she died, it made her life utterly meaningless. If what gives meaning to your life is something (or someone) that you know wouldn’t last, then it’s high time you reexamine it.

3. When someone promised young Robert
When someone promised young Robert something he never had in his past life, he fell for it. He told young Melinda about how he was raised by his grandmother, who died when he was fourteen years old. Apparently, he was disappointed with his mother for leaving him for many years. That disappointment never really left him. He carried it about, looking for some form of answer, till he met young Melinda who promised him she was going to be there for him. It was no surprise to me when he asked her whether she was sure of the promise she was making to him. This might have been the same word his mother spoke to him some years back, but failed to keep. He thought that in order to make young Melinda keep hers, he would have to marry her. He felt like having his “mother” all over again. Our past needs to be thoroughly dealt with if we’re considering any kind of relationship, because we may try to recreate something of it in a new one.

4. How marriage exposed them
Marriage exposed both Robert and Melinda. And that’s exactly what relationships like marriage would do to you— expose you! Melinda’s search for some kind of meaning in her life ended her in a relationship that she had often doubted. Each time she’s doubtful, life makes no meaning to her; she could do anything, just anyhow. Their marriage revealed that she didn’t have anything that gave meaning to her life even before she met young Robert. He became the source from which she draws out all meaning to her life. Nothing had really changed about her, when her mother was her source of meaning and when Robert was. It was just the way she dealt with them that differed. For instance, the way she dealt with the thought of her sisters being smarter than her was the same way she dealt with his jobless husband. That is, she was trying so hard to be something she wasn’t. Let’s not forget Robert Gayle, marriage exposed him also. It revealed that he was really missing his mother and wanted Melinda to play that role in his life. He was not yet ready to live apart from her. Also, he couldn’t provide for the relationship he wanted to have with Melinda, because his dreams and vision had not yet come true. I see no reason why he should promise a lasting relationship when he didn’t have the provision to sustain it.

5. Diana
Young Diana, when she first met young Melinda, didn’t know young Robert was in a relationship with her. When she got to know, she said, “you didn’t tell me you were in a relationship.” This made me at least believe that she wouldn’t have slept with young Robert had she known she was with young Melinda. Later on, Robert met with the new CEO of PRESCOTT & HOWARD INDUSTRIES, which happens to be Diana. When Robert realized she couldn’t get her to consider his Research, he asked if he could talk to her over coffee or something. Apparently, he just wanted someone to talk to. Diana replied with these words, “… if only you’d bring your wife.” Again, this suggested to me, at least, that she was not interested in destroying his relationship with Melinda. So her purse in his truck was really a bad feeling for her as much as it was for Robert. Knowing the marital status of Robert, and his desperate attempt to get his Research to Mr Prescott, she decided to take a look at his dreams and vision. She then realized she could help him. And she did help. When she stepped in, Robert was sitting right next to Mr Prescott. It tells me that not everyone can get you to where you see yourself. Of course Melinda did try, but Diana was the one who got him there!

[Audio] 'Because of Mr Akudugu you want to destroy me, It wo...
31 minutes ago