A Satirical Penance For LGTBs In Ghana Mirroring India 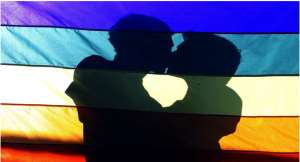 India in recent times has interconnected itself to [25] countries in the ongoing combat of vitiating God’s dictum and that of its country’s criminal code, section 377, which has been in existence for 157 years. The section has basically served as a law which criminalizes all ‘unnatural offenses’ and punishes in its own words, “carnal intercourse against the order of nature with any man, woman or animal”. This law, according to them, had been culled from the colonial era, Indian Youth Activists [IYA] belonging to the Lesbian, Gay, Bisexual and Transgender [LGBT] communities have yearned for it to be scrapped for over ten [10] years now, but today, Satan has heard their plight, and it has been outlawed. The euphoria which climaxed the decriminalization of “section 377” by the Supreme Court of India on Thursday evinced the proclivity of the [LGBT] groups not only in Indian but in the globe.

There have been several petitions from influential countries whom had colonized the Continent of Africa in the times, well respected individuals and human rights organizations for Africans to buy into the idea of same sex legalization. Africans at this time have been canny in their approach of extricating itself from the ideologies of the colonial masters; they could not have dumped their second hand diabolic culture onto the land of mother Africa. Almost all African states have repudiated this idea of [LGBT] on its lands, however much those proponents had issued threats of consigning the poor continent to extreme difficulties due to the failure of assenting to the needs of its session of compatriots who have considered the entrails of a pig as a delicacy! Comically, and if not factual, one of African Presidents who does not mince words in this plea for [LGTBs] legalization requested to have a sexual intercourse with the then most powerful state man who was touring African states with this cantankerous culture before he would approbate the legalization and decriminalization of [LGTB] but this did not happen!

Now that the India has done what Napoleon could not do the so called disenfranchised Community of [LGBTs] in the economy of Ghana would also or perhaps make copious advances unlike how they had done previously to push it onto the throats of our President. Thankfully, none of our Presidents and Parliamentarians in the past or now have ever supported this horrendous and monstrous act but have all expeditiously remained steadfast of their convictions.

Our grounds on this is still fettered and infertile, the state of Ghana cannot requite God just like other countries have done so ungenerously; we still require the mercies of God to triumph if not this world then the next! We cannot allow the paramour of the [LGTBs] to make us appear stultified and disconnected from the relationship we have with our Creator, never!

Ghana for instance have been good to its citizens to the extent that it had even gone against the obvious Books which have mentioned in Leviticus 18:22 “You shall not lie with a male as with a woman; it is an abomination”. And the severest punishment of it is prescribed by God’s Law in Leviticus 20:13 which says that “if a man lies with a man as with a woman, both of them have committed an abomination; they shall surely be put to death, their sins are upon them”. These verses are clear and straight forward that even a novice could interpret it with dexterity without a law degree. A belief that has been misconstrued and propagated by the church of today which is “we are under the grace and not the law” had led to the collapse of a lot of moral dictates from the Bible. It is of this reason why today people have become overwhelmed protesting for their rights. Ghana’s unborn generation are to be protected from these satanic acts which have plagued our society lately. Diarrhoea, malaria and cholera are our worst enemies we have not shackled yet. So why should we decriminalised it, this is a porous issue to be argued over. The economy of Ghana has a vast pressing needs so it will not condescend to talk about acts that our tradition and gods have frowned upon.

However, there is this new proposal which [LBTGs] in Ghana would love to pay a rapt attention to and give it a try. Ghana in the 80s experienced a great famine which forced many citizens to ousted themselves to Nigeria for asylum. They did so owing to the current economic hardship they could not mettle out and most of them had their goals met. Another example which needs no boarder introduction is the attrition of citizens from various African states to explore Europe in the quest of meeting a better livelihood there, at the end only few people make it but majority die terribly while ferrying the Mediterranean Sea to Italy from Libya. The heading would sound as if your rights are being usurped as a citizen of Ghana, but give it a second thought by using the past examples aforementioned for a case study. Our elders have said that if you consider yourself too small to make a difference then you have not spend a night with a mosquito. Snice you have the latitude of distorting God’s creation this should not be a problem, only few cedi and there you go!

Agitating for your “right” has you do clamour for, you must take a very wise and bold decision to ostracise yourself to the land of freedom [India] if you are yearning for the legalization of [LGTBs] in Ghana which by the Power of God and the judgements of our able judges it shall never and not today, be decriminalized. We pray a day is coming where the punishment entrenched in the Bible would be promulgated for Ghana to have a peaceful life. India, Australian, Belgium, Germany, Canada and United State have legalized it very shamefully, you could just go to any of their embassies and make a request that you have come to engage freely in this fiendish [LGBT] and freedom would be granted unto you thenceforth.

Ideally, we have heard your cries and it has dawn on us that your god is a modern god and ours is antiquated, we like it that way! If God Almighty is touted as such by your outfit as being outmoded because he does not welcome your so called ‘human rights’, we love and cherish that God for the only reason that the air we [all] breath has not yet become outmoded! And you [LGTBs] still have not created your own world, and so, for us, we shall continually live by his statues! Ghana is not ready to tell God Almighty that we know better than he does because we are weary of the end time of nations which did so. We shall never accost the obvious Books because of the little knowledge God had bestowed on us to defiantly refute what He abhors most. Whatever we have read from the books of the Bible and Quran we believe God would demand it from us on the day of accountability, and for that matter we need to save our tomorrow which is far better than human rights of today.

If you think your rights have been fraught with falsehood you need to ask yourself that why did God Almighty punish the people of Sodom and Gomorrah forthrightly? They also have rights but theirs and this right is not one which is defined by God but by Satan so their rights as they claimed was rather their ‘lefts’.

Have you for advocate your rights, and for that matter instead of putting food into your mouth you would consider putting it through your nostril? And if you want to void faeces from your bowels you would do so through your mouth and not your anus? But you must need to try that one too because it is your own rights and rights are dynamic or? The only thing we need to know so that we shall eschew from this nefarious act is that God Almighty would never bring somebody into the world for the purpose of this global canker, so do not befool yourself by blaming your genes. It does not make sense to claim that you were born with the concupiscence of desiring man instead of woman or going for woman instead of man. If that was so, God would never had burnt down the people of Sodom and Gomorrah because He was the one caused it, think!

Billy Graham and his wife called Ruth was reported to have had a time of shook after reviewing his manuscript entitled World Aflame published in 1965. Billy had given the book to Ruth who read the portions of it which deal comprehensively with the evils of the people of America. She became so aggrieved of the evil of the society and said “Billy, if God does not come soon and bring judgement upon United States, He is going to have to apologize to the people of Sodom and Gomorrah”. They had shared this sentiments looking at the proliferation of the [LGBTs] in America and the world at large, and this is saturated than the community of Sodom and Gomorrah which was plummeted then. They are perfectly correct but God always give man the leeway to see if he might change but if he remains pompous and haughty, he shall soon meet his waterloo.

It is simple as that, allow our President to think about the economy of Ghana. If you desire to masquerade yourself for your brother man to doggy you or your sister woman to pussy you, go to India and other practising countries to enjoy the free flow of man mounting man and woman caressing woman fad.