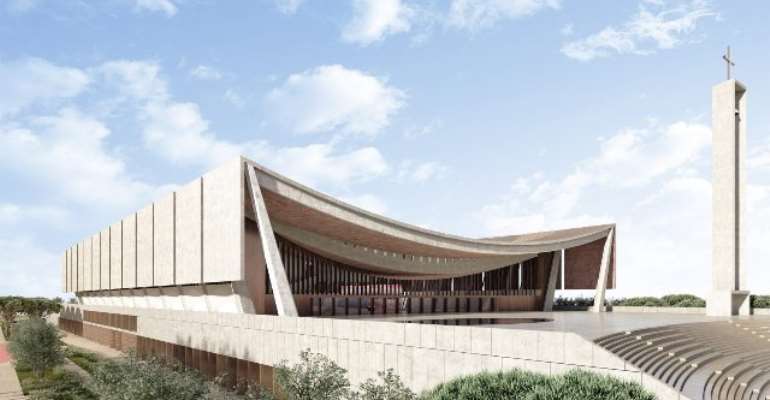 In view of the toxic opposition against the building of a national cathedral in Ghana, many Ghanaians have resorted to Kofi Awoonor's poem, 'The Cathedral' as a source of inspiration to consolidate their misplaced opposition. I was fortunate to have read the poem both in senior high school and at the University of Cape Coast. So, certainly, I am not oblivious of its interpretations. In the following paragraphs, I will flesh out why we cannot use the poem against the cathedral.

First, the poem is never value-free. Kofi Awoonor was a member of the Afrikania Mission, a neo-traditional group that was founded by the erstwhile Catholic priest and dissident, Osofo Okomfo Vincent Damoah. He was also a strident opponent of the Christian faith. Awoonor wrote the poem as part of his unrelenting antagonism against Christians and what they stand for. As a traditional revivalist group, Afrikania Mission is bent on making Christianity unpopular, by distorting the faith. Of course, the surest way to win a war is to strike first. And that was exactly what Awoonor did with his 'The Cathedral' poem. To simply state, the poem was meant to stir public uproar against Christianity.

It must be mentioned that Kofi Awoonor was a product of his generation. The political independence of Ghana found resonance with intellectual independence. Consequently, in the 1960s and 1970s, many nationalist scholars assigned themselves the task of rewriting, reconstructing, deconstructing, and refuting the epistemic injustice they perceived Europeans had done to Africa. As a student of African Studies, I admire the efforts of these scholars. But, some of them were NOT measured and critical in their response. And because most of them were reactionary scholars, they glossed over some aspects of our cultures that needed to be critiqued and pruned. The sense of atavism among these scholars obscured their sense of objectivity and criticality in their analysis of 'African culture'. In the end, they promoted a similitude of what the Ghanaian-British eminent professor, Kwame Anthony Appiah, has described as 'anti-racist racism.' The rhetoric of some of these nationalist writers was largely to stir up Africans against anything European.

Kofi Awoonor was part of that generation of African nationalist scholars. He excelled in his art of condemnation to the extent that he became a petty tribalist, who wrote an incendiary book, 'The Ghana Revolution: Background Account from a Personal Perspective,' meant to ordain and canonise his petty tribalistic politics. The book is not just repulsive, but a threat to nationhood in Ghana! ‘ His poem, ‘The Cathedral’, was also part of the blame culture, which many Africans have used to explain the predicament of the continent. There is no doubt that slavery and colonialism had an overwhelming impact on Africa and Africans. But excessive dwelling on the effects of colonialism and the externalization of the failure of the continent has given African a point of escape from admitting their complicity to the woes of the continent. And because we keep harping blame culture, we do not accept our responsibilities and in the process fail to bring the development we so much covert. We also keep repearting our mistakes. It is exactly the blame culture that Kofi Awoonor horns in his poem.

Second, because Kofi Awoonor and his cohort (Afrikania Mission) have misguided infatuation for supposed Ewe tradition, they are stridently promoting the barbaric and inhuman practice, Trokosi in a civilised Ghana. After all, what should we expect, if you damn Christ, everything goes. Since the coming into force of the Fourth Republic Constitution in 1992, the Afrikania Mission has been a major stumbling block to the state's effort to root out Trokosi. The atavism and uncritical romanticisation of ‘The Cathedral’ is the reason Afrikania Mission has stubbornly continued to support cultural practices that are a drawback on our development.

Third, between 1982-1985, Rawlings illegally proscribed the airing of all Christian religious programmes on Ghana Broadcasting Corporation. Around the same time (1989), he passed the Religious Bodies (Registration) Law that allowed him to serve as the religious police over Christian activities in Ghana. But in the midst of all this, Afrikania flooded and inundated the airwaves with their message that was not just blasphemous about Christianity, but inciting public disaffection against Christianity. At that time, members of the Mission did not know that Ghana was a ‘secular’ state. They also thought they could stamp out Christianity with their diatribes against the faith.

The ranting of Kofi Awoonor was part of the grand agenda to defame Christianity. It is no wonder that in people's haste to condemn the construction of a national cathedral, they have found solace in Awoonor's poem. In conclusion, knowledge production is also a political project. No knowledge is neutral. Therefore, Kofi Awoonor's poem was not value free. It should not be uncritically used to condemn the national cathedral. If you use it against Christians, we will also reserve the right to critique it.