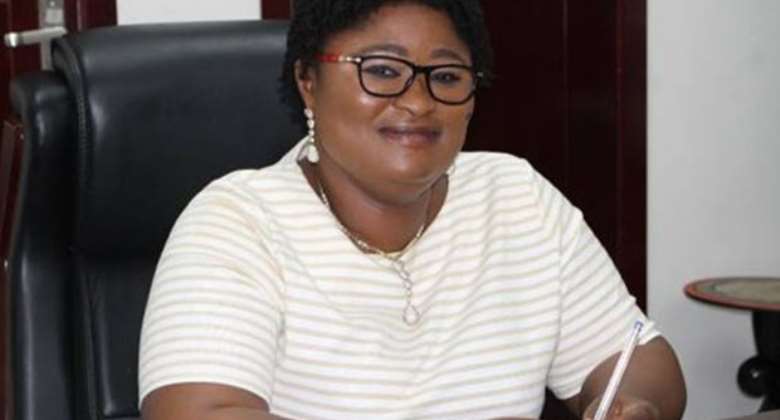 The dismissed Chief Executive Officer (CEO) of the Ghana Export Promotion Authority (GEPA), Gifty Kekeli Klenam, who appears to be challenging her dismissal by the President, will today appear before the Economic and Organised Crime Office (EOCO) to answer questions on matters relating to alleged corruption at the Authority during her tenure.

Her deputy Eric Amoako Twum has also been invited by the anti-graft body for his involvement in some alleged misappropriation of funds at the GEPA, including the withdrawal of GHȼ1 million from the organisation's account for questionable disbursement.

The two are alleged to have misappropriated $132,000, equivalent to GHȼ580,800 during their tenure at GEPA for rent allowance for two years contrary to public service rules.

DAILY GUIDE earlier indicated that Ms. Klenam had been invited by EOCO, and although she denied the invitation, deep-throat sources have told this paper that she is expected to appear before the anti-graft body today.

Although she had been fired by the President, Ms. Klenam, a former MP for Lower West Akim at Asamankese, reportedly indicated that she was still at her post, threatening to go public with what she claims to be secrets of the party.

Scandal
Ms. Klenam and Mr. Amoako, it would be recalled, reportedly collected $132,000 for rent, covering a period of two years in gross violation of Public Services Commission rules.

However, even though the ex-CEO and the Authority continue to deny the allegations, checks by DAILY GUIDE indicated that she and her sacked deputy actually collected the said amounts of money for their rent.

Documents sighted by this paper indicate that she also took a whopping amount of GHȼ27,000 and another GHȼ8,000 for furnishing in May last year.

DAILY GUIDE also gathered that Mr. Amoako was on a GHȼ24,300 clothing allowance as of May 2017 and GHȼ8000 to cater for his furnishing.

“The purpose of this withdrawal is to enable the Authority pay for rent for the Chief Executive Office (sic) and her deputy. Mr. Eric Twum Amoako will receive the money on behalf of the Authority,” the letter pointed out.

The amount was said to have been cashed from First Atlantic Bank Ghana and used for the rent.

The authority, in its response, failed to address the substantive issues that have been raised against Ms Klenam and her deputy.

Again, Ms. Klenam has been accused of paying herself GH¢93,000 for clothing allowance.

She has also been accused of paying $19,500 for a training programme at Harvard University in the United States of America.

Furthermore, it's alleged that she has also authorized the purchase of two new Toyota Land Cruiser vehicles and three new saloon cars for herself and an assistant.

Strangely her other deputy, Akilu Sayibu, who was also appointed by the president, was sidelined by the two who ran the show at GEPA.