Senchi: The Citadel Of Hope 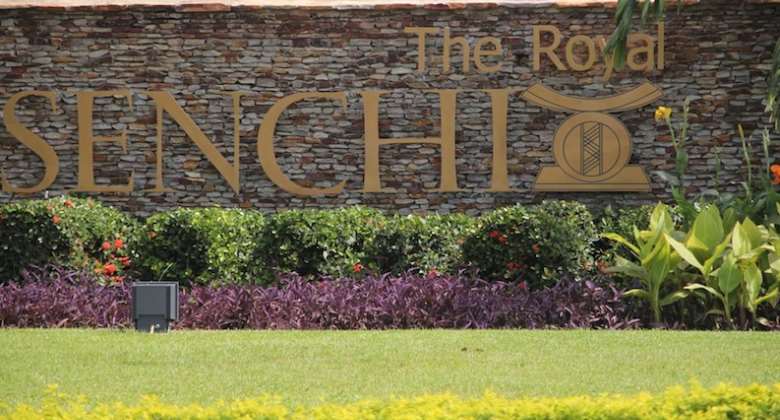 Wondering what I could offer to Ghana on my birthday,I finally settled on Senchi; which happens to be among the key places I developed my self-awareness to make a difference as a linchpin.

Growing up in my grandmother's house in senchi was a moment of ups and downs ; wailing for success within an ambience of "overprotecting citadel" of parenthood.

Senchi is a town in the Asuogyaman District of the Eastern Region of Ghana.

A small town within the enclave of Akosombo anchored with strong , potential and intelligent working-age but driven by a hopeless economic hub ; no good job , low level of graduate turnout and almost zero business activities but hardworking and optimistic young and old residents.

I saw my future amidst the mixed ambience in Senchi .

More importantly, I saw hopes, dreams , potentials, gifts and talents shuttered down at an early age because of poverty and dying motivational drives.

I asked myself often times at night how I can help change the narrative that I was experiencing then.

Senchi used to be the 'Makola' ( business & transit hub) for most part of the Eastern and Volta Region. You can say the "Dubai" of the Eastern region because of the ferry that connect the Volta to the rest of the country. There were a lot of jobs and business activities that were putting money in the pockets and food on the tables of the residents then but today the narrative is a sad one. Before I punch the economic empowerment gap that need to be filled at SENCHI, I will try and give you a brief history behind the name .

I believe you have heard the name 'Senchi Ferry ' ? Well! I will leave the history for the historians to do.

But where did we get the name Senchi and what is the actual meaning?

The History Behind the Name:
One of the 52 VRA resettlement towns. GhanaDistricts distinguishes between Old & New Senchi.

Ogbete has this place on one branch of the migration route of the Akpafu: "Intending to hide or run away from the Akwamus, the Akpafus moved their settlement three times northwards along the Volta, which they called Firao. While at one of the settlements, they heard that their kinsfolk, the Ntchumurus, had attempted to cross the great river. So the Akpafus sent people to see how the Ntchumurus would do it. Some days later, those sent to the Ntchumurus came back with the following tale: the Ntchumurus formed a series of human chains with seven or eight people in each chain. Holding hands, they walked into the river while their leaders stood on the bank shouting directives to those in the water: 'Ot bo oklua mle sankyi ba!' meaning 'if it is rather deeper then come back'. From that day the place has been called Senkye or Senchi."

The Economic Driving Needs of Senchi:
' Senchi' as the name suggest ; we need to go back and reinvent the wheel that can bring and restore more hope and brighten the future of the next generation of Senchi.

Senchi doesn't need politics but rather an investment that can open up the town again for economic activities ;creating jobs, restoring hope and better lives .

Likewise, the completion of the Royal Senchi Hotel has brought some economic gain to Senchi: creating jobs , augmenting business activities among many others.

These two major events above are enough indications of what the economic drivers of Senchi should be;

Let me pause here so I can have enough energy to celebrate my birthday. I promise to write another article on Senchi ; focusing more on how our leaders; DCE, MP & Assembly man can can turn Senchi into an economic Paradise in Africa.

Nonetheless let me acknowledge the contributions that our incumbent and erstwhile DCEs, MPs and Assembly members have done so far .

Akufo-Addo going to IMF is not victory, it's a day of sadnes...
9 minutes ago