How Patriotic Are NDC Members? 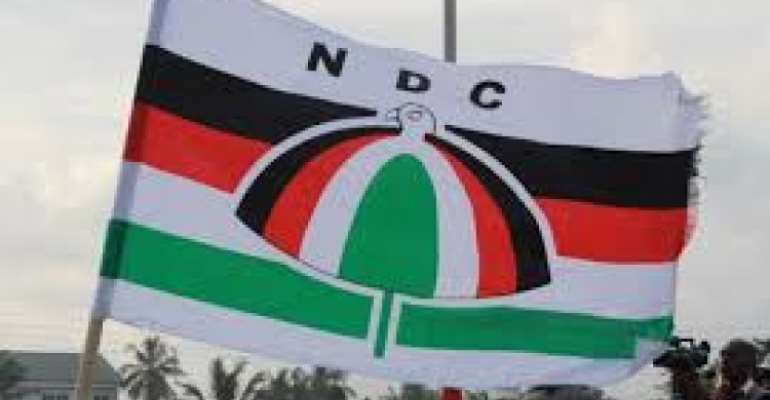 • For, their MPs boycotted proceedings in Parliament when the National Health Insurance Scheme/free maternal care bill was being approved in the House. This bill only sought to provide affordable health care for the ordinary people in Ghana.

• They staged a walk out in Parliament when ROPAA was also being approved in the House. ROPAA only sought to allow every Ghanaian living abroad to partake in our general elections.

• They were against the repeal of the criminal libel law. The law was meant to gag journalists from criticising the P/NDC government as anybody who broke the law faced up to a 10-year jail term.

• As for the free SHS programme, the earlier I kept my mouth shut, the better. The whole NDC machinery denigrated, mocked, and vehemently attacked it saying, it could not be possible. They continue to attack the policy even after its successful implementation in 2017.

• These same NDC members ridiculed Kufuor and his NPP government about the oil discovery. The bottle of palm kernel oil they sent to Parliament is still with them. As I write today, they are in court kicking against the use of part of the oil revenue to fund the free SHS policy.

• For 8 years in power, they could not complete over 5,000 affordable houses started under the NPP-government.

• They were against the Special Prosecutor, the man who was once the vice presidential candidate of their party. The SP is to fight against corruption.

• They have kicked against the galamsey fight that is geared toward saving our water bodies. They are now inciting galamseyers against the ruling Party.

• The NDC members do not understand why trainee nurses and teachers should be given allowances to study.

• They placed a ban on public sector employment for four years leading to the formation of Unemployed Graduates' Association, which Afriyie Ankrah described as an evil group.

• Yet, they are telling these same unemployed graduates not to register for the Nation Builders' Corps (NABCO) which will put GHC700 in their pockets every month.

• They, not only misappropriated taxpayers' money, but also, stole plenty to enrich themselves - bus branding, SUBAH, SADA, Woyome, just to mention, but a few.

• Did I forget the National Digital Property Addressing System that seeks to formalise the Ghanaian economy, transform and improve the operations of business activities in the country? The NDC laughed it off.

• They are not even comfortable with 1D1F, Planting for Food and Jobs, One Village, One Dam, etc programmes.

• Today, these same NDC fanatics are against the issuance of National Identification Cards and their MPs have even refused to register for the Ghana card for free. The card is a proof of identity, citizenship and residence of the holder.

The question that begs for an answer is;
Why does the NDC seem to oppose anything that has the tendency to promote the welfare of the ordinary Ghanaian or Ghana as a country?

Fellow citizen, would you ever allow this bunch of unpatriotic, incompetent and corrupt people who wasted 27 years of our independence come to power again?

Your guess is as good as mine!
Please, let's guard against our victory in 2020 and beyond, for these NDC MPs will never stage a walk out when it is about loans for cars, rent or salary increment.

I planned my fake pregnancy with my mother, I used silicone ...
13 minutes ago