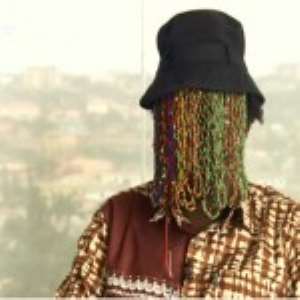 Dear Mr. Anas Aremeyaw Anas, my recent joining the columnists of ModernGhana News site, to write about the true origin of Aids and Ebola, was also an opportunity to know some of the Ghanaian journalists I don't know. Therefore, to know you very well, for the past two weeks, I have read much about you giving me ample information about your career as investigative journalist.

In fact, you have an amazing solid foundation which supports and reveals that you are a great journalist. I am more impressed when I visited your website to study more about you.

On your website, I read “Anas is not just your common or guardian journalist, he is an investigative reporter whose daring has taken him to Bangkok disguised as a Catholic priest to see how Africans in Thai jails are treated.”

That’s outstanding and excellent Anas. Unfortunately, the same website which impressed me also disappointed me with recommendations from certain people on your website.

Mr. Anas, the significance of this letter is since you are an investigative journalist did you ever had time to investigate two people that recommended you, in the names of the former American president, Barack Obama and the American business tycoon Bill Gates?

Mr. Anas, I will explain my point of asking you this question. On the path to search the truth about Aids and Ebola, which all the articles have been published on ModernGhana News site, I visited two famous authors and medical professionals, scientist Johan Van Dongen in Holland and the medical doctor Wolff Geisler in Germany.

As a matter of fact, Bill Gates is one of the world’s medical criminals ever known. He finances the World Health Organization and the Centers for Disease Control on viruses for global depopulation, including Aids and Ebola. The Russian leader, Putin once exposed him to testing Ebola in Congo.

His money has lured poor countries to invite him to save their nationals from diseases, later it has been exposed that Bill Gates rather tests newly manufactured dangerous vaccines on innocent people he claims he is saving their lives?

Mr. Anas, do you know why Bill Gates has been banned from Russia and India? Firstly, because Vladimir Putin, the Russian leader, knows about all his clandestine works, and secondly, Bill Gates vaccine trial killed and maimed a lot of Indian children.

We have already published all the articles pertaining Bill Gates' medical criminal activities on our health blog 'Secrets Of Aids And Ebola Facts Journal.' You can also read more of the sinister activities of Bill Gates on famous recognized independent health blogs online.

When Bill Gates was giving the chicken to poor countries he claims poultry farming will help them, why did the Bolivian president turned away Bill Gates' chicken donation? Indeed, that president is very clever. Because he doesn't know how the chickens were raised knowing perfectly well how dangerous Bill Gates is. However, the media gave false information of the reason the Bolivian leader rejected the chickens.

Now Mr. Anas, let’s come to former American president Barack Obama. The Ebola epidemic was triggered during his administration in Sierra Leone, Guinea, and Liberia. Mr. Anas, let’s assume that it was just a coincidence, but did you investigate to find out the reason Obama sent the US military to the affected place instead of health personnel?

These are the words of my medical masters I treasured very much. Because Ebola is biological weapon created by the US military scientists and planted in African jungles, thus; the military has enough knowledge to handle the situation before health personnel could begin their work. Another reference, find on the internet all the criticisms against Obama for taking such a bad decision.

And since it was a biological weapon and the intention was to depopulate or kill, the World Health Organization intentionally delayed after many have died before they responded. WHO has since apologized for that late response. The third reference, you can read WHO's apology on the internet.

To summarize this topic, as a great investigative journalist with such impressive career and background, Mr. Anas why you couldn’t investigate Bill Gates and Barack Obama? Believe me, Mr. Anas, it may likely be that they recommended you to prevent bringing those skeleton in their cupboards to the public's view.

As a journalist, I will always admire your work, Mr. Anas, because when talking about brave and intrepid journalists who are not afraid to die, I am one of them. The only difference between you and me in regards to investigative journalism is you cover or hide your face, I don’t.

Finally, please, next time do your homework well, and avoid putting the recommendations of criminals on your hard earned website to tarnish your image. Thank you.