Water Rationing, Did We See It Coming? 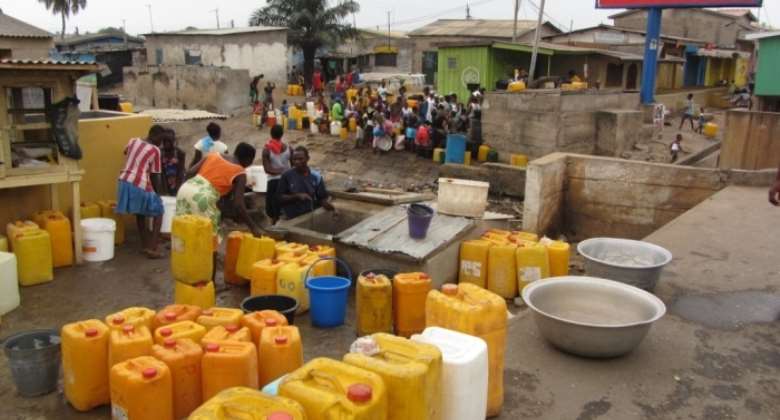 On April 8th 2017, I released an article which was published by ghanaweb, newsghana and modernghana concerning galamsey activities and its socioeconomic effects on the economy and livelihood. To prevent the unbearable from occurring was the reason the government embarked on an agenda to eradicate galamsey (Small scale mining) which was a major detriment to our water bodies as they were being polluted on daily basis. For the past few years, the country has faced and experienced electricity rationing which ended up collapsing various notable businesses and companies, caused layoffs and thus increased existing unemployment, contributed to a fall in GDP and many other direct socioeconomic effects.

Now in 2018 after the fight against galamsey, the Ghana Water Company claims the rate of water pollution in the country has become prevalent which demands rationing of water from January till the country experiences it’s raining season. The communications director at the Ghana Water Company has thus blamed the recent shortage of water in the country on bad farming practices, illegal felling of trees and galamsey activities, the water company spokesperson said if the rains do not come soon enough, the entire country would have to compromise on the little available by way of rationing. But excuse me to say, water isn’t any good which has a substitute to say you can use its alternative in place of it. Secondly, in my article titled “ Galamsey: Its effect on water as a basic necessity”, I highlighted on few importance of water to help my readers understand why water though has a small monetary value performs functions which are very useful and irreplaceable. Some of the important role played by water in our society, home and businesses include:

If the Ghana Water Company decides to intensively start water rationing as it has for the past weeks, it is going to pose a greater challenge to some communities and residents living at places marked as residential areas. In such places, it will be difficult to get water to go by daily activities from elsewhere. Some communities and areas can resort to wells etc but those living at east legon and its environs would have to go through this unfortunate ordeal for the speculated period of the exercise. It has a major economic effect as it will go a long way to affect production in the manufacturing sector basically producers of fruit juice and any production which requires the use of water. The Ghana Water Company has also speculated the possibility of the country importing water to support the existing shortage in water supply if activities/situations remain unchanged. Blaming the recent water shortage problem on bad farming practices, illegal felling of tress and galamsey activities will be the same as blaming the ministry of agriculture for being a complete failure.

Per our activities, did we really see this coming as a country? In times where my area or community will be denied water for about four (4) days, how am i expected to provide water for my children, wife and even some for cooking, washing and other activities water can help me perform it better. We currently have goods/services/food including rice we import which are crippling our infant industries and causing huge deficits to the country’s GDP, MUST WE ADD WATER TO OUR IMPORTS TOO?