If Donald Trump Is An African President… 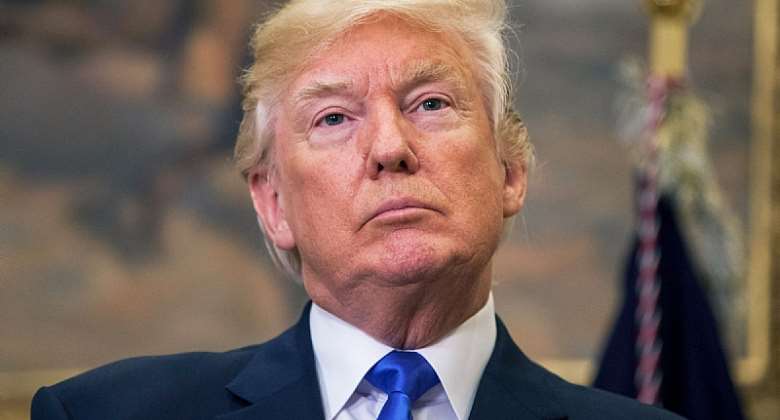 If Donald Trump were to be an African leader or president, no doubt he will run his country just like how the late Emperor Bokassa, Idi Amin, Sani Abacha, Mobutu, Gaddafi, Nimeiry, or the present ones like Paul Biya, Teodoro Nguema, and deposed Yahya Jammeh run theirs. The preceding assertion is not an exaggeration in that President Trump portrays a persona strikingly similar to a typical African dictator’s behavior. This observation will become a bit clearer as we move along in our discussion.

First, regarding Mr. Donald Trump’s derogatory “African comments” that have generated worldwide condemnations because of what many viewed as unguarded utterances spiced with unfiltered racial slurs, some of us however do not see these remarks as breaking news. It is not surprising that President Trump is said to have made those disdainful comments about Haitians or African nations in general. He is known to insult almost everyone he disagrees with or whenever he becomes frustrated.

For some of us who have taken a little time to follow or learn one or two things about Donald Trump, it is obvious the guy is ignorantly racist and also not intellectually curious about many, many things except real estate business. During President Nixon’s administration in the 1970s, the US government Justice Department filed racial lawsuit against then young Donald Trump and his father Fred Trump’s real estate firm for their discriminatory apartment rental practices toward blacks and Puerto Ricans. Mr. Trump’s racial animus is legendary. No matter how he runs away from it; he can’t hide from his racist tendencies.

More so, Mr. Trump is adept at bragging and exaggerating his business success/acumen; and always insists he belongs to the world’s billionaires club. But, as of now there is no way we can ascertain the veracity of his billionaire status or how much money he actually makes over the years because he would not allow public sees his tax returns as a standard practice (though not mandatory) for U.S. citizens seeking high office.

Keep in mind all the US presidents, starting from Mr. Kennedy or Nixon to Obama, including even the failed US presidential aspirants, have released their tax returns to American public to let everyone knows how their potential leaders made their money except Mr. Donald “braggadocio” Trump. What is he hiding from the American people? Your guess is as good as mine.

He had run down many of his business dealings through bankruptcies not one or two times but about six times. Yet he is super boastful of the Trump Tower hotels/buildings as if he invented real estate business the world over. What Trump says about blacks or African people home and abroad should be taken with a grain of salt. He lies a lot, and doesn’t have any moral grounding or credibility. The highest education he is known to have attained is bachelor’s degree in economics, but he talks about his college exploits as if he has earned more degrees than undergraduate level. When he talks about himself, he sounds like he is an immortal human being much the same way ignorant despots in Africa and elsewhere talk.

Like many self-centered African dictators, Mr. Trump is very good at demonizing his political opponents and others who don’t share his tribal sensibilities or idolize him. His core worldview similar to African despots seems to be that the entire universe must revolve around them and their big egos. What may be preventing Mr. Trump from developing into full-blown dictator is that unlike the brutal dictators past and present in Africa, President Trump is confronted by strong and well-functioning institutional checks and balances within US political culture, so he can’t have his ways like he may want to. Probably, the reason he seems to have gotten away with some things so far stems from the fact that his party holds “almost all” the three branches of government. If Democratic Party controls any of the legislative chambers as we speak, we may be in the impeachment phase by now.

A close scrutiny of his behaviors and pronouncements is a clear pointer that if Mr. Trump were to be a president of one of these African countries where the rule of men is the order of the day as opposed to the rule of law, he will definitely be a dictator of the highest breed. Again, like all dictators, President Trump views himself as depository of all knowledge and ideas. Anyone who questions or challenges his ideas quickly incurs his displeasure and tongue-lashing.

Unquestionably, if United States Constitution allows, Mr. Trump would have self-imposed long lists of titles of nobility on himself just like the late Idi Amin, Bokassa, Mobutu, and others did in Africa. In leagues with dictators elsewhere in Africa, Donald Trump loves incessant compliments and adulations; they make him appear larger than life. Offering apologies seems to demean his humanity. In fact, people or leaders with dictatorial bent never apologize for their mistakes or any wrongdoings.

President Trump insults and offends people almost every day and never apologizes because he doesn’t genuinely have that human touch and sensitivity; plus, he behaves as if he doesn’t ever make mistakes. It is one of the modus operandi of dictators, especially, in Africa follow. Does anyone have a record of the late Idi Amin, Emperor Bokassa, Gaddafi, or Yahya Jammeh ever apologizes to anyone for his wrongdoings during his term of office? The same thing applies to Mr. Trump. It is all about him.

American time-tested democracy is underpinned by its wide networks of the media. Without the media US system of government is dysfunctional. President Trump knows this reality; yet what do we see or hear every day about the US media? Like African dictators whose first agenda is to muzzle press freedom, Mr. Trump abhors the media unless it is the Fox News Cable Network and few others that deify him and sing along with his racist hymns. Any media account that indicts his policies is “fake news” to him. Thanks to the highest heavens this is United States, elsewhere in the motherland where many of the civil institutions are weak, a president like Donald Trump will turn that nation into his fiefdom in a heart’s beat!

Bernard Asubonteng is a US-based writer; send your comments to: [email protected]