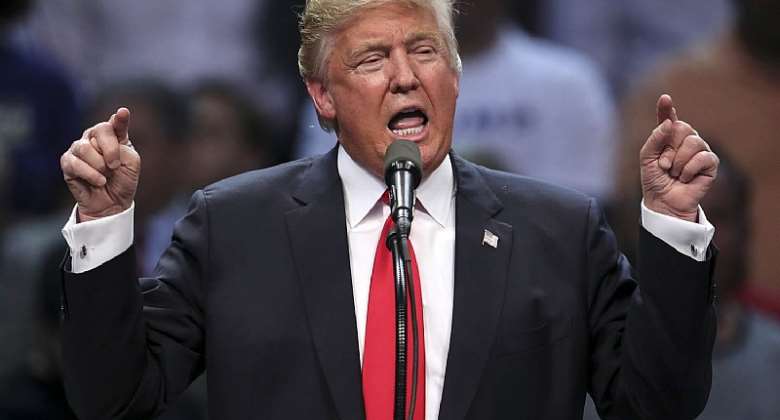 I hate to be tetchy so I will go ahead and make my point as clear as possible. And I’m hopeful this write-up would find you at the Oval office, the White House, before sundown or twilight eastern time. Mr. President, need I remind you that the hate seed you sowed on Thursday had blossomed by dawn Friday? And now here are the fruits of your labour. The backlash has been huge as governments, citizens across the world, the Vatican, the United Nations and the African Union bare their teeth.

Mr. President how quickly did you make yourself so unpopular and ostracised?

You know many or most of us wouldn’t have bothered if you’d inflicted this injury or damage to yourself. I bet not many of us would have cared if this had happened to you alone. Rather most of us are worried and scared about how your disparaging remark is making America unpopular across the world by the day. So I dare ask you: Is this the America you claimed to ‘Make it Great Again’ or are we to expect another America elsewhere?

Is this a deliberate attempt by yourself to destroy what your predecessors built? Or it’s an effort to unmake what the previous governments made and to dismember what the trailblazers integrated? Indeed you’re gradually and consistently chipping away the goodwill and the influence America enjoys abroad.

The images of you have flooded the social media. You’ve been caricatured and ridiculed everywhere! Is this the president of the United States of America? Not long ago you insulted Muslims, you called Africans and Mexicans names and you bragged about it. I also heard you say you’d ‘bomb Iraq and take their oil’. Who does that? Who taunts a rogue and say I’ve a big button?

Mr. President what kind of seed are you sowing? And what do you intend to reap?

Remember a scorpion doesn’t beget a frog. If you sow a seed of hatred you’d reap destruction. About a century ago, a great nation was born following the demise of the British Empire in the 20th century. There was a new dawn, there was a paradigm shift. And the whole world recognised America as a Super Power. America’s influence would spread beyond the continental North America.

And why the denial now, didn’t you know it would come back to haunt you? It seems to me that you’re up to something: Something that could throw us all under the bus. But are we clueless? No, the signs are boldly etched on the walls. However, it appears we’ve found ourselves on a slippery slope. We simply cannot get traction anywhere. I think your reference to Haiti, El–Salvador and some African countries as ‘Shitholes’ would perhaps let you go down in history as a ‘genius’ that genuinely had no clue about the geopolitics of the day.

Albert Einstein said and I quote: “The more I learn I realise how much I don’t know.”

My Mom was pregnant with me when Nebuchadnezzar’s Babylon tumbled. I was a toddler when the Roman Empire fell. And I was a kid when the British Empire collapsed.Growing up I heard the phrase; ‘The sun never sets on the British Empire.’ It was originally used for the Spanish Empire in the 16th and 17th centuries.

I was in Europe in 2008/09 when your predecessor President Barrack Obama t got elected. It was an American election but it seemed the whole world had been Americanized. The fever had caught everyone and the world saw America as the global leader.

When candidate Obama in July 2008 took his improbable journey to the heartland of Europe America was loved again. America got her respect back His speech in Berlin Germany (in July 2008) before his historic victory epitomized that.

One writer wrote: “The mood was warm even joyful, a sign perhaps of just how deep the yearning outside the US is to the end current era—and to have an American non-Americans can believe in again.”

Empires don’t fall overnight. There are always warning signs. Great leaders with great judgement see them and they’re able to mitigate or avoid the pitfalls. But the bad ones get drowned in it because they’re oft’ clueless. They create troubles and more often than not they invite troubles.

The Cold War started as a result of geopolitical and economic struggle between two world superpowers---the US and the USSR. It all began in 1947 two years after the Second World War. Did anybody see soviet falling? Yes, the signs were visible.

By December 26, 1991 the world saw the Soviet Union dissolved. But bad leaders and bad leadership cause them to disintegrate. Bad leaders have bad judgements.The paradox is that even when they see an approaching danger they tend to dare it. Be reminded a mirror reflects not what’s behind it, a mirror reflects the image it sees.

This is an advice. This is not to ridicule. This transcends mockery. I’m a messenger of peace but my message stings.