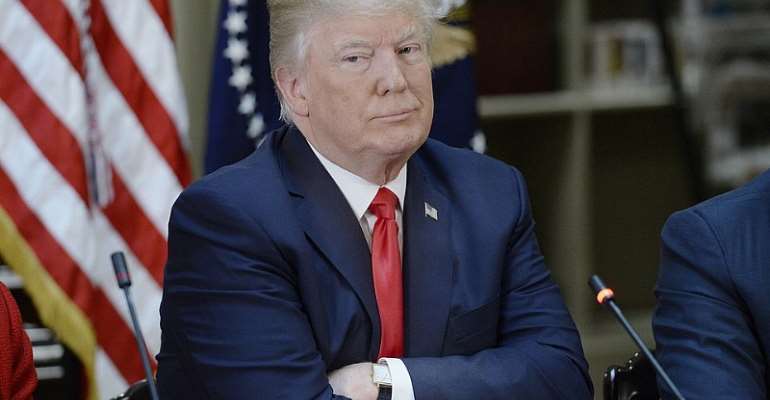 President Trump has blatantly lambasted Africans for being lazy people who loves sex instead of working, beggars, an unserious people over the past years and worse of all describing its continent and countries within it as a shithole. I think the media can’t blame him that much even though his comments are denigrating and offensive.

I blame African leaders for not playing their part in eradicating or reducing the influx of their citizens from their respective countries to the USA for greener pastures and livelihood. If there were lay down structures and procedures to ensure the African employee is treated and paid fairly regarding work done and hours worked, I don’t think a rational human being comfortable in his homeland will travel anywhere else for comfort. We live on a continent where Corruption has entangled African leaders and government institutions. When someone travels from Africa to the USA, he is noted to be rich in no time, what makes the USA comfortable than any country in Africa? Why can’t African leaders learn from the USA their policies and principles towards standard of living and work comfort. Personally, I feel our leaders are the reason for the suffering of the continent. The African leader will come to power with the notion of create, loot and share, steal from the nation and save such amount in banks outside his country, buy houses and facilities notably in Dubai etc. The selfishness of our leaders is the reason why Africa still suffers regardless of all its resources. The day all leaders in Africa decides to put resources and endowments to efficient use through efficient allocation, the world will respect us and accord Africa respect as given China, Malaysia etc.

What happened to the dream of a self-reliant Africa or it’s not achievable?. Do we lack technocrats to plan and engineer our success as a continent?

Are blacks cursed to poverty? From the bible passage after the flood, Noah and his family lived in peace, had additionally families as his sons Ham, Shem and Japheth married and gave birth.

After the flood, Noah began to farm the land by planting a vineyard. The result of his toil was the fruit of the vine, wine. While the first mention of wine is not without its negative connotations, we should not conclude that, due to its abuse here, the Bible consistently or without exception condemns its use (cf. Deuteronomy 14:24-26 ; I Timothy 5:23 )

It would seem that Ham and his two brothers were alerted to Noah’s condition so that all three of them were standing outside the tent: “And Ham, the father of Canaan, saw the nakedness of his father, and told his two brothers outside” ( Genesis 9:22 ).

While Shem and Japheth refused to go inside, Ham had no reservations about entering the tent. Whatever the failing of Noah, he was inside his own tent, in privacy (9:21). That is the way Shem and Japheth wanted it. Ham entered in, violating the principle of privacy, yet not to assist his father but to be amused at his expense.

As a result of Ham’s behavior, Canaan, the first child of Ham was cursed. Now many historians believe that, the descendants of Ham through Canaan, settled on a continent and that is Africa. It is then believed the curse of Canaan is what affects Africa’s progress. Africa with all its endowment and resources after colonial rule still beg for arms from its colonial masters. Why?