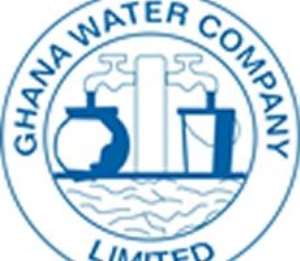 The Ghana Water Company Limited (GWCL) has shut down the Accra Desalination Plant which supplies water to residents within Teshie, Nungua and surrounding communities.

The shutdown which is to take effect on January 1, 2018, is to allow the water company to resolve pending challenges it has with the management of the Desalination plant.

In a statement signed by the head of Communications, Stanley Martey the Water Company says it has made alternative arrangements for water to be supplied to communities who may be affected by the shutdown.

“…From the 1st of January, 2018, Teshie, Nungua and surrounding communities served by the Desal Plant, will be served on Wednesdays and on weekends (Friday to Sundays) from alternative sources,” the statement said.

The company insists the private firm contracted to operate the plant is raking in more profit at a time the Water company itself is incurring losses.

The Public Utility Workers Union has called on the government to take a second look at the contract signed with Messrs Befessa to build and operate the desalination plant in Teshie.

Per the details of the contract put out by the Union, GWCL is required to pay the capacity charge of US$ 1.4 million per month to Messrs Befessa.

This charge is payable whether the plant is working or not.

Again, GWCL is obliged to pay the electricity bills of the desalination plant which stands at an average of GHC3 million per month (for 2017).

The Union insists these payments are having a toll on the Water Company and has called on the government to renegotiate the contract.

It is as a result of these challenges that the Water Company has shut down the plant.

“In recent times, the GWCL has encountered some challenges with the Management of the plant. As a result water flow to the service area has been erratic. Management is taking the right steps in resolving the issues and will request of customers and the general public to bear with the company in these times,” the statement said.