So, President Akufo-Addo Creates The “Filths” At The EC? 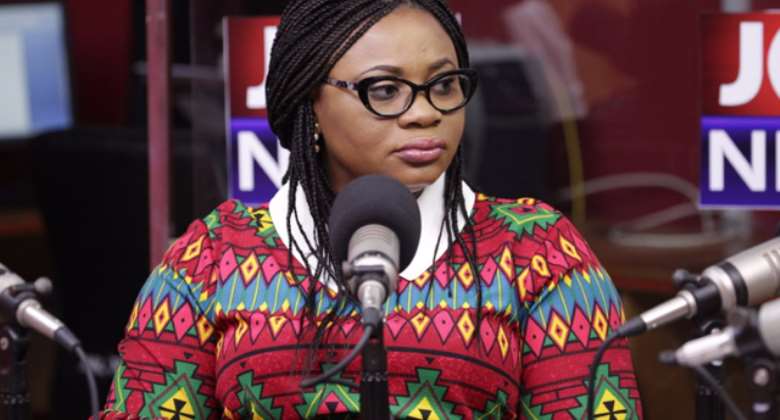 Ghana is one of the few countries on earth where people hardly get accident, die naturally or deceased via some serious underlying health conditions. In this day and age, almost all deaths or any fatal event in the country is either attributed to some spirits in the underworld or to a vindictive deity somewhere seeking payback for unfulfilled past promise. Indeed, everything that goes wrong or happens to someone, pretty much has spiritual implications in the contemporary Ghanaian society. This blame game phenomenon is typical Ghanaian cultural psyche which has been prevailing over the generations.

Even a public official’s corrupt schemes in office are remotely blamed on “bayie” or witchcraft that doesn’t want decent/successful morally-grounded outcomes but ill-luck for a particular person. Hence, it’s not surprising but sickening, nonetheless, that a group of Ghanaians is trying to tie the blame of the financial stench engulfing the Electoral Commissioner(s) on Nana Akufo-Addo or the NPP.

According to the cynics who are defending Ms. Charlotte Osei, the president and his NPP-led government have been scheming from day-zero to off-load the current head of the EC from her post. To that extent, the EC ‘s supporters are peddling falsehoods that Nana Akufo-Addo—through the urgings of the NPP inner circles—has orchestrated or is behind the serious charges and countercharges of financial irregularities, including the deep chasm that has opened between the Electoral Commissioner and her deputies.

It is puzzling, especially, watching and listening to the leaders of the main opposition party of the NDC screaming their doomsayers’ lungs out in the desperate effort to defend the filths created at the EC under Charlotte Osei’s watch. Seriously…so, does any smart-thinking Ghanaian harbor the view that the “dog mess” currently at the EC office is planted over there by the NPP/detractors of Madam Charlotte Osei?

Based on all the incriminating accusations/information each of the Commissioners is throwing against one another, it’s mind-boggling to hear some folks who proudly claim to have law degrees (from where?) or have extensive political backgrounds yet argue so shallowly and incoherently in the face of constitutional reality. Ghana ascribes strictly to the rule of law as opposed to the rule of a particular person.

Under vigorous multiparty democracy, it is well settled fact that no one is above the law, not even the executive president/prime minister let alone the head of a government bureaucracy such as the Electoral Commission. It is also significant to remind ourselves that even in the more advanced democratic societies where due process of the law is vibrant, strong circumstantial evidence is admissible in the court of law with regard to many, many cases.

By now every fair-minded Ghanaian anywhere should have known the much-talked-about EC legal petition sent to the president originated from the Commission’s enclave itself; it was not from the current occupant of the Jubilee/Flagstaff House. Here, Ghana’s Constitution is transparently clear regarding the course of constitutional action that must be taken in the event of a credible petition submitted to the incumbent president. We can all have varied interpretations of the credibility or the legitimacy of a given petition, but it doesn’t necessarily fall on the president to establish the legality/credibility of that petition. The constitution reserves that responsibility for the Chief Justice.

Which means at this point, the Constitution mandates the president of the republic, upon receiving a petition, to forward it to the Chief Justice; and, that is exactly what Nana Akufo-Addo has done in this EC saga. This brings us to the question: What exactly is it about this Electoral Commissioner that her naïve backers make her appears as if she is untouchable, larger than Ghana or more important than the country’s laws?

In conformity with the average Ghanaian mental psychology, many of the NDC leaders are busy finding scapegoats for Ms. Osei’s alleged mismanagement of state resources. In the process, they’re floating countless flawed theories, while throwing all kinds of kitchen sinks to test which one will stick on President Addo-led administration and his party just to score cheap political points.

It goes beyond the cure of my comprehension regarding the stubborn defense put up for Ms. Charlotte Osei, but the same vehemence in terms of support is not extended to the other two EC deputies. Perhaps the two deputies’ responsibilities are not relevant to Ghana’s electoral system except the clueless Electoral Commissioner’s. In line with their avowed methods of operation, the NDC leaders even blame Nana Akufo-Addo for the EC’s thought process, including if she has put on a wrong make-up on her face for the day. This below-the-belt approach would not win them some extra votes in the 2020 general elections, if that is the calculation.

Again, what makes Madam Charlotte Osei the darling girl of the country’s largest opposition party NDC? Could it be that there is an “unfinished business” elsewhere that is promised to be finished in 2020 at all cost by Ms. Osei? In case the EC were to be impeached or removed from her job on the basis of indisputable findings, the blame lays squarely on her doorsteps. More so, the then Mahama government cannot escape the bulk of the blame for seemingly looking the other way while the “filths” piled up at the EC’s office. The proverbial chicken is coming back to roost!

Granted that some members of the ruling government (NPP) had wanted to get rid of Madam Charlotte Osei from her position, now they don’t have to do anything in that the Electoral Commissioners have already handed their so-called detractors what they have been asking for on a silver platter. The ECs have clearly entangled themselves with their own tight ropes. It is a matter of time. Is that the reason behind the NDC’s desperation in engaging in buck-passing? Too bad that majority of Ghanaians blame their mistake/irresponsibility on everyone or everything else except themselves.