Trump’s Jerusalem Decision -Is It A Prophetic Enhancement Or Delay? 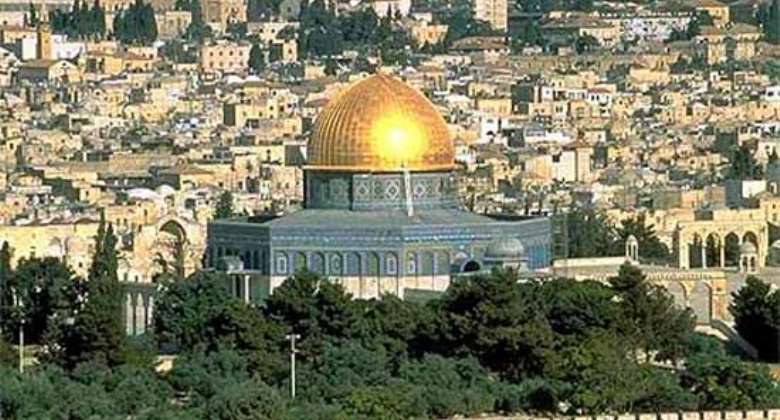 On Wednesday, December 6, 2017, Donald Trump became the first President of United States of America to recognize and declare Jerusalem as the administrative and commercial capital of Israel, and announced the move of the US Embassy from Tel Aviv to Jerusalem.

Many students of prophecy see this move by the US President as fulfillment of prophecy. They proceeded to warn Christians that the end of time was now with us.

One of them wrote, “We are in a time when we need to pay more attention to Current news : Trump approved Jerusalem as the capital of Israel today, December 6, 2017.

“Note: Both Israel and Palestine claim Jerusalem to be their Capital.

“Truth: Jerusalem has been the Capital of the Jews from the time of King David in the Bible, until around Ad 35 to 70, when all Jews were forced to flee from Jerusalem to other countries.

“What to Look out for in this Period:
“There is going to be more increase of intifada, war of Muslim countries against the Jews and against America.

“The Jews need to build the Last Temple Prophesied in the Bible...

“The Temple whose building material has already been prepared could only be built in Jerusalem, the exact place of the Dome of the Rock, which the Muslims see as the only SURVIVING Share (shrine) of the Muslims in the Middle East.

“Anything could happen between now and the end of Trump's Presidency.

“12 Major Events to Watch out For After This Meeting:

1. Moving Israel's Capital To Jerusalem.
2. Building of the Last Temple in Jerusalem.
3. Rapture of the Church
4. The Great Tribulation
5. The Physical Manifestation of the
AntiChrist
6. The 2 Prophets and Their Ministry.
7. The War of Armageddon.
8. The 1000 years millennial reign of Christ with the saints

9. Final Judgement of the dead and the living... total destruction of this sinful world and Satan & his kingdom

10. Emergence of the new heaven and the new earth
11. Believers being with God forever enjoying the presence and the glory of God forever

12. Believers Walking the streets of Gold... eat the fruit of the tree of life... while sinners (unsaved) spend eternity in hell fire with knashing of teeth forever and ever....

“There is no time to waste so Let me start with you....

“Beloved, you have heard it all. Win souls and turn them from destruction. Search yourself, examine your life and walk in line with the scriptures. See if there are areas in your life where you have gone astray,, make amends and follow the word.

“The end is at the door. God bless you!” The prophecy student declared.

THE TRUE NATURE OF AFFAIRS
Actually, Jerusalem has not only been the religious and ceremonial capital of Israel, it is also the administrative capital of Israel since the Nation of Israel was formed in 1949. Tel Aviv is only a commercial capital. So Donald Trump moving US Embassy to Jerusalem is a historic, but not a surprised event to Israel. To Israel, the decision makes a little difference to their national plan or biblical agenda.

Donald Trump himself recognized in his speech that Jerusalem was the government seat of Israel since the establishment of Israel in 1949. He said,

“It was 70 years ago that the United States, under President Truman, recognised the State of Israel. Ever since then, Israel has made its capital in the city of Jerusalem - the capital the Jewish people established in ancient times. Today, Jerusalem is the seat of the modern Israeli government. It is the home of the Israeli parliament, the Knesset, as well as the Israeli Supreme Court. It is the location of the official residence of the prime minister and the president. It is the headquarters of many government ministries.

“For decades, visiting American presidents, secretaries of state, and military leaders have met their Israeli counterparts in Jerusalem, as I did on my trip to Israel earlier this year.

“Jerusalem is today, and must remain, a place where Jews pray at the Western Wall, where Christians walk the Stations of the Cross, and where Muslims worship at al-Aqsa Mosque.

“However, through all of these years, presidents representing the United States have declined to officially recognise Jerusalem as Israel's capital. In fact, we have declined to acknowledge any Israeli capital at all.

“But today, we finally acknowledge the obvious: that Jerusalem is Israel's capital. This is nothing more, or less, than a recognition of reality. It is also the right thing to do. It's something that has to be done.

“That is why, consistent with the Jerusalem Embassy Act, I am also directing the State Department to begin preparation to move the American embassy from Tel Aviv to Jerusalem. This will immediately begin the process of hiring architects, engineers, and planners, so that a new embassy, when completed, will be a magnificent tribute to peace.

“In making these announcements, I also want to make one point very clear: This decision is not intended, in any way, to reflect a departure from our strong commitment to facilitate a lasting peace agreement. We want an agreement that is a great deal for the Israelis and a great deal for the Palestinians. We are not taking a position on any final status issues, including the specific boundaries of the Israeli sovereignty in Jerusalem, or the resolution of contested borders. Those questions are up to the parties involved.

“The United States remains deeply committed to helping facilitate a peace agreement that is acceptable to both sides. I intend to do everything in my power to help forge such an agreement. Without question, Jerusalem is one of the most sensitive issues in those talks. The United States would support a two-state solution if agreed to by both sides.

“In the meantime, I call on all parties to maintain the status quo at Jerusalem's holy sites, including the Temple Mount, also known as Haram al-Sharif.

“Above all, our greatest hope is for peace, the universal yearning in every human soul. With today's action, I reaffirm my administration's long-standing commitment to a future of peace and security for the region.

There will, of course, be disagreement and dissent regarding this announcement. But we are confident that ultimately, as we work through these disagreements, we will arrive at a peace and a place far greater in understanding and cooperation.

“This sacred city should call forth the best in humanity, lifting our sights to what it is possible; not pulling us back and down to the old fights that have become so totally predictable. Peace is never beyond the grasp of those willing to reach.

“So today, we call for calm, for moderation, and for the voices of tolerance to prevail over the purveyors of hate. Our children should inherit our love, not our conflicts.

“I repeat the message I delivered at the historic and extraordinary summit in Saudi Arabia earlier this year: The Middle East is a region rich with culture, spirit, and history. Its people are brilliant, proud, and diverse, vibrant and strong. But the incredible future awaiting this region is held at bay by bloodshed, ignorance, and terror.

“Vice President Pence will travel to the region in the coming days to reaffirm our commitment to work with partners throughout the Middle East to defeat radicalism that threatens the hopes and dreams of future generations.

“It is time for the many who desire peace to expel the extremists from their midst. It is time for all civilized nations, and people, to respond to disagreement with reasoned debate - not violence. And it is time for young and moderate voices all across the Middle East to claim for themselves a bright and beautiful future.

“So today, let us rededicate ourselves to a path of mutual understanding and respect. Let us rethink old assumptions and open our hearts and minds to possible and possibilities. And finally, I ask the leaders of the region - political and religious; Israeli and Palestinian; Jewish and Christian and Muslim - to join us in the noble quest for lasting peace.

What Benjamin Netanyahu, the Prime Minister of Israel, said, immediately after Trump’s announcement, was that he hoped more countries would follow US to move their embassies to Jerusalem.

Prime Minister Benjamin Netanyahu said Wednesday that Israel's "historical and national identity is receiving important expressions every day, but especially today." Netanyahu avoided any mention of the decision. Instead, the prime minister focused his remarks on the Iranian threat to the region on Wednesday.

The Israeli Prime Minister Benjamin Netanyahu was not so enthusiastic about Donald Trump’s announcement. He did not celebrate or react to it as something new. Which means, to Israel, Jerusalem was already their capital. It was United States and allies and the rest of the countries which had refused to move their embassies to Jerusalem or accept to do business in Jerusalem.

Israel was moving their agenda in Jerusalem in spite of international disapproval. They seemed to know that no man could stop the prophecies of God, they could rather enhance or delay them.

Now it appears rather that it’s going to make things difficult for Israel to do what they have planned to do in Jerusalem, such as the building of the Temple. They have already acquired all the materials, and had seized control of the Temple Mount.

The ensuing political riots and protests from both Islamic and European countries will hinder or delay Israel’s plan, though they cannot stop it.

Therefore, it seems Donald Trump’s decision is more of a prophetic delay than a prophetic enhancement or blessing.