In This New Era Of Change Are Chatterboxes 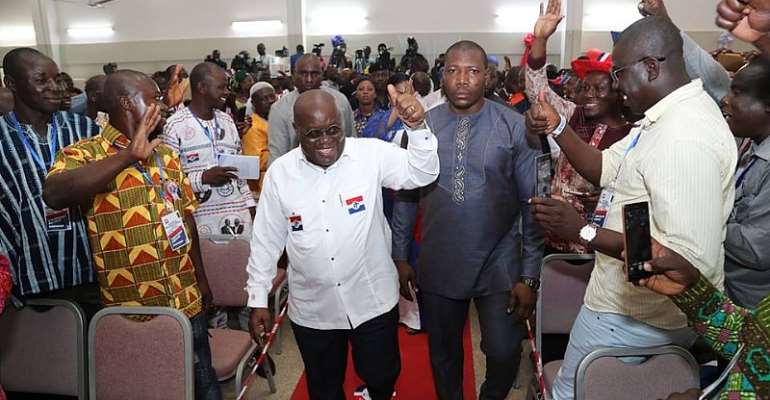 In the round up to the 2016 elections, there was an opposition-sponsored campaign intelligently targeted at labelling John Mahama as corrupt. Ghana was adept at occupying the top slot of the anticorruption index, at least, that was the impression created by the opposition, particularly the NPP. John Mahama was seen as someone smelling with corruption and monopoly of incompetence on planet earth. He was accused of increasing the fortunes of his brother through illegal and dishonest means.

I wish to go on record that corruption in whatsoever form must not be countenanced as it deprives the village folk of things that make life both lively and enjoyable. That said, one would have expected pragmatic steps in dealing with this monster from this administration and not utterances and actions that are lily-livered.

Prior to the passage of the office of the special prosecutor bill, the deputy attorney general, Joseph Kpemkah, was on record to have said with candor that progress has been made in the preparations of dockets for “nation wreckers” who were going to be arraigned before a court of competent jurisdiction for their respective involvements in ripping off the country millions of Cedis through various corrupt enterprises. He added in October that, when government start prosecuting corrupt officials of the past administration, there that the Ghanaian public will know that government is serious about fighting the menace and uprooting it once and for all.

I gave him the benefit of the doubt only to be disappointed bigtime at the end of October as there was no show. It turned out to be a political chicanery. Can you imagine he just blew hot air? Well, it goes a long way to cement the long held view that politicians are ingenious in engineering false promises into the public domain. Except the BOST of-spec product corruption saga that rocked us as a nation, no living soul was sent to court and charged with corruption.

One would have expect of them to quit speaking big grammar that is yet to receive the blessing of Queen Elizabeth in the media and live up to expectation, unfortunately, the fruitless public pronouncements is still on a spree. The said prosecution of the corrupt officials was postponed to November. Once again, it will shock you to know that the same outcome was produced. No one- this bears repeating, No one was prosecuted, not even those who diverted premix fuel that was meant for the fisher folk.

How possible can it be to divert subsidized fuel meant for outboard motors by unscrupulous people into the mainstream market? A government which sought to prosecute corrupt officials of the erstwhile administration is neck-deep in cornucopia of corrupt practices and allegations of corruption. It suffices to say that they campaigned with poetry and now governing in prose. In like manner, it stands to reason that the politician is professionally dishonest and a professional teller of white lies aimed at concealing unvarnished truths from citizens.

This administration is gradually becoming a worthless one. They are only specialists in convicting and sentencing people on both the traditional media and social media. What they can do best is the granting of interviews that can cause citizens to express righteous indignations at what they spit afterwards. Change is here, I hope you are feeling it?

Let it be known to NPP that implementing a fractured SHS policy and establishing a legally challengeable OSP cannot in anyway guarantee an automatic comfortable lead in election 2020. Establishing the office is a giant step towards the fight of corruption and you deserve plaudits for such a milestone, however, it is not a magic wand. A recent report by CDD revealed a stark reality that, about 64% of Ghanaians are still of the perception that Akufo-Addo's Ghana is still corrupt, with most of the respondents pointing at the executive, legislature and judiciary as the most corrupt institutions.

Your Excellency, you have got too much on your table in contrast to providing unnecessary answers to needless interview questions from a controversial interviewer. My heart bleeds to see your administration pays lip service to the prosecution of alleged corrupt officials or those corruption stories were strategically cooked to make John Mahama appear as a cacodemon in the eyes of the guileless Ghanaian voter?

The of-repeated empty threats within the media circles is gradually becoming a nuisance, making you an element of distrust in the public eye. Too much talking backed by less action has proven to be the Achilles’ heel of this administration’s fight against graft.