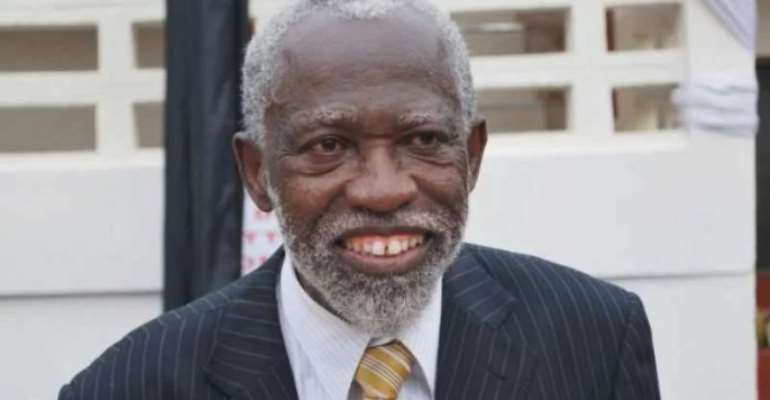 The essence of democracy has brought about the freedom of expression, thus, creating room for all manner of opinions from all quarters including those from dissidents and conformists. Don’t you love democracy? A form of government that can armed a party activist to hang over the neck of a sitting president the tag of wee smoking. I have followed the news this week – from the tragedy that presented the opportunity to the politician to exhibit his grammar grandiloquence after he had sashayed and waved at cameras at atomic junction to the Cocoa pricing mechanism. I had resolved to express an opinion on the aforementioned news items, but this plan has been kept in the backburner. Just because the mannerisms of one mugwump has sickened my belly and the only medication for this sickened belly is a reply.

We all agree that the politician must not be given the free will to operate, especially in this polity. It behooves on all everybody to constructively criticized the government at any point in time, whether you are a commoner or you belong to nobility. This signify the more reason why civil society groups, policy think tanks and mugwumps exist in every democratic dispensation regardless of the fact that man is a political animal. The clergy speaks. The learned articulate their intellectual viewpoints and the unlearned reprehend the government with all the mumbo jumbo. In all, one would be celebrated as a citizen vigilante but to even be celebrated is to be a citizen vigilante who always criticize out of a principle and above all, with utmost objectivity.

Professor Addae had a salient point for questioning the economic rationale behind the travelling with a convoy of sixteen vessel 8 vehicles by the vice president but it was pointless for him to start tackling the vice president sidestepping those number of vehicles our president usually crisscrosses the length and breadth of this country with. His comments on Bawumia’s convoy was a stellar example of a good call on a bad faith. He who seeks equity must come with clean hands. I strongly side with the professor that the we should at all times behave as a country whose economy is piggybacking on donor support. I don’t own a motorbike but it is a trite knowledge that meeting the expenses of a motorbike is not a child’s play. How much more those four-legged machines at the flag staff house? The cost of maintaining a one V8 car can build a factory at Kyebi. I know you will grimace in disapproval but there is a saying in my language that “the fingernail is also part of a fight apart from the fisticuff”.

The former Rector failed to realize that, it is a long held believe among some citizens that, he detests people of northern extraction, especially those at the helm of affairs. You may recall his nepotism and ethnocentric comments against the leader of the erstwhile administration, H.E John Dramani Mahama regarding the composition of his appointees despite the fact that it wasn’t incongruous with the constitution. I think the reason for this critique wasn’t germane in like manner as this convoy brouhaha. It is high time the good old professor underwent introspection relative to how he rants comments that are targeted at cutting down expenditure among politicians particularly when the actor of this wastage of resources or the target is a northerner, alas, he risks sullying his hard won reputation.

The cause of this age old practice is as a result of the interplay of several courses – number of excess presidential staffers with no clearly defined job description, excess number of aids coupled with other meaningless created portfolios at the seat of government, among others. The overriding cause is the attempt by the African politician to always appear bossy even when is unable to fix the bridge Aunty Amina always crosses to pay Indirect tax in the next community through buying and selling. The politician who never held two phones will start to walk with five mobile phones. He must appear to be the boss otherwise what would have prevented an MP from walking to parliament for work because of fuel shortage? We must all embrace the fact that we are a country of much wants with scarce resources. We must put to stop practices that will make our national kitty prone to competition from important projects with far reaching benefits.

I share in the belief that allowing the politician to do things his own way with your resources is tantamount to giving your car keys with a bottle of whiskey to teenagers. They would either send it to the police station or Suame Magazine. Opinionated Uncle Addae deserve praises for challenging the status quo. Congratulations are in order! May God blessed him in leaps and bounds. Once again may He protect him from the enemies challenging his academic credentials. However, may God also help him to understand that rooting out this convoy menace deserves a top-bottom down approach. We must start from the presidency regardless of whose ox is gored.

Be factual in your dealings — NPP Germany warns Blakk Rasta ...
38 minutes ago