Can The Break Up Of Nigeria Be Peaceful? 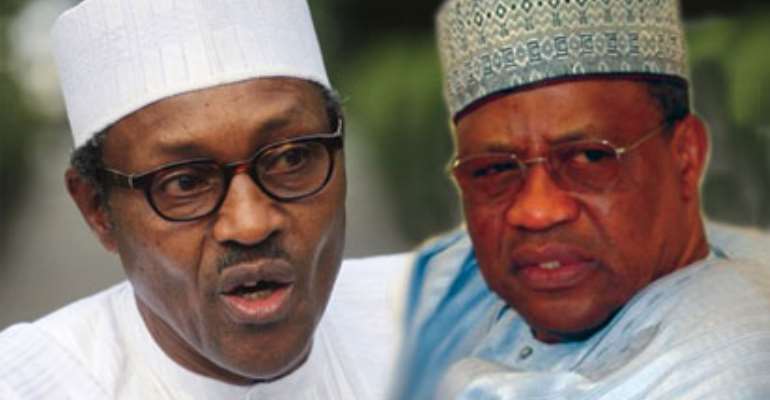 The above question is necessary to wake us up on and to the realities confronting us. The need to provide answers to it is very pertinent.

In my view, what is needed to save Nigeria is intractably antagonistic to Nigeria's NATURE and CHARACTER as a STATE.

What are needed to save Nigeria are basic and simple but yet humongously overwhelming for and to our WILL, if we have it at all. I have suggested and still suggest that it is important that we allow individual ethnic nationalities to have greater controls on their economic, social and political issues. A replication of the EUROPEAN UNION model could work to save Nigeria. But such a beautiful idea would not be allowed by those who want to dominate, enslave and exploit others.

While we are still wandering and sauntering on this trajectory, the fight for moral sanitation of the polity must exude some basic variables. All thieves" must be treated the same way. There should be no preferred "thieves." No HYPOCRISY. Apply the same rules to all without favour. Political party affiliation should not determine who is probed or not or someone's presumed Innocence.

It is either we forgive every thief since 1960 and move on on a new platter. Or we hold everyone accountable without let or hindrance and without favour, nepotism and partiality. There is great need for fairness, justice, equality and balance. No sacred cows and essentially, HE WHO MUST COME TO EQUITY MUST DO SO WITH CLEAN HANDS.

Unfortunately, those who have been in charge of the country most of the times have dirty hands. They are encumbered in the pursuit of justice and supremacy of the law and are not interested in equality of all before the law.

Currently, for example, Alhaji Mohammadu Buhari, the so called "Mr Integrity" is reeking with dirt and frauds, surrounded by frauds, revel in it and even publicly defend frauds. There are more than enough evidences in the public space to sustain this perspective. Yet, we still find people who are supposed to be respectable, good examples in the society, confused about their own moral definitions. They defend obvious lies and acts that are condemnable, leaving our youth in perplexity as to what is desirable for the polity.

Unless we want to deceive ourselves, the reasons for such behaviours are self evident. No one believes in Nigeria. Nigeria is seen as belonging to no one and everyone is scrambling to fleece it. It is looting galore before the wobbly edifice collapses and everyone returns to his or her tents, an inevitability that is inevitable.

I don't want this to be about Buhari, a personality that has never disappointed me. Only a palpable idiot would expect a leopard to change its spots. But if you could imagine the President or Head of State of a country campaigning against the appointment of his own citizen in the comity of Nations, or of a president instructing an international help body to neglect some part of the country he presides upon, or his days under Sanni Abacha as the Chairman of Petroleum Trust Fund when he spent 54% of all the funds on three states comprising where he originated out 36 states, you would understand what I mean about no one believing in Nigeria.

More so, a master - servant relationship could never sustain a NATION, much less a COUNTRY that Nigeria is. History teaches us that this is the main reason Empires have fallen and many kingdoms have kissed the dust. The spirit of man abhors bondage of any kind. It would fight until it is free. The spirit of man abhors injustice and it would resist it at all costs and at all times. Repression would fuel it, oppression would water it, aggression would fertilize it, injustice would ferment it and inequality would synthesize it. Please, read your History very well, you would be able to get or understand my message about Nigeria. You can't deny others the freedom you want for yourself.

This is why I have come to the conclusion after serious study and research that NIGERIA WILL NOT MAKE IT. We can lie to ourselves. We can paper over the real issues. We can even seek to benefit from the obvious tragedies of the Nigerian State, it would not impede its geometrical slide into decadence that would cause its implosion and its destined disintegration. The NATURE and CHARACTER of the Nigeran State, which I have explained in several writings, have created the conditions for its eventual demise which is inevitable.

But my concern is why can't we all be honest with each other, sit around the table and seek peaceful break up of this miasma? Why are we deceiving ourselves? Why are we pretending that this would work when it has never worked and would never work? Can't we all see that we don't want Nigeria by our actions and not what we say?

Why are we playing with blood of the innocent? Don't we love our women, children and have a heart for the weak among us? Why must this lead to preventable war or wars? Why are we afraid to do what makes sense and break up this country? Why do we carouse in the comfort of inaction; constellate in the cocoon of lies; doze in draped deceit and drool in drooped duplicity​ as the fire turns into dangerous conflagration, pretending we have a country when we honestly know that we don't? Why? Why?

The answer, it seems, could be found in the very attitude of embracing deceit, lies, dishonesty, duplicity, insincerity, injustice, hypocrisy, inequality, inequity and iniquity among others. And if we remain recalcitrant and continue on this path, whether we like it or not, there would be hell to pay.

The fight for liberty never ends and its field never quiet. This is why scaring those determined to be free with the ugliness of war would never be successful. And funnily, you don't need any consensus for war to be ignited. And when war is forced to come it would lay bare all the falsities. The only antidote for prevention of war is to "let my people go." Allow them to self determine their own destiny. Give them their freedom.

It is time to do what is reasonable, sit around the table and break up Nigeria. I know this advice would invite the contempt of some, but it is not impossible, because if we fight a war, we might still come back to that table to sort things out. So, why not do it now and prevent unnecessary bloodshed?

Time is running out. We all must realise that our patience levels are intra - generationally and inter - generationally different. The dynamics of this difference would be the catalyst of what happens.

"In the long history of the world, only a few generations have been granted the role of defending freedom in its hour of maximum danger. I do not shrink from this responsibility – I welcome it.”