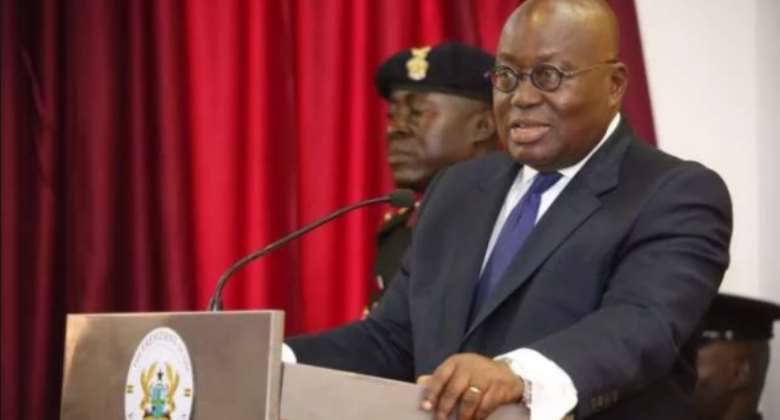 The Ghanaian voter is the eternal optimist. Ghanaians believed the ridiculous promises made to them by the Npp and were hopeful that they will improve their lives if they gave them the mandate to rule. But hit by post- election reality, have forgotten how unrealistic we were in believing that somehow this time, the outcome would be different. Many alike got caught up in this mass delusion of inflated expectations. Supporters and sympathizers of the Npp sought miraculous results from President Akufo-Addo and his Npp who they voted into office and seeing failure confronting the system, they have started reacting with outrage and contempt.

Much of what went on in this country between 2009 and 2016 was not opposition to the Mills/Mahama governments and the NDC but opposition to the nation. The President and his party have broken many of their promises. They are increasing electricity tariffs without adding to the megawatts they inherited from the previous administration, unemployment is on the increase, promised to obey the rule of law as democrats but choosing the laws to obey the ones not to obey.

The Akufo-Addo government has done enough somersault on national issues without apologising, but rather giving excuses and announcing more outrageous promises. The negative climate in politics has gotten worse under Nana Akufo-Addo. Ghanaians including ardent supporters of the ruling party are still battling with the effect of negative expectation disconfirmation released on them by the administration.

Nkrumah had to train indigenous civil servants to replace the colonial officers who left after independence, he inherited a country with huge infrastructure deficit. He built new schools across the country and had to introduce free education and the allowance scheme for trainee teacher's allowance to attract more people into our colleges. He constructed new offices for our state agencies including the ministries, built the harbours and factories to employ new graduates, introduced the mortgage system to enable Ghanaians acquire their own houses, constructed roads. All these initiatives added pressure to the economy but the great leader instituted measures to sustain the system.

Busia inherited an economy brought on its knees by the Afrifa government so had to quickly adopt his neo liberal system, devalued the currency and introduced other austerity measures. He had to resort to massive external borrowing which crippled the economy. Acheampong inherited a collapsed economy. He introduced his Operation Feed Yourself and other prudent measures to cure the economic ailment he inherited.

Limann was another unlucky President and his situation worsened as a result of serious internal crisis in his administration. Rawlings took over a collapsed economy. Inflation was over hundred percent. He had to shift from his pro- east political position to the west to get the needed support for his economic reconstruction agenda. He went for an IMF programme and introduced the structural adjustment programme.

He successfully moved Ghana's economy from its crippling state to a vibrant position. He settled chunk of the external debt he inherited and made Ghana the safest arena in the subregion for investors. He cleared substantial amount of infrastructure deficit he inherited, introduced the SHS programme, furnished our schools with first modern learning equipments, liberalised the airwave etc. President Kufour inherited an improved economy but still met few challenges. The global economic recession at the time affected our local economy, inflation had gone up etc. He went for the HIPIC initiative to revamp the economy.

Prof Mills inherited an economy that could not pay salaries of workers, GCB was placed on divestiture, ToR was virtually off, the previous administration had to sell Ghana Telecom to pay salary of workers, all major projects started by his predecessor were suspended due to lack of funds(ing), Ghana's revenue collection system had collapsed and the exiting government had proposed introduction of the single spine salary scheme. He quickly introduced certain prudent measures to reshape the economy and settled debts he inherited.

He added over 80 new secondary schools, built more Junior secondary schools, cleared over thousand schools under trees, built new hospitals including an ultramodern teaching hospital, a military hospital, chip compounds, expanded our airports and furnished them with modern facilities, placed Ghana second to south Africa in terms of electricity provision, provided water to deprived areas including the one recently commissioned by Nana Akufo-Addo (Wa), added thousands of megawatts of power to what he inherited, the Atuabo gas, the YES programme to support young entrepreneurs, expanded the Health Insurance Scheme, improved sports facilities across the country etc.

His decision to go for the IMF facility helped revamp the economy and instilled discipline and the Senior Minister Mr Osafo Marfo, attested to it when he openly described the economy they inherited as fundamentally strong.

All governments inherit debt and it is common phenomenon across the world. Moneys borrowed by the Mahama administration were channeled into infrastructure development across the country. The Akufo-Addo government was able to settle a $13million arrears at the ecowas peacekeeping Secretariat because of the solid economy it inherited, the new administration organised the most expensive inauguration in the Ghana's history on the 7th of January 2017, spent billions of cedis on Ghana @60, introduced its free SHS policy etc all because of the solid economy it inherited.

The President inherited many uncommissioned projects to commission including the Wa project which was recently commissioned. In spite of all the assets the previous administration bequeathed to the Akufo Addo-led administration, it is punishing Ghanaians including their ardent supporters and their penchant for promise breaking is puzzling. Apart from its economic failure, the administration has involved itself in many financial abuses which have provoked hysterical outcry.

The administration through its hawks has successfully worked on the subconscious instincts of critics and journalists in the country. The administration has began using intimidation and obnoxious policies to silence the media and its critics giving its operatives unlimited space to operate.