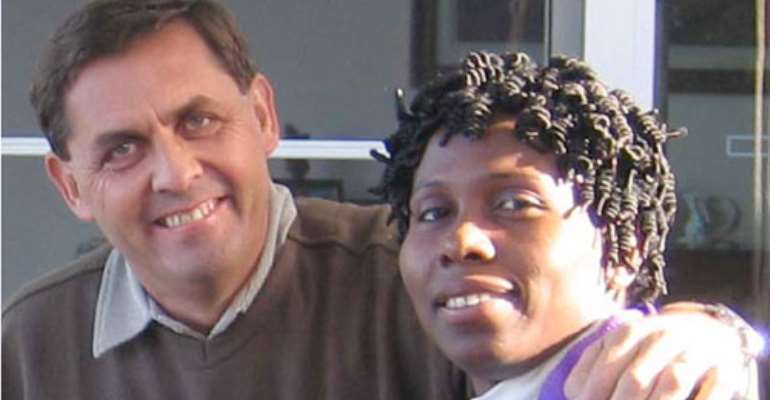 THE WIDELY-publicized plight of the Australian investor married to a Ghanaian who had his licence revoked and work permit threatened, ended in an Accra Commercial Court yesterday with the Attorney-General, demanding a 30-day notice, essentially a technical argument under section 10(1),1998 Act 555. Lawyers for Messrs Afra Airlines, Messrs Tony Lithurs, countered this by saying that the Civil Aviation Authority and the Ghana Immigration Service at least were created by statute and as statutory bodies, and could sue and be sued in their own right and be responsible for their own omissions and actions. He added that the 30 days argument did not apply to them and really, the main parties being targeted by the action were Immigration and Civil Aviation.

The point, Lithur stressed, was that even if the judge were minded to grant the Attorney General's application of a stay for them to be given the proper notice, the action could still proceed against Immigration and Civil Aviation with the consideration of the interlocutory injunction sought by the claimant.

Besides, counsel maintained, it would be ludicrous, in the matter of such urgency, to expect us to wait 30 days before commencing the suit and that there was persuasive ( although not binding ) legal authority to suggest that there was no need to give the state preferential treatment ( supported by the constitution) where individuals had the right to none. The AG's office represented by chief state attorney Kathleen Quartey Ayensu argued that plaintiff's action is prematureand insisted that an injunction cannot be issued on any of the defendants.

The court, presided over by Mr. Justice Henry Cofie, announced that he would reserve his ruling on the preliminary matter to tomorrow morning.

AFRA Airlines, together with its directors, Luke Butler, chief executive officer and Andrew Lachajcezak, I.T manager, on June 9, 2005, issued a writ of summons against the Ghana Civil Aviation Authority (GCAA), with the Ghana Immigration Services (GIS) and the Attorney General (AG) as co-defendants.

The plaintiffs are seeking the order of the court to restrain the defendants and their agents from carrying out or taking any further steps on the notice contained in a letter dated June 2, 2005, revoking their residential and work permits by the GIS and the AG.

They are further seeking in addition to cost and other reliefs, an order that defendants, by their action, are unfair and unreasonable, which constitute a breach of Act 678, L.I. 1075, Articles 23 and 296 of the 1992 constitution and should therefore rescind their decision and reinstate their residential and work permits.

Arguing further, the state attorney noted that the GCAA and the GIS were conduits for government plans and that the state was the real interested party among the defendants.

Counsel for the plaintiffs, Mr. Tony Lithur had argued against the request of the state attorney that the stay sought by the AG could not affect the GCAA and the GIS as they were different entities altogether and for that matter, could sue and be sued.

In an affidavit in support of their motion, plaintiffs noted that since the incorporation of AFRA Airlines under the laws of the country, it had concretized its objectives with an amount of US$8.5million investment and employed 40 people; however, half of the people were laid off as a result of defendants' action despite frantic efforts at widening its operations.

Following the investment made, plaintiffs held that the two co-defendants were issued with a year's residential and work permit under section 13 (1) of the immigration Act, 2000 (Act 573) with effect from November 24, 2004 to reside in the country.

Continuing, plaintiffs said plaintiff's company applied for an Air Carrier License (ACL) meant to carry cargo and passengers worldwide and was given the license and a review was followed up in January 12, 2005 by the Acting Director-General of GCAA, adding that the airline was further issued with an air Travel Organisers' License by the Ghana Tourist Board when an application was made on January 13, 2005.

According to the plaintiffs, while waiting for the review of the ACL, CTK CityLink Airline publicly announced on February 3, 2005 that it would co-operate with the Plaintiffs' company to assist in offering domestic services in West Africa.

Coincidentally, plaintiffs noted that the GCAA, by a letter dated February 4, 2005, informed the Plaintiff Company that it had been directed by the Minister for Roads and Transport, Dr. Richard Anane to suspend with any reasons, the ACL issued to AFRA Airlines.

Additionally, plaintiffs pointed out that another letter dated May 5, 2005 was received from the GCAA being ordered by the Chief of Staff and Minister for Presidential Affairs, Mr. Kojo Mpianim, to revoke plaintiffs' license as soon as possible.

Plaintiffs intimated that the suspension and subsequent revocation of its license was improper and that the GCAA and the AG's conduct was meant to undermine the business and investment as the actions of the two government officials were wrong and constituted a breach of Act 678 and L.I. 1075.

Subsequently, the plaintiffs noted that a letter from the Director of GIS notified that, their work and residence permits had been annulled with effect from June 2, 2005 and the airline's ACL had been revoked and therefore had no authority to operate in the country.