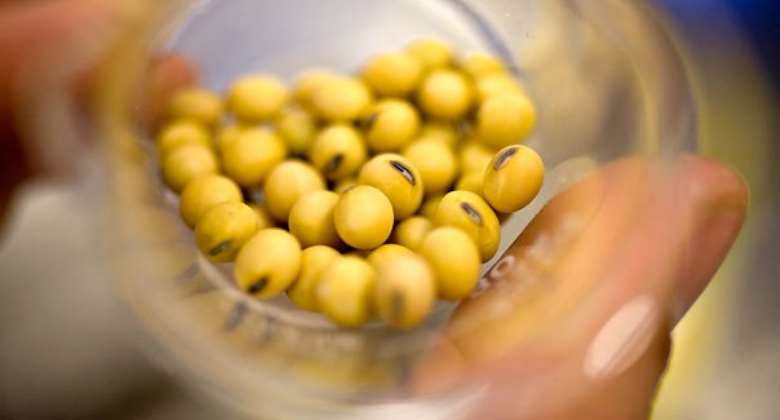 The National Seed Trade Association of Ghana (NASTAG) has thrown its weight behind ongoing plans by the government to commercialise Genetically Modified Foods in the country.

They say the technology is crucial to help farmers deal effectively with pest attacks and the impact of climate change which will help accelerate the development of the agricultural sector.

“The GMOs have come to stay. With cowpea, farmers spray five times before harvest. With the Maruca resistant GMO Cowpea, you only spray twice. And the production of cowpea is higher because the GMO has brought down the destruction of cowpea pods,” President of the Seed Producers Association of Ghana Patrick Osofo Apullah told Joy News in an interview. “It has reduced the hazardous way farmers work. The GMOs reduce the burden of farmers. They are no longer going to spend so much on chemicals,” he explained.

GMOs are crops produced from seeds which have been altered genetically to introduce desired traits like pest resistance and drought tolerance from other living organisms.

Following the passage of the Biosafety Act 2011 by Parliament, the Council for Scientific and Industrial Research (CSIR) has been undertaking field trials for GM cotton, cowpea and rice as part of regulatory procedures before they are introduced onto the market. The researchers have announced the GMO cowpea will be ready for release onto the market next year following successful field trials.

But a number of Civil Society Groups including Food Sovereignty Ghana have kicked against the planned commercialisation saying it would have negative socio – economic as well as health impacts on Ghana. Currently, only three countries in Africa including South Africa have commercialised GMOs although it is popular in Northern and Southern America.

Daniel Aghan, Head of Communications and Advocacy at the African Seed Trade Association says there are numerous available opportunities for Africans to accelerate the development of the continent if more countries adopt GMOs.

“So, we are looking at it in terms of Ghana trying to participate in the global seed market… Look at Africa as the second most populous continent engaged in only 2 percent of the total global production of seeds. The story does not add up. Africa has to up its game,” he said.

President of the National Seed Trade Association of Ghana (NASTAG) Thomas Havor dismissed concerns the GMO crops are harmful and could damage the health of consumers. “The hesitance about GMOs is only because people do not understand it. But there is nothing unsafe about it,” he noted.